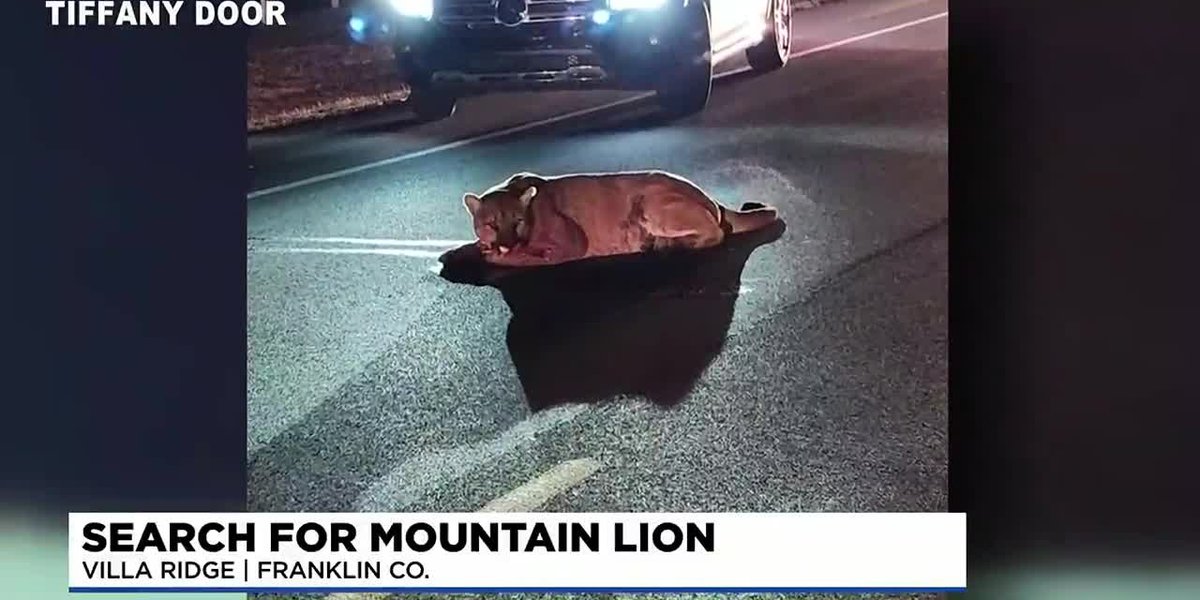 FRANKLIN COUNTY (KMOV) – A mountain lion is still at large after being hit by a car in Villa Ridge, Missouri.

The Missouri Department of Conservation searched for the big cat Monday night and into Tuesday morning on Old State Highway 100 near Highway T, but so far they have come up empty. Employees at a local grocery store said a mountain lion hit the trailer of one of their trucks.

“It went out and the trailer hit the animal and he backed off because he realized it wasn’t a deer or anything common,” said Austin Stratman of Straatmann Feed and Transfer Inc.

Patrice Pyatt with MDC said they still don’t know the gender of the lion. However, most of the mountain lions found in Missouri are males that came from the West in search of new territory.

“We have no indication that there is any danger to the public at this time,” Pyatt said. “We just ask that if anyone comes across the cat, please remember that it is injured and do not approach it.”

There have been about 100 mountain lion sightings in Missouri since the early 1990s, but only two more in the St. Louis area since 2011. The most recent incident was in 2017, when a mountain lion was killed near Warrenton, Missouri. .