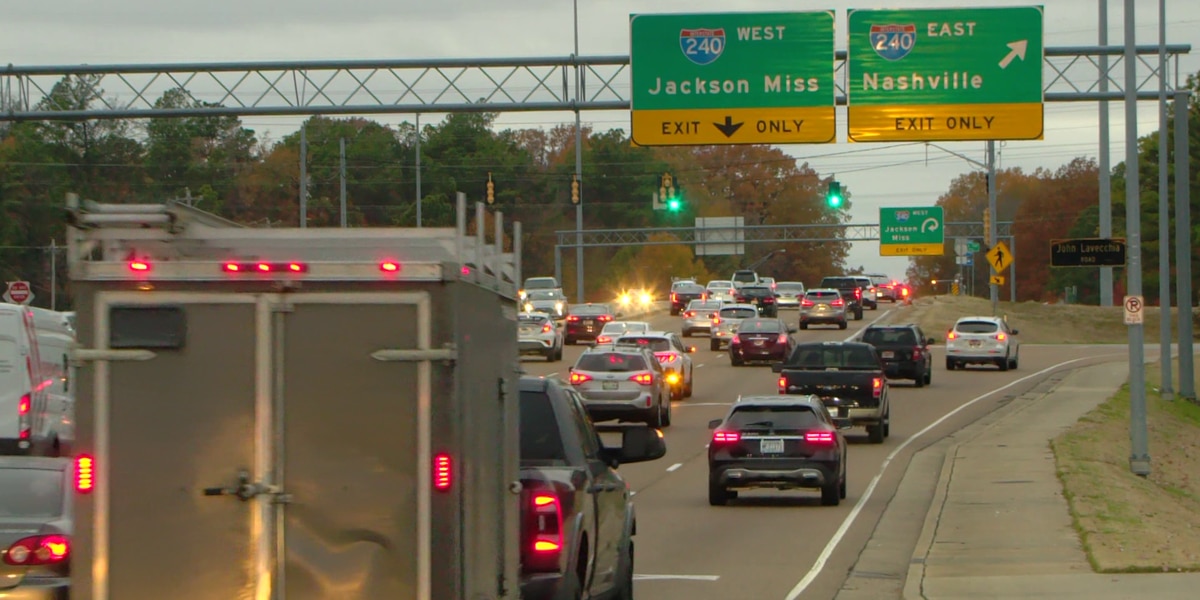 MEMPHIS, Tenn. (WMC) – Improving Tennessee’s roads and bridges is a top priority for Gov. Bill Lee in his second term. He called the state’s infrastructure proposal “Build with Us.”

The Tennessee Department of Transportation released a congestion study for all four of the state’s largest cities, which identified the worst congestion on highways and interstates. A congressional study of Memphis said at least $1.3 billion is needed to maintain state roads in Memphis. And that’s money the state doesn’t have right now, even with an $8 billion infusion from the Infrastructure Act passed by Congress, as state leaders have said they need $34 billion to meet all of their road construction goals.

Ask drivers what it’s like to navigate the highways and freeways in Memphis, and you’ll likely get similar answers.

“Horrible, I hate the streets of Memphis,” said University of Memphis student Raz Younis, “potholes everywhere and small streets in construction zones where everyone is in someone else’s lane because their car can’t park there, it’s horrible .”

“When you go around the 240 loop, it’s kind of rainy,” Elbert Donelson told Action News 5, “traffic sometimes gets backed up, and when you get to Sycamore View on I-40, that loop is always it’s full there.”

Number one on the list: Lamar Avenue, an important but closed corridor for Memphis’ trucking industry.

Third: Austin Peay Highway between Stage and Yale with more than 1,836 obstacles.

Winchester Road is 4th at Germantown Road with 1,547 obstacles.

And US 61, South third between Mitchell and Brooks rounds out the top 5 with 1,322 hurdles.

Governor Lee said Friday, “As Tennessee continues to experience unprecedented growth, it is critical that we invest in roads and bridges to take full advantage of our state’s success. I asked Commissioner Eley to look at the best practices across the country.” , to see what works and what doesn’t. The Build With Us plan will provide quality infrastructure in both rural and urban communities, without increasing gas taxes or debt burdens.”

A perfect example of state development is just down the road from Memphis: The Blue Oval City…Ford’s massive electric truck manufacturing plant in Haywood County. It brings welcome spots, but the extra traffic on I-40 is not so welcome.

“Oh, it’s bad. It’s going to get rougher and worse because they’re building that plant there,” said Charla Smith, whose daily commute takes her down that stretch of I-40. increased. so much between here and there.”

TDOT is already working on a $258 million widening of Lamar Ave. The study suggested a $950,000 expansion of Walnut Grove to relieve congestion by the Christian Brothers and Eastern Baptists.

TDOT Commissioner Butch Ely promised, “It will not involve any tax increase.”

The state is considering creating toll roads or toll lanes to increase revenue. You pay to ride an express line that gets you to your destination faster while paying for road construction projects. It’s an option Elbert Donelson said he’s willing to consider.

“When you need to improve highways,” he said, “you get money from tolls.” Memphis has a growth problem. Toll bridges and toll roads…it’s growing. It’s growing in Memphis.”

TDOT’s study proposed building new toll lanes on each side of I-40 from the 240 overpass east to Stage Road at an estimated cost of $118 million.

The study also proposed widening Walnut Grove through Shelby Farms Park from two lanes to three lanes in each direction. That idea was dropped a few years ago, so Action News 5 reached out to TDOT, Shelby Farms Park officials and Memphis city leaders for more information.

A spokesperson for the city of Memphis confirmed that there are no plans to do this road widening project any time soon.