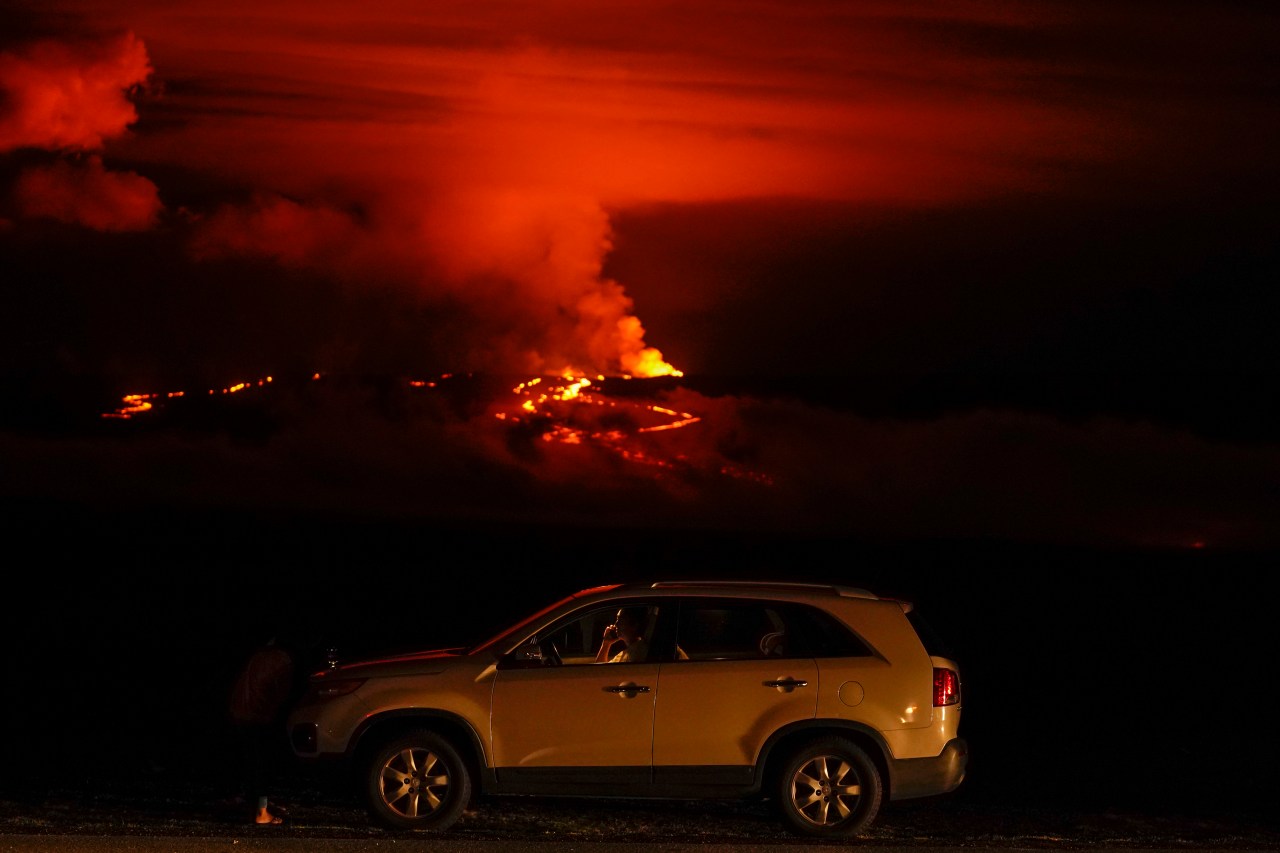 HILO, Hawaii (AP) – Many people on the Big Island of Hawaii are bracing for major upheaval if lava from the Mauna Loa volcano slides across a key highway and blocks the fastest route connecting the two sides of the island.

Molten rock could make the road impassable and force drivers to find alternative coastal routes to the north and south. This could add hours to commute times, doctor visits and truck deliveries.

“I’m very nervous about it being discontinued,” said Frank Manley, a licensed practical nurse whose commute is already an hour and 45 minutes each way from his home in Hilo to the Kaiser Permanente clinic in Kailua-Kona.

If the highway is closed, he anticipates a two-and-a-half to three-hour drive each way. Manley fears he could lose his pay if an accident or other traffic disruption on the alternative route delays his arrival.

The lava is slowly seeping out at a rate that could reach the road next week. But its path is unpredictable and could change course, or the flow could stop altogether and spare the highway.

The slow flow was flowing about 2.7 miles (4.3 kilometers) from the road on Friday, US Geological Survey scientists reported.

There are more affordable housing options on the east side of the island, where the county seat, Hilo, is located. But many jobs in beach resorts, construction and other industries are readily available on the west side, where Kailua-Kona is located. Saddle Road, also known as Route 200 or the Daniel K. Inouye Highway, connects the two communities.

The state Department of Transportation took steps Thursday to remove potential traffic disruptions on the North Coast Route by reopening a lane over the Nanue Bridge that had been closed for repairs.

Hilo is also one of the main ports on the island, where a wide variety of goods arrive by ship before crossing the island by truck.

“It’s going to take a lot to rethink how we navigate the island of Hawai’i,” she said.

Tanya Harrison of Hilo said she will need the entire day off to travel to her doctor in Kona.

There are more than 200,000 inhabitants of the Big Island. Amid throngs of tourists, delivery trucks and commuters forced to reroute, Harrison said she couldn’t imagine the crowds.

“It might even be faster to fly to Honolulu,” she said of the hour’s flight. “There is no line at the Hilo airport. Fly over, see a doctor, it would actually be faster to drive back.”

Outrigger Kona Resort & Spa plans to provide rooms at the Kailua-Kona hotel so its dozen or so employees in Hilo can avoid long commutes five days a week.

The shutdown could also affect major astronomical research at the summit of Mauna Kea, the 13,803-foot (4,207-meter) peak next to Mauna Loa that is home to some of the world’s most advanced telescopes.

The road leading to the summit of Mauna Kea is halfway between Hilo and Kona. If the lava crosses Saddle Road on either side of Mauna Kea’s access road, many telescope workers would be forced to take long, detour routes.

Rich Matsuda, associate director of external affairs at the WM Keck Observatory, said the telescopes may have to adjust staffing schedules and domestic workers at the facility halfway up the mountain for a while so they don’t have to commute.

There is also a chance that the lava flow could travel directly over the lower part of Mauna Kea’s access road, which could prevent workers from reaching the summit. Matsuda hopes to be able to use gravel or other bypass routes if that happens.

Telescopes have previously shut down due to multi-day or week-long winter storms. “So we’re willing to do it if we have to,” Matsuda said.

Hilo resident Hayley Hina Barcia is concerned about the difficulty of getting to surf spots on the west side and relatives in different parts of the island.

“A lot of my family is on the Pune side, and we have other family in Kona,” Barcia said. “We use this route to see each other, especially with the holidays coming up, to pass the time, so we’re looking to have to go a few hours longer to go the south route or the north route.”

Geologists with the Hawaiian Volcano Observatory said that if Mauna Loa follows historical patterns, they expect the eruption, which began Sunday night, to continue for one to two weeks.

Since then, traffic has blocked the road as people try to see the lava. Several of the resulting crashes included a two-vehicle crash that sent two people to the hospital with “non-serious injuries,” Hawaii police spokeswoman Denise Laitinen said.

U.S. Rep. Ed Case and U.S. Rep. Kaiali’i Kahele sent a letter to President Joe Biden saying Hawaii County will need “immediate assistance” to keep island communities safe if the lava flow blocks the highway. Two Hawaii Democrats pointed out that limited access could hinder emergency services because one of the island’s main hospitals is on the east side.