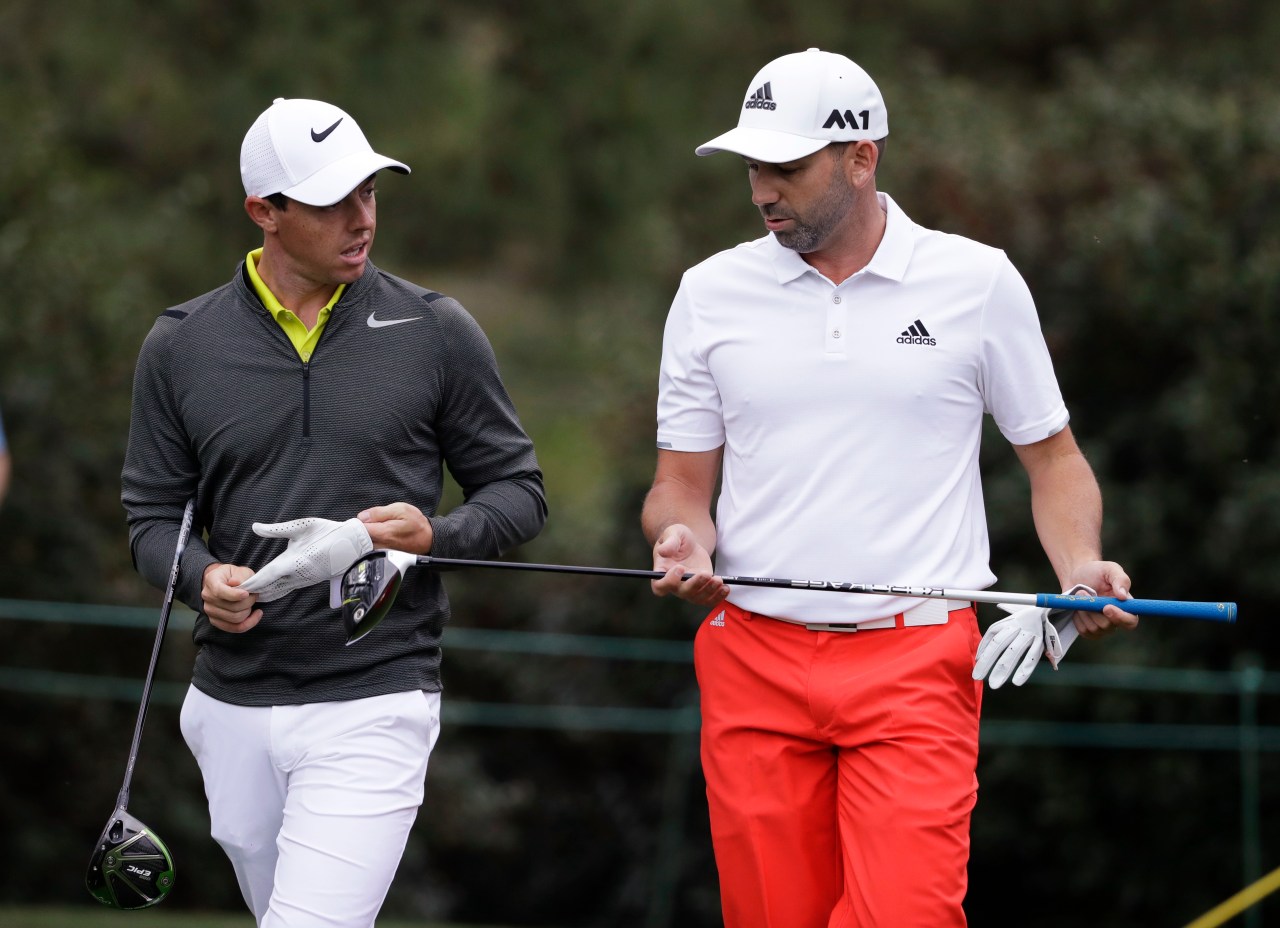 Rory McIlroy thought his differences with Greg Norman over a rival golf league funded by Saudi Arabia had been patched up. That changed when Norman accused him of “brainwashing” him with ruling golf.

“I thought, you know what? Now I’m going to focus on my job of being as much of a pain in his ass as possible,’ McIlroy said in a lengthy interview with the Sunday Independent in Ireland.

The interview with writer Paul Kimmage is the second of three parts. McIlroy also describes how his relationship with longtime friend Sergio Garcia has deteriorated.

McIlroy has been shooting at Norman since winning the Canadian Open in June, a day after LIV Golf wrapped up its inaugural event outside London. He went out of his way to point out that his 21st career PGA Tour victory was “one more than anybody else.”

“That gave me an extra boost today,” McIlroy said.

The reference was to Norman, who has 20 career PGA Tour wins and is now CEO and commissioner of LIV Golf.

When he had the opportunity to return to No. 1 in the world rankings at the CJ Cup in October, McIlroy was asked if he had a goal for how many weeks he wanted to be No. 1 for the rest of his career. He mentioned 332, which is one more than Norman.

As recently as last month in Dubai, McIlroy said the fractured state of golf between the PGA Tour and LIV Golf cannot be healed until Norman is out of the picture.

“I think Greg has to go. I think he just needs to leave stage left,” McIlroy said, adding that no one would be willing to talk “unless there’s an adult in the room.”

McIlroy said the rift began in February 2020 when talk of a “Premier Golf League” backed by Saudi money first surfaced. McIlroy was the first top player to say he was not interested, adding that he wanted to be on the right side of history.

He mentioned the moment Arnold Palmer stood up for the PGA Tour against Norman’s proposed World Golf Tour in 1994. Palmer’s words quickly put an end to that.

“He (Norman) wasn’t happy and we had a pretty testy back and forth and he was very condescending. ‘Maybe one day you’ll understand’ and all these (things),” McIlroy said in an interview with the Independent.

Then in April of this year, McIlroy watched an ESPN documentary about Norman’s meltdown over losing the 1996 Masters and was moved enough to send Norman a message that included: “I hope it reminds everyone what a great golfer you were.”

McIlroy said Norman sent him a heartwarming message after McIlroy lost a four-shot lead in the final round of the 2011 Masters.

“He was great,” McIlroy said. “So I told him, ‘Watching it reminded me of how you contacted me in 2011 and I just want to say that I will always appreciate it. That meant a lot. I know we have very different opinions on the game of golf right now, but I just wanted you to know that and I wish you the best.’

“So a bit of an olive branch, and he came right back, ‘I really think golf can be a force for good around the world. … I know our opinions disagreed, but I’m just trying to create more opportunities for every golfer around the world.’

“Good. Really nice,” said McIlroy. “Then, a few weeks later, he gives an interview to the Washington Post and says that ‘the PGA Tour brainwashed me.’

“We had this really nice back and forth and he says that for me.”

McIlroy added in the interview that the PGA Tour is lucky to have Norman involved with LIV because “I think if they had found someone less polarizing, LIV could have made more inroads.”

McIlroy said his two golfing idols were Woods and Garcia, describing the Spaniard as an exciting young player. They were at each other’s weddings; McIlroy was Garcia’s godfather.

McIlroy said he didn’t know Garcia was joining LIV Golf until the Spaniard told him on the range at the Wells Fargo Championship that he had a new plane and offered McIlroy a ride to the first LIV event near London.

The relationship soured at the US Open, a week after McIlroy won in Canada. McIlroy said in his interview that the players who joined LIV Golf this week took the easy way out.

“I was pretty offended and I gave him a few daggers back and that was it,” McIlroy said.