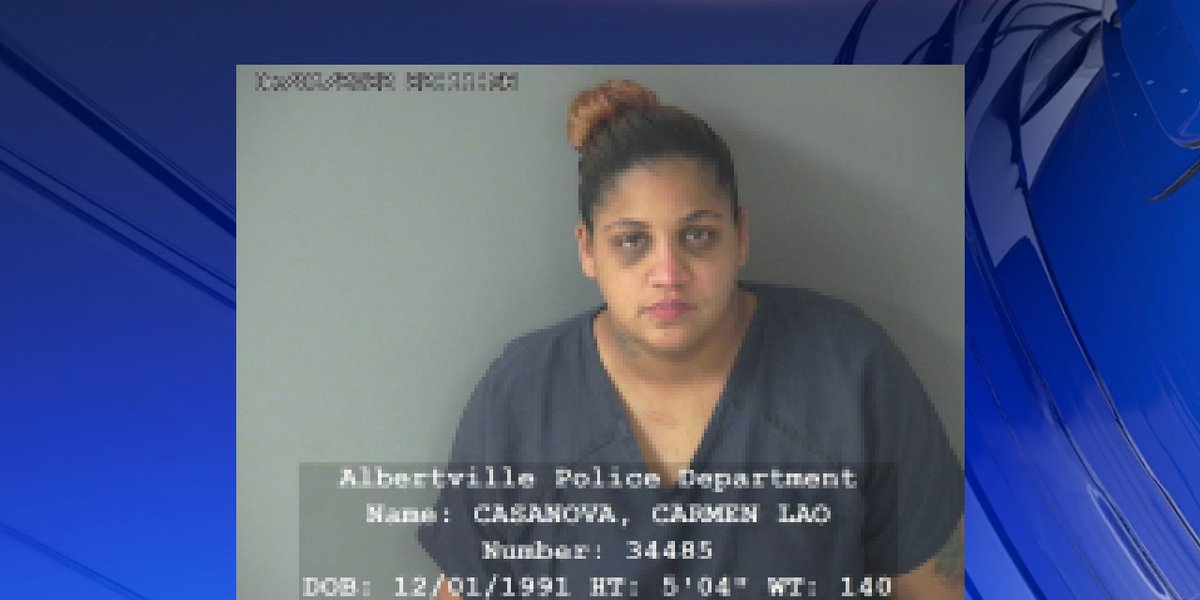 ALBERTVILLE, Ala. (WAFF) – An Albertville woman was arrested Thursday morning on charges of aggravated child abuse.

On Nov. 23, Albertville Fire Department paramedics responded to an address on 205 North for a child who was having difficulty breathing. Officials say when medics arrived, a woman ran outside carrying the small child, who appeared to be unconscious.

The child’s mother, Carmen Casanova, claimed the child had been involved in an accident and the child was taken to Marshall South Medical Center. Authorities say it was later determined the child needed to be transported to Children’s Hospital in Birmingham for life-saving surgery.

Medical workers believe that the child’s head injuries and other beatings were caused by something else. Law enforcement agencies were then notified.

After officers and the Marshall County DHR conducted an investigation through medical records and spoke with doctors, probable cause was determined to issue a warrant for Casanova’s arrest for aggravated child abuse.

Casanova turned himself into the Albertville Police Department on Friday morning. He is being transported to the Marshall County Jail, where he is being held on $250,000 bond.