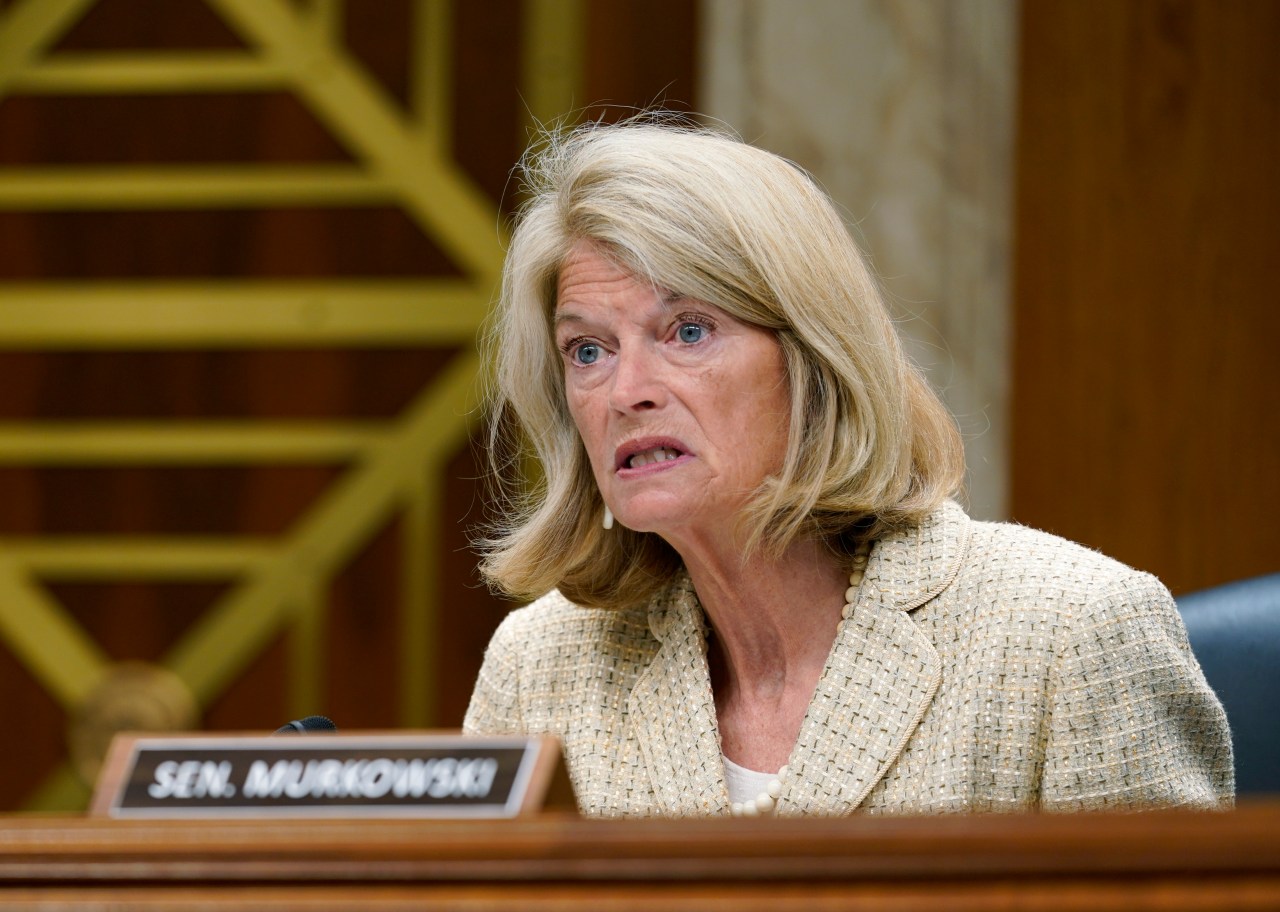 Murkowski defeated Tshibaka in the November 8 election. The results were announced on Wednesday, when election officials compiled the results of the ranked-choice election after no candidate won more than 50% of the primary vote. Murkowski finished with 54% of the vote after ranked-choice voting, picking up the majority of votes for Democrat Pat Chesbro after she was eliminated.

“I am honored that Alaskans – of all regions, backgrounds and party affiliations – have once again placed their trust in me to continue working with them and on their behalf in the U.S. Senate,” Murkowski said in a statement. “I look forward to continuing the important work ahead.”

In a statement posted on her website, Tshibaka congratulated Murkowski but criticized the ranked-choice vote.

“The new election system frustrates many Alaskans because it was undeniably designed as an incumbent protection program and it clearly worked as intended,” she said.

Also in the race was Republican Buzz Kelley, who suspended his campaign after the August primary and endorsed Tshibaka.

Murkowski was the only Senate Republican who voted to convict Trump in the impeachment trial last year and was on the ballot this year. Trump has not been convicted. But her voice has been a sore point for the former president, who has vowed to campaign against her.

In 2020, before that year’s election and well before Tshibaka jumped into the Senate race, Trump announced plans to campaign against Murkowski after she criticized him: “Get any candidate, good or bad, I don’t care, I support . If you have a pulse, I’m with you!”

He appeared at a rally in Anchorage in July for Tshibaka and Sarah Palin, whose race for Alaska’s lone seat in the US House he supported. He recently participated in a tele-rally for Tshibaka at the end of October. Tshibaka, who worked in the offices of federal inspectors general before leading the Alaska Department of Administration for two years, credited Trump with helping raise her name recognition and giving her candidacy a boost.

Murkowski, who was censured last year by state GOP leaders for wrongdoing that included her impeachment vote, paid little attention to Trump during a campaign in which she emphasized her willingness to work across party lines and focused on her record and tenure. Murkowski, a moderate who has been in the Senate since 2002, is the senior member of Alaska’s congressional delegation following the death in March of Republican Rep. Don Young, who served in the Alaska House of Representatives for 49 years.

Murkowski is no stranger to tough re-election battles. She won a write-in campaign in the 2010 general election after losing the Republican Tea Party primary that year. Entering this race, she had never won a general election with more than 50% of the vote.

This year’s elections were held under a new system approved by voters in 2020, which replaced party primaries with open ones and introduced ranked voting in general elections. Under an open primary system, the top four vote-getters, regardless of party affiliation, go to the general election. “Our US Senate election in Alaska proved to be another victory for Washington, DC insiders who rarely have our best interests at heart,” Tshibaka said in her post-election statement.

Tshibaka criticized a super PAC aligned with Senate Republican leader Mitch McConnell for running ads against her when she said those resources could have been used to help Republicans in other states.

She said she “ranked red” or Republican candidates on her ballot — but not in the Senate race. She said she does not consider Murkowski a “red” candidate.

“I didn’t vote for her either,” Murkowski said on Election Day.