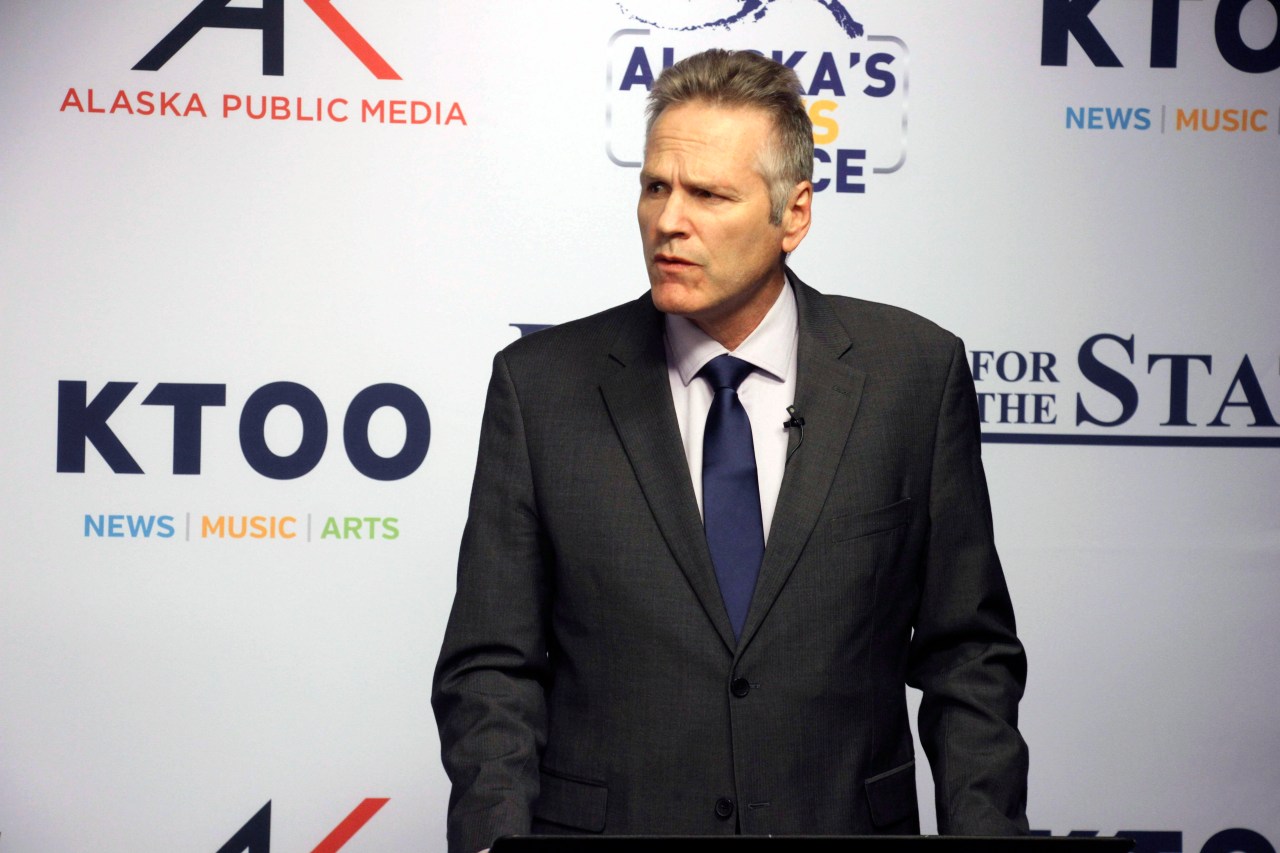 Dunleavy received over 50% of the vote after final results were announced Wednesday, and the race did not go to a ranked-choice vote.

Dunleavy said he’s relieved it’s all over and behind us and we can now focus on the next four years.

He credited the win to what he says was effective communication with Alaskans, a practice that began with the COVID-19 pandemic.

“We told the people of Alaska in the first press conference we had about the virus that we would communicate consistently, constantly and be transparent in everything we report to people, and that has become the norm,” Dunleavy said in a phone interview after the win.

“I think it strengthened the relationship between me and the people of Alaska,” he said.

Dunleavy, who faced an impeachment attempt during his first term, defeated challenges in the Nov. 8 election from former Gov. Bill Walker, an independent; Democrat Les Gara, a former state representative; and Republican Charlie Pierce, a former borough mayor who refused calls to suspend his campaign after being sued in October by a woman who said he sexually harassed her.

“We both wish Mike and Nancy strength as they tackle the daunting issues we all face, from struggling schools that impact opportunities for students to quiet but damaging crises, including lack of affordable childcare, affordable housing and grossly inadequate mental health workforce needed by children and adults living in crisis,” he said in a statement.

Dunleavy kept a low profile during the campaign, and Walker and Gara bemoaned his decision to appear in only a few debates.

Danleavy’s first term was marked early by tensions with lawmakers in both parties and impeachment attempts fueled by public anger over vetoes and budget cuts he proposed. Recall that supporters abandoned the effort last year, with the gubernatorial race looming.

Dunleavy said the dividend paid to residents this year from the Alaska Oil Wealth Fund was significant, which combined with a one-time energy assistance payment of $662 totaled $3,284 per person. He said the money will provide relief to Alaskans amid high inflation and energy costs. Last year’s dividend was $1,114. There is an annual application process and residency requirements to qualify for the dividend.

Walker said he thinks the payment, which lawmakers approved earlier this year amid a spike in oil prices, was beneficial to Dunleavy’s candidacy.

“It’s hard to argue about the money being sent,” he said in an interview after the election.

The amount available for dividends for years is determined by a formula. But Walker, while governor in 2016 and facing deficits, reduced the amount of funds available for checks. The size has since been set by lawmakers, who have used earnings from the oil wealth fund, long used to pay dividends, to also help pay government costs and limit what can be withdrawn from earnings each year.

Dunleavy has unsuccessfully sought a dividend according to the old formula for years. He later proposed that the annual withdrawal from earnings be split 50/50 between dividends and government spending. This year’s dividend was consistent with that approach.

Two public interest groups filed a complaint in September with the agency that enforces Alaska’s campaign finance rules, alleging improper coordination between Dunleavy’s campaign and a third-party group that supported Dunleavy’s re-election. The campaign denied any coordination. The investigation report was expected sometime after the election.

This year’s state election was the first since a divided federal appeals court last year struck down certain contribution limits, including limits on what an individual can give to candidates.

Gara was particularly critical of the decision and blamed the Dunleavy administration for not challenging the ruling. He said on social media that he will “be there to work on the voter initiative to restore limits on campaign donations for Alaska, so your votes are not treated as less important than the votes of outside donors.”

Dunleavy was running against Dahlstrom, a former state lawmaker who led the state Department of Corrections for much of Dunleavy’s first term. The lieutenant governor oversees elections in Alaska, among other responsibilities.