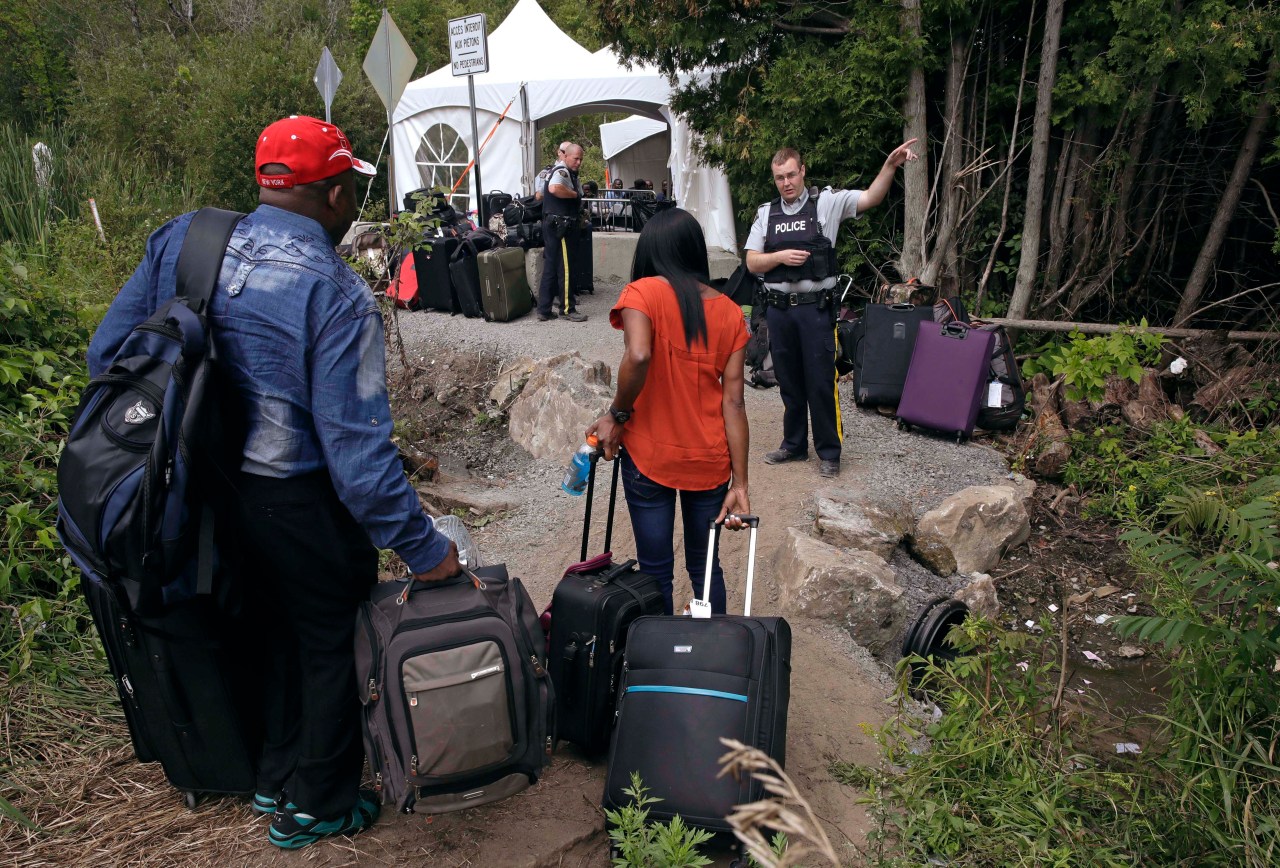 MONTREAL (AP) – Pedro Meraz says life in Colima, Mexico, has been like living in a war zone, with gunfire, burning cars and dismembered bodies left outside schools.

When his wife, Rocio Gonzalez, a 28-year-old lawyer who worked with abused women, started receiving death threats from the cartel and local authorities ignored her pleas for help, they knew they had to leave.

“They knew where we lived and what car we drove,” said Meraz, 41, who taught at the University of Colima, near the Pacific coast and about 300 miles west of Mexico City. “Feeling that you’re going to lose your life or one of your daughters, I don’t mind starting from scratch.”

The family is part of a growing number of Mexicans who have sought asylum in Canada this year. Due to the relative ease of obtaining asylum in Canada compared to the US, visa-free travel between Mexico and Canada, and the threat of violence at home, more than 8,000 Mexican nationals applied for refugee status in 2022. That’s nearly five times as many as last year and more than twice as many as in 2019, the last year before the COVID-19 pandemic and the travel restrictions that accompanied it.

The vast majority of them fly to Montreal, which has many direct flights to and from Mexico.

Among them is Viviana Tapia Gonzalez, a human rights activist and mother of four from Aguascalientes, about 425 kilometers northwest of Mexico City, who said she left Mexico in January after being attacked by the military. She said her work with the families of missing and murdered women and girls made her a target.

“The death threats were constant,” she said. “I thought it was the last option to be safe. I work for many causes and help many people. I didn’t want to stop helping, but I also have to protect (and) take care of myself.”

Tapia Gonzalez is living in a women’s shelter in Montreal while she awaits a decision on her asylum claim, which she fears may be rejected.

If her request was denied, she would not be alone.

In the first nine months of 2022, the Immigration and Refugee Board of Canada, an independent tribunal that investigates and decides asylum cases, completed more than 2,700 applications from Mexican asylum seekers. Of these, 1,032 were accepted, 1,256 were rejected; and the remaining 400-plus were either abandoned, withdrawn or had other outcomes, said Christian Tessier, an RBI spokesman.

In Canada, applicants must meet the United Nations definition of a “convention refugee,” meaning they are outside their home countries and have a well-founded fear of persecution if they return based on their race, religion, or political views. , nationality or belonging to a social group. Otherwise, they must prove that they are in need of protection and that they cannot safely return to their home countries without risking torture, cruel or unusual punishment, or death.

Yet despite the risk of rejection, the number of Mexicans seeking refugee status in Canada continues to rise.

Welcome Collective, a Montreal-based charity that provides essentials to new asylum seekers, said half of the group’s current clients come from Mexico — a 300% increase from earlier this year.

“They had to flee because of violence and other humanitarian reasons. To find a better place for their children,” said Flavia Leiva, volunteer and social work coordinator.

As for what’s causing the surge in sign-ups, Leiva suggested social media plays a role.

“There were YouTubers and some TikTok videos talking about how easy it is to come to Canada,” she said.

At least one YouTube video posted 10 months ago and made for a Mexican audience explains Canada’s immigration process in Spanish and has more than 4 million views.

It has been more difficult for Mexicans to seek asylum in the US since the start of the pandemic. The US public health rule suspending the right to seek asylum to prevent the spread of COVID-19 has hit Mexicans disproportionately hard. Title 42 authority has been used to deport migrants more than 2.4 million times since it was introduced in March 2020.

An added attraction to Canada is that Mexicans have not needed a visa to travel to the country since the Canadian government lifted that requirement in late 2016.

Leiva also suggested that more Mexicans may choose to come to Canada instead of the United States because they think it’s safer that way.

“In the US they are put in cages, the conditions are not so good,” said Leiva. “People don’t feel safe or protected.”

Meraz said he and his family decided Canada would offer them the best opportunity to start over.

“My wife researched the existence of international agreements to protect people who are at risk,” he said.

He referred to Canadian policies and regulations that protect women and children in addition to the country’s relatively low crime rate.

“The US was never in our thoughts, because there is a lot of violence … attacks that kill a lot of innocent people,” Meraz said. “Canada, statistically, has a very low rate of violence and has a much better quality of life than the US.”

He said his family chose Montreal over another Canadian city because of logistics, although he is reconsidering.

“If they asked me now if I would choose another place, then maybe,” Meraz said, noting that he and his family now have to learn French.

Hayet Mohammed, who manages the French language program at Carrefour Solidarité Anjou, a non-profit organization that helps newcomers settle in Quebec, said that not only is it easier to get refugee status in Canada, but there are plenty of resources for asylum seekers once they arrive.

“They can work as soon as they get refugee status and they are entitled to the (French) courses that (the Quebec Ministry of Immigration) gives them financial assistance and finally, there are many job opportunities and they are not in danger. that they found themselves unemployed,” Mohammed said.

“Being a newcomer myself with a small family, there is no other country that provides so many benefits to immigrants in terms of training, work and child benefits. All these things force people to leave their countries of origin and come to live here, thousands of miles away from their families,” she said.