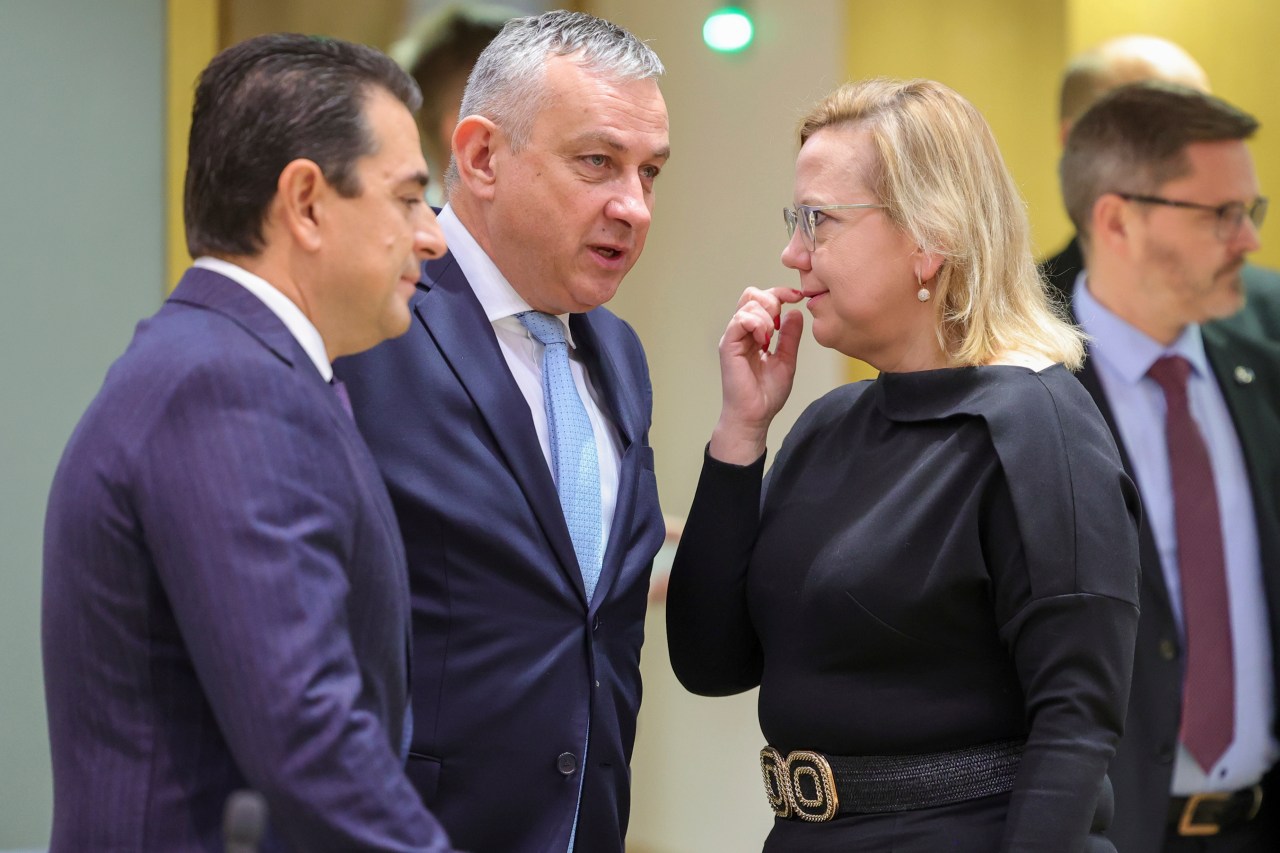 BRUSSELS (AP) – On the brink of winter, European Union countries have been unable to overcome bitter differences as they struggle to effectively protect 450 million citizens from huge increases in their natural gas bills as cold weather sets in.

Thursday’s emergency meeting of energy ministers only shows how the energy crisis linked to Russia’s war in Ukraine has split the 27-member bloc into almost irreconcilable blocs.

A huge spike in natural gas prices in August stunned all but the EU’s wealthiest, forcing the bloc to seek a cap to rein in volatile prices that fuel inflation. After several delays, energy ministers are back trying to break a deadlock between nations demanding cheaper gas to ease household bills — including Greece, Spain, Belgium, France and Poland — and those such as Germany and the Netherlands who insist the price cap could reduce supplies .

A solution was nowhere near the horizon – to the frustration of many.

Natural gas and electricity prices rose as Moscow cut supplies of gas to Europe, which is used for heating, electricity and industrial processes. European officials have accused Russia of waging an energy war to punish EU countries for supporting Ukraine.

Therefore, finding an agreement is not only about providing warmth to citizens, but also about showing a united front to Russian President Vladimir Putin.

Talks have dragged on for months, and even if a summit of EU leaders last month announced some sort of breakthrough, nothing has been seen on the ground. Nations have been waiting for a proposal from the European Commission, the EU’s executive body, to set a threshold for the price ceiling, and when it arrived on Tuesday, there was consternation and accusations that it would never work.

The commission has set a threshold for a “safety price ceiling” if prices exceed 275 euros per megawatt-hour for two weeks and are 58 euros higher than the price of liquefied natural gas on world markets.

In political language, this means that such a system may not even have avoided jumps like in August.

“Setting the ceiling at 275 euros is not really a ceiling,” said Greek Energy Minister Konstantinos Skrekas, who called for a ceiling that could be lower than 150 euros.

“We are wasting precious time without results,” he added.

For comparison, the price on Thursday was 125 euros per megawatt-hour on the European TTF. With the price down from summer highs, diplomats say the urgency has eased somewhat, although it could quickly pick up again if the weather is colder than usual and supplies tight.

About 15 nations are united in these views, but Germany and the Netherlands lead another group that wants to ensure gas supply ships do not bypass Europe because they could get better prices elsewhere.

“Security of supply is the most important thing. Europe must continue to be an attractive gas market,” said Estonian Economy Minister Riina Sikkut.

No decisive progress was expected at Thursday’s meeting.

Czech Industry Minister Jozef Síkela, who chaired the emergency meeting, said he was well aware of the “emotional reactions” the commission’s proposal had provoked and predicted the talks would be “quite angry”.

As a result of trade disruptions related to Russia’s war in Ukraine, EU countries have reduced the total share of Russian natural gas imports to the EU from 40% before the invasion to around 7%. And the gas storage has already far exceeded the targets and is almost at its capacity.

The EU has relied on increased imports of liquefied natural gas, or LNG, including from the United States, to help address falling Russian supplies.