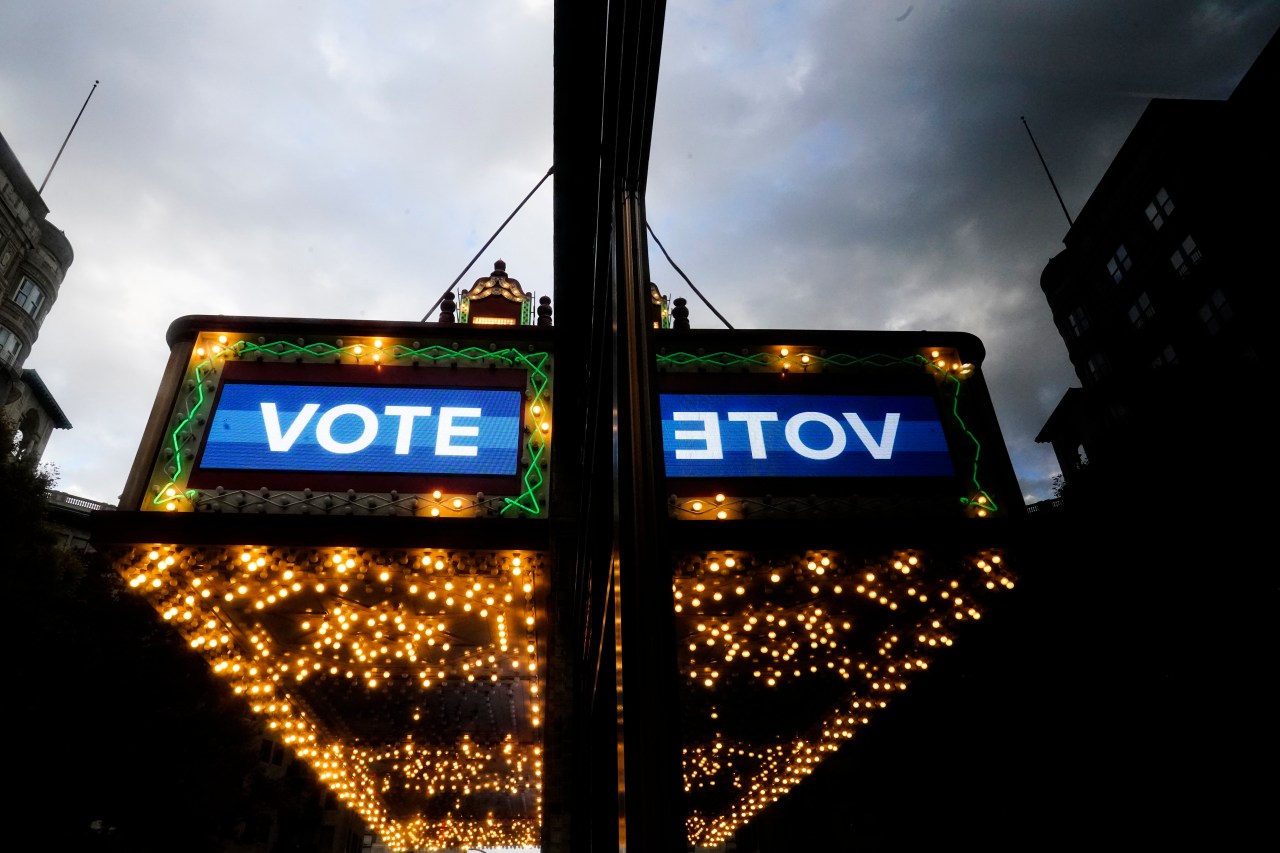 ATLANTA (AP) – Casting her ballot this month in one of the most politically competitive states in the U.S., Seung Lee was pleased to endorse Georgia’s Republican Gov. Brian Kemp for re-election. But when it came to the second-highest Republican on the ballot, Senate candidate Herschel Walker, she was uneasy.

She was just one of hundreds of thousands of voters across the US who cast their ballots this year in key contests for governor’s mansions and congressional seats.

Voters choosing to split their tickets or abandon their party altogether may have helped Democrats perform better than expected in the midterm elections. AP VoteCast, a comprehensive survey of this year’s electorate, highlights how voters have been selective in their choices despite today’s highly polarized political climate, often rewarding candidates considered mainstream and rejecting those deemed too extreme.

In Georgia, Kemp won more than 200,000 votes over Walker, a former football star who faced difficulties during his campaign, including his exaggerations about his business record, allegations of violence against his first wife and accusations from two ex-girlfriends that he paid for their abortions. His insufficient number of votes forced him into a runoff with Warnock.

While 7 in 10 Georgia voters said they enthusiastically supported Kemp, only about half of Republican Walker’s voters did, according to VoteCast. Among Walker supporters, about 4 in 10 said they supported him with reservations, and about 1 in 10 said they were simply opposed to the other candidates.

In other places, the dynamics were even clearer.

In Pennsylvania, Josh Shapiro won the governor’s race by a larger margin than John Fetterman in the Senate race, earning nearly 280,000 more votes. Fetterman, who suffered a stroke in May, battled concerns about his health in a tight race with Republican celebrity surgeon Mehmet Oz.

VoteCast showed that 8% of Pennsylvania voters split their tickets. Among voters who identify as Republicans, a significant 9% went to Democrat Fetterman, and an even higher 18% went to Shapiro.

The splitting of the ticket in this election was particularly noticeable given that it has been less evident in recent cycles “as voters have become more polarized and more partisan,” said Mr. Terry Madonna, senior fellow for political affairs at Millersville University in Pennsylvania. .

VoteCast shows that voters for Oz and Doug Mastrian, the Republican candidate for governor, were less enthusiastic than those for Fetterman and Shapiro.

Shapiro’s voters outdid fellow Democrat Fetterman in enthusiasm. Still, despite many voters’ lack of confidence in Fetterman’s health, VoteCast shows that voters in Pennsylvania were somewhat more concerned about Oz’s knowledge of the state.

About 4 in 10 voters for Republican Mastrian said they supported him with reservations, and about 1 in 10 supported him to oppose other candidates. Overall, about two-thirds of Pennsylvania voters were concerned that Mastriano, who ordered buses for people to attend a rally leading up to the Jan. 6 attack on the US Capitol, had views that were “too extreme.” Only about 4 in 10 said it was Shapiro.

Mastriano “had a base among (former President Donald) Trump’s most loyal supporters, which is why he got the nomination, but he couldn’t expand that base,” said Millersville University’s Madonna. “Establishment Republicans have also distanced themselves from him.” Madonna suggested that many were comfortable with that given some of Shapiro’s more moderate views, including on fracking.

In Wisconsin and Michigan, incumbent Democratic governors defeated Republican challengers endorsed by Trump and repeated his denial of a 2020 outcome.

Sixty-three percent of Wisconsin Gov. Tony Evers’ voters, but only 47% of Republican Tim Michels’ supporters, said they enthusiastically supported their candidate. About the same number of Michels voters said they supported him with reservations. By contrast, in the US Senate race, 54% of voters for the winning Republican incumbent, Ron Johnson, were enthusiastic about him.

Michels was the weaker candidate — “he had some liabilities,” said Charles Franklin, director of polling at Marquette Law School in Wisconsin. And in the Senate race, although Johnson was re-elected over Democrat Mandela Barnes, the margin was narrower than his victories in 2016 or 2010.

“I think there’s a strong case here that the Democratic turnout advantage has widened the governor’s race by just over two points from where it was four years ago, and in the process has also tightened the Senate race to just a one-point margin for Johnson,” Franklin he said.

In Michigan, Democratic Gov. Gretchen Whitmer was more enthusiastically supported than her Republican challenger, Tudor Dixon. More were concerned that Dixon was “too extreme” in her political views than said Whitmer, 62% to 46%. About 1 in 10 Republican voters supported a Democrat.

Arizona stands out from the rest in terms of enthusiasm. Democrat Katie Hobbs defeated Republican Kari Lake in the governor’s race despite Lake’s voters being more enthusiastic about the former television news anchor.

Lake, who has repeatedly suggested to “McCain Republicans” that they are not at home in her coalition, may have turned off more moderate members of the party.

As in other states, Arizona voters were more likely to be concerned that Lake’s political views were “too extreme,” compared to Hobbs’s, 59% to 51%. Eleven percent of Republican-identified voters supported Hobbs, a Democrat, including 25% of Republicans who identified as moderate or liberal.

“I think what you’re seeing is this strange coalition has developed … we call it the pro-Democrat coalition,” said Reed Galen, co-founder of The Lincoln Project, a GOP group that opposes Trump. “A combination of Democrats, independents and Republicans who are switching to the Democratic candidate because that’s the person they see as the most approachable.”

“But we shouldn’t underestimate how close many of these races were,” he added. “That’s why we call these things a small numbers game.”

Follow AP coverage of the 2022 midterm elections at https://apnews.com/hub/2022-midterm-elections. For more details on the AP VoteCast methodology, visit https://www.ap.org/votecast.