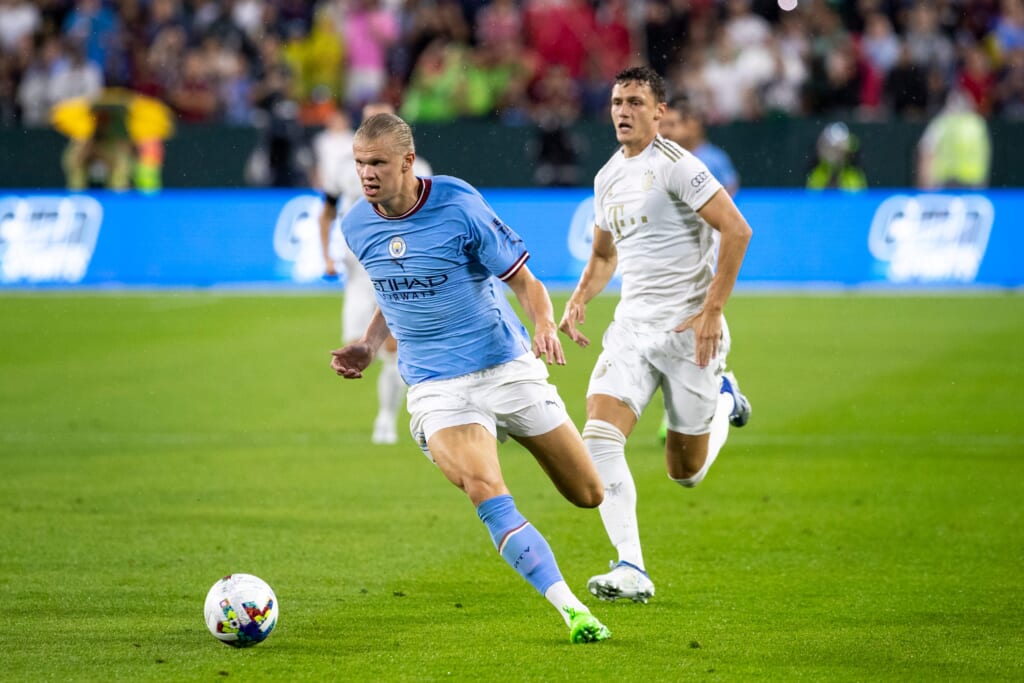 Whether you call it football or soccer, this beautiful game is gaining popularity in the United States. Swipe down to see today’s latest soccer game schedules from all the most popular leagues, including MLS and Premier League schedules.

Do not forget bookmark this page and check which of the biggest matches in the top leagues are broadcast daily on TV or on the web. These are the best football matches today.

Today there are four football matches in the Premier League. The EPL schedule includes Fulham vs. Bournemouth at 10:00 a.m. ET and Tottenham vs. Everton at 12:30 p.m. ET.

How to watch the Premier League?

You can find EPL games in the United States on USA Network, Universo, fuboTV, DirecTV Stream and Sling Blue.

For the second consecutive season, Manchester City stood above all others in winning the EPL Championship. They ended the season with a 3-2 win over Aston Villa. They have now won half a dozen EPL titles in the last 11 seasons.

How many games are there in the English Premier League season?

From August to May, the 20 teams in the EPL play each other twice — once home and away — in a double-round format. There are a total of 38 game weeks in the Premier League season.

Related: Who Are the 10 Greatest Soccer Players of All Time?

FIFA claims that truly organized football matches began in England in 1863. However, there is evidence that kicking the ball with real purpose dates back to second and third century Chinese military manuals.

Today, only two soccer games are played in MLS. The MLS schedule begins on Saturday with New York Red Bulls vs. FC Cincinnati at 12:00 PM ET, followed by LA Galaxy vs. Nashville SC at 3:00 PM ET.

How to watch MLS?

The next set of games on the MLS schedule can be seen on ESPN+, TUDN, Univision, Fubo TV and DirecTV Stream

Related: Get Paramount Plus today and watch live sports at an unbeatable price!

After a tie at the end of regulation and overtime, New York City FC and the Portland Timbers squared off in a penalty shootout in December. When all was said and done, NYC FC prevailed 4-2 in the shootout to become the 2021 MLS Champions.

How many games are there in the MLS season?

In total, the 26 teams in MLS — 23 based in the US and three based in Canada — play 34 games. With a set of 17 each at home and away. The regular season starts in April and ends in November.

How many players are there in the soccer team?

Similar to American football, soccer has 22 players on the field at once, 11 for each side. The groups consist of one goalkeeper and the other 10 arranged in positions such as defenders, midfielders and forwards.

There are no UEFA Champions League football matches today. The Champions League schedule continues on Tuesday, October 25, with a full eight games that include matches between Benefica and Juventus, as well as RB Leipzig against Real Madrid.

How to watch the Champions League?

You can follow the Champions League action in the United States on Paramount+.

Who won the championship last season?

In the 30th edition of the UEFA Champions League final, Real Madrid won their 14th league title by beating Liverpool 1-0. They are the most dominant team in Champions League history and have more than twice as many titles as the next best team.

How many matches are there in a UEFA season?

During the league season, which lasts from August to May, 32 teams play in group matches in which they face each other twice against other clubs from their group. Then they advance to the next round, which begins the knockout or playoff phase.

Who was the first football player?

The person believed to be the first official soccer player has led to some debate among sports historians. However, the two possible options, for the sport organized for the first time in England, are reportedly Englishman Robert Walker and Scottish Andrew Watson.

Two football matches are being played today in the Mexican Liga MX. The Liga MX schedule resumes at 7:06 PM ET with Monterrey vs. Cruz Azul, followed by America vs. Pueblo at 9:06 PM ET.

How to watch Liga MX?

Liga MX games can be found in the United States on TUDN, Univision, fubo TV and DirecTV Stream.

How many games are there in a Liga MX season?

Liga MX has 18 teams that play in two tournaments for one table during the season. The first set of games takes place between January and May, and the second from July to December. Which means Liga MX has two champions every year.

At the end of a long and tiring season, the Liga MX champion for the 2021 season was Cruz Azul. It was the club’s ninth league championship and the first since 1997. There was only one tournament in 2021.

How does football work?

The purpose of soccer is to work with a team of players — usually 11 — to move the ball up the field, using only the feet, and past the opposing team’s goal line. Official matches last 90 minutes with two halves of 45 minutes each.

Today, four football matches are played in LaLiga. The Spanish LaLiga schedule today features Valencia vs. Elche at 10:15 a.m. and Mallorca vs. Sevilla at 12:30 p.m. ET.

How to watch LaLiga?

You can watch LaLiga matches in the United States exclusively on ESPN+.

In May, Real Madrid — one of the most storied franchises in La Liga history — clinched the 2021-22 title with a 4-0 win over Espanyol. It was the club’s 35th league championship.

How many games are there in the LaLiga season?

During the season that runs from August to May of the following year, the 20 teams in LaLiga play a schedule of 38 games. Facing every team in the league at least once home and away.