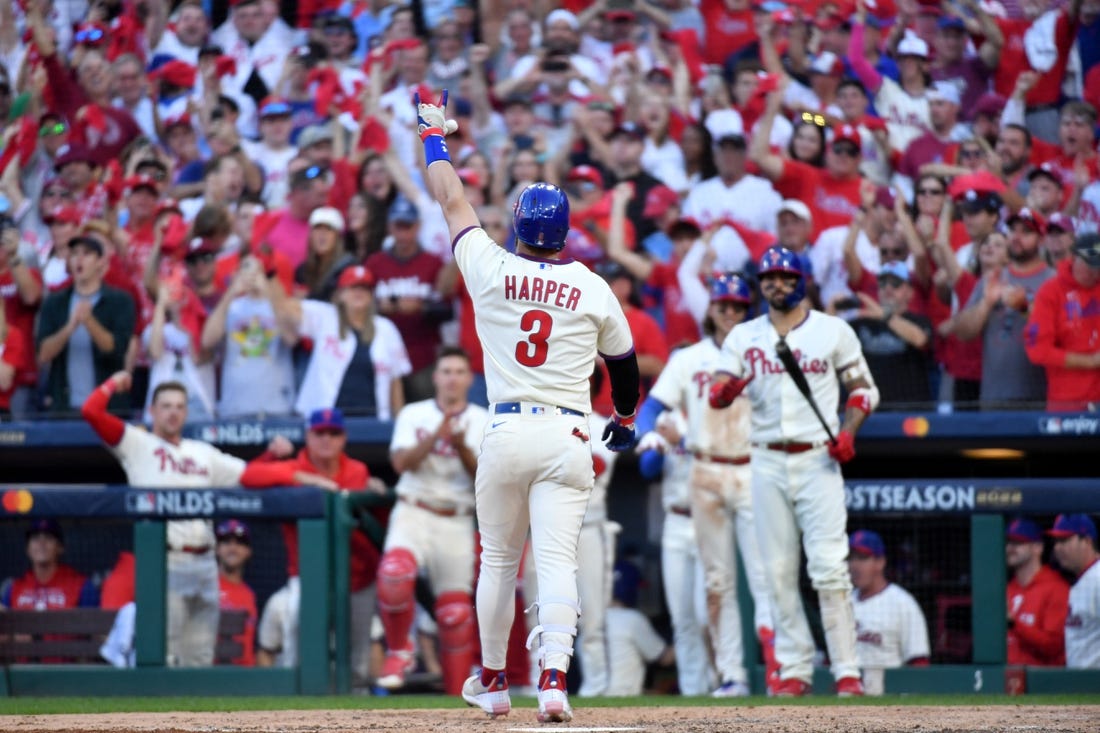 Brandon Marsh hit a three-run homer in the second inning Saturday afternoon for the host Philadelphia Phillies, who never looked back in Game 4 of the National League Division Series as they eliminated the defending World Series champion Atlanta Braves 8-3.

The Phillies, who finished 14 games behind the 101-win Braves, the division champions in the NL East and have the worst record of any playoff team, will play either the San Diego Padres or the Los Angeles Dodgers in the NL Championship Series next week. The Padres lead the Dodgers two games to one heading into their game in San Diego later Saturday.

It will be the first trip to the NLCS for the Phillies since 2010.

Braves starter Charlie Morton got out of first and third with no outs in the first before the Phillies jumped ahead in the second. Alec Bohm led off with a single off Morton’s elbow and went to third on Jean Segura’s single, then Marsh, the ninth-ranked hitter, singled to right.

The Braves cut the deficit in half after Orlando Arcia lined a one-out homer off Noah Syndergaard in the third, but catcher JT Realmuto led off the bottom half with an inside-the-park homer off Collin McHugh after Morton couldn’t go on after trying to warm up.

Realmut’s long fly to the left-center wall eluded center fielder Michael Harris II and the ball flew into right-center. Harris chased the ball without any assistance from right fielder Ronald Acuna Jr. as Realmuto raced around the bases for the first inside-the-park homer by a catcher in MLB history. It was also the first Phillies inside-the-park homer ever in the postseason.

Matt Olson homered against Andrew Bellatti with one out in the fourth, but the Braves got the tying run at just one run before the Phillies added three runs in the sixth on back-to-back RBI singles by Rhys Hoskins, Realmuto and Bryce Harper.

Travis d’Arnaud homered for the Braves in the seventh, but Harper hit an opposite-field shot in the bottom half to make it 8-3.

Seranthony Dominguez, the Phillies’ sixth pitcher, struck out the side in a 1-2-3 ninth off whiffing d’ARnaud to end the game and start a rapturous celebration on the pitchers’ mound.

The victory went to Brad Hand (1-0), who threw a scoreless fifth. Syndergaard surrendered just a hit to Arcia while striking out three in three innings.

Morton, who left after pitching to warm up in the third, gave up three runs on four hits and one walk while striking out three in two innings.