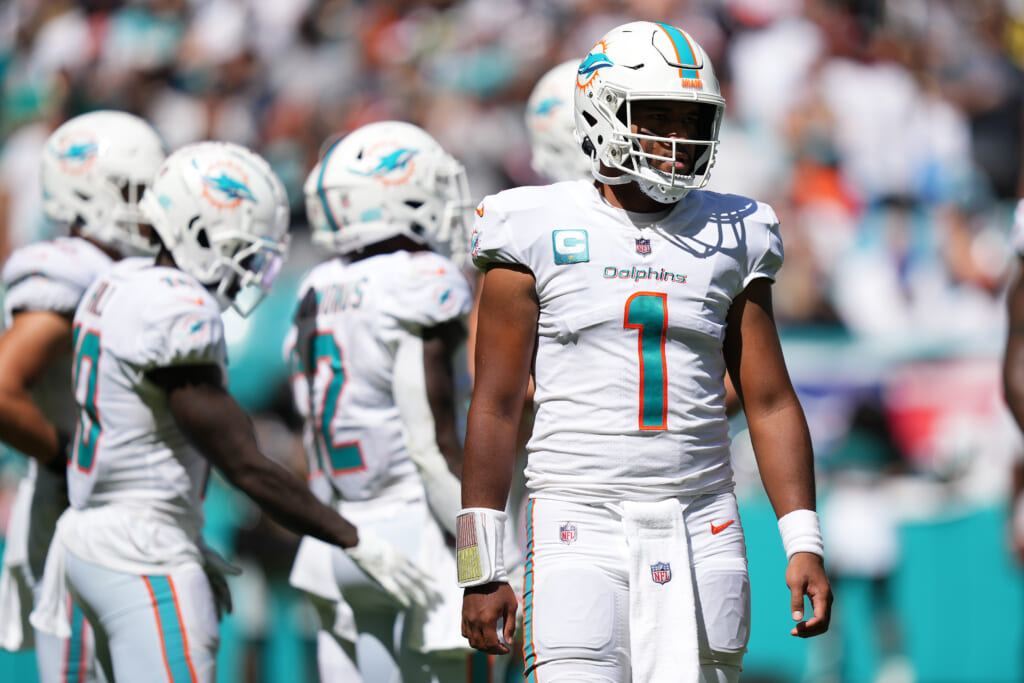 Miami Dolphins starting quarterback Tua Tagovailoa has reportedly gone through NFL concussion protocols. However, he will not be ready in time to play for the team on Sunday afternoon.

The Dolphins organization and their fan base got some great news Saturday morning when ESPN NFL Insider Adam Schefter has reported that Tagovailoa has finally ended his week-long saga in NFL concussion protocols.

In the report, Schefter added that Tagovailoa sought advice from four neurologists outside the organization and that all who reviewed his scans agreed there was no evidence of long-term damage to his brain.

The 24-year-old hasn’t suited up since leaving the field on a stretcher after smashing his head on the turf while getting sacked in the Week 4 loss to the Cincinnati Bengals. That effort came just days after he suffered a likely misdiagnosed concussion in the team’s win over the Buffalo Bills.

Related: NFL Offensive Rankings – Find out which teams have the best offensive units in football

Mistakes by the Dolphins’ medical staff and independent doctors in Week 3 led to significant changes in NFL systems to identify concussions during matches.

What the return of Tua Tagovailoa means for the Miami Dolphins

Not surprisingly, the Dolphins offense has suffered greatly since Tagovailoa’s injury two weeks ago. They lost both games after he sat out the Bengals and couldn’t score more than 17 points in each game. Through the first three weeks of the season, Miami has been one of the most explosive offenses in the NFL as they have scored 20, 42 and 21 points in games against the Patriots, Ravens and Bills.

What has hurt the team since their starter’s injury is that backup Teddy Bridgewater also suffered a concussion in last week’s loss to the Jets. Leaving third-string QB Skylar Thompson to play much of that disastrous game. Along with the revelation that Tagovailoa has been cleared to return, Schefter also reported that Bridgewater is also out of the concussion protocol and expects to play in Week 6 against the red-hot Vikings.

Before the injury, Tagovailoa was having the best season of his three-year career. The former Alabama star had more than 1,000 yards passing in just three and a half games, with eight touchdowns and a 109.9 passer rating.