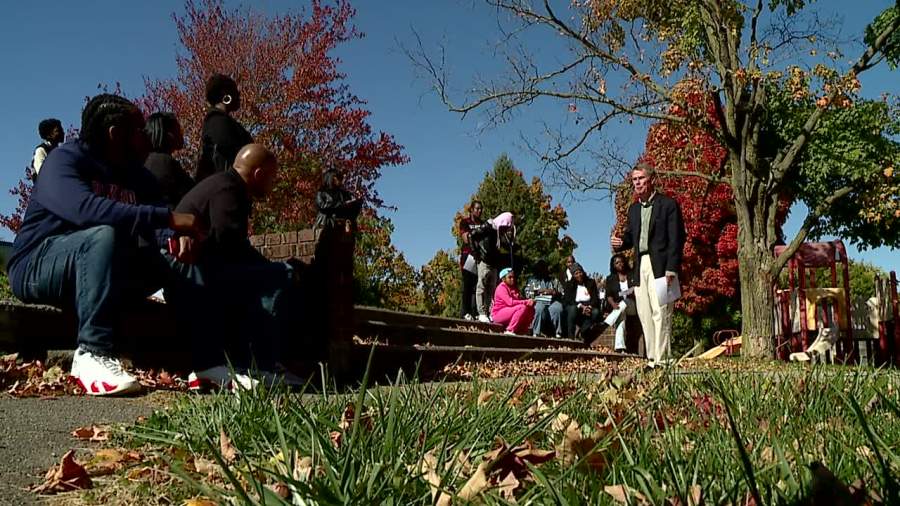 INDIANAPOLIS — In just the first two weeks of this month, the city has seen at least 17 homicides.

Recent Indianapolis crime data shows October is historically one of the city’s deadliest months. Now leaders are encouraging communities to come together and disrupt this deadly trend.

City residents, police and religious leaders gathered Saturday in Washington Park for a prayer vigil calling for an end to gun violence.

“The month of October was, frankly, a tough month,” said Mayor Joe Hogsett.

There were at least 17 murders in the first two weeks of October, each taking a loved one from the family. Among them is Dajuan Barnett, who was shot and killed in his pickup truck last weekend.

“It’s heartbreaking,” said Amana Turner, Dajuan’s mother. “Someone took my son, someone took away the father of my daughter.”

At Saturday’s vigil, Mayor Hogsett said the city can’t control its way out of its crime problem.

“The root causes of crime and gun violence in our city can only be addressed by the neighborhood and the community itself,” Hogsett said.

The anti-gun vigil was aimed squarely at the city’s young people, who leaders said are often involved in violence. They said the youth will also be the ones to lead the change.

“These kids don’t have a lot of love that they need,” said Antonio Patton of the Office of Public Health and Safety. “Because they’re trying to figure it out for themselves.”

Patton said it is vital for the community to support its youth. He also said it starts with reaching out.

“It’s our job to step in and help in any way we can,” Patton said. “And we do that by coming together in love and showing up.”

With so many lives already lost, it’s hard to see an end in sight. However, the mayor, police and priests say that the only way to get there is together.

“Together we can fix what’s wrong in our community,” said an unidentified vigil attendee.

Many murders remain unsolved so far this month. Anyone with any information is asked to call Crimestoppers at (317) 262-TIPS.