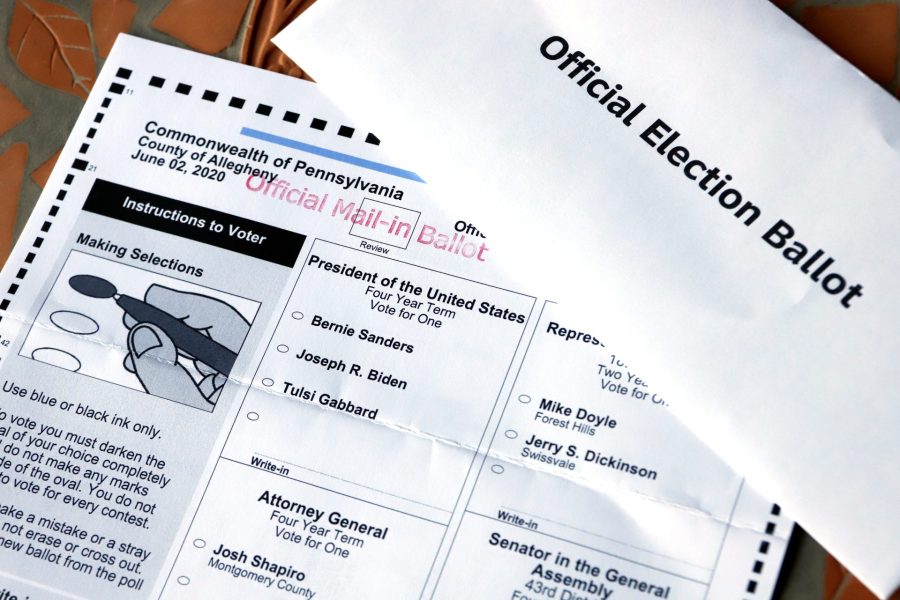 HARRISBURG, Pa. (AP) – The U.S. Supreme Court has overturned a lower appeal decision of the court Tuesday on how mail-in voting rules were applied in Pennsylvania elections, adding an element of uncertainty to voting procedures four weeks before the state’s high-stakes gubernatorial and Senate elections.

The vacated judges a decision in May by the 3rd U.S. Circuit Court of Appeals that mail-in ballots without the required date on the return envelope must be counted in the 2021 Pennsylvania judicial race.

A lower court said the state election law’s requirement of a date next to the voter’s signature on the outside of return envelopes was “irrelevant.” That lower court said it found no reason to refuse to count ballots withdrawn in the Nov. 2, 2021, election for common pleas judge in Lehigh County.

Those votes were enough to propel Democrat Zac Cohen to victory in the race. He has since been sworn in, and the new United States Supreme Court decision is not expected to overturn Cohen’s election results.

In the latest decision, the justices ruled 7-2 that the Third Circuit must “dismiss the case as moot.”

Joshua Voss, an attorney representing the defeated Lehigh County judge candidate, Republican David Ritter, said the effect of the high court’s new ruling is to return state law to where it was.

“The State Department should definitely update its guidance,” Voss said. “But at the end of the day, the elections are run by the counties and the counties will have to assess what the state of the law is.”

In a previously scheduled call with reporters Tuesday morning, Acting Secretary of State Leigh Chapman said she had just been notified of the ruling and that “we are reviewing that decision and will be providing guidance to counties accordingly.” Chapman works in the administration of Gov. Tom Wolf, a Democrat.

Chapman made a statement about this decision shortly before 2 p.m.

“Each county is expected to include undated ballots in its official returns for the Nov. 8 election, in accordance with State Department guidance. Those guidelines followed a recent ruling by the Pennsylvania Commonwealth Court that both states of Pennsylvania and federal law prohibits the exclusion of legal votes because a voter omitted an irrelevant date on a ballot return envelope. Today’s order by the US Supreme Court overturning the Third Circuit’s decision on mootness is not based on the merits of the issue and in no way affects the Commonwealth Court’s prior decision. It provides no justification for counties to exclude ballots based on a minor omission, and we expect counties to continue to fulfill their obligation to count all legal votes.”

Voss argued to the Supreme Court that the Third Circuit’s ruling had already been cited in other cases, but that it should be declared unnecessary.

He said it’s possible there could be more litigation over the undated envelopes if the race closes in November and a candidate wants to seek a judicial review.

“I don’t know about ‘probably’ because that would require a close race. So, possible? Yes. Probably? I do not know. Remember, these ballots made the difference in Ritter’s race, which is why the case existed,” Voss said.

Pennsylvania allowed only limited use of absentee ballots until 2019, when state law authorized them for voters who did not otherwise qualify from a list of acceptable excuses.

A lawsuit by Republican lawmakers a challenge to the vote-by-mail law is pending in state court, while it is before the state Supreme Court in August supported the law against a special challenge.

More than 2.5 million Pennsylvanians voted by mail during the 2020 presidential election, most of them Democrats, out of a total of 6.9 million votes cast. Chapman said Tuesday that more than 1.1 million absentee and vote-by-mail ballots had been requested for the fall General Election.