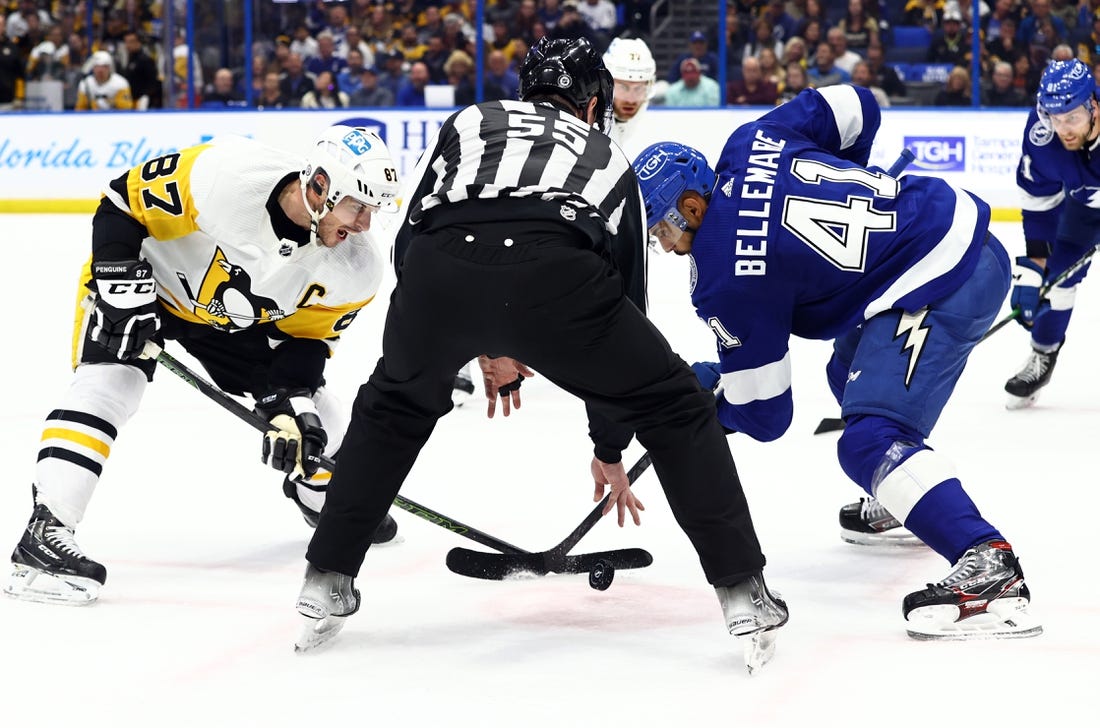 The Lightning have been to the Stanley Cup Finals three years in a row, winning the first two times before falling to Colorado this year.

The Penguins have lost in the first round of the playoffs four years in a row, but they attribute that mostly to key injuries and poor goaltending. Of greater importance to them is the fact that their top three veterans, each with three Cup rings, return for their 17th season together and possibly another extended postseason.

Centers Sidney Crosby and Evgeni Malkin, and defenseman Kris Letang set the record for longevity for three teammates in the NHL. When they took the ice Thursday for Pittsburgh’s opener against Arizona, the players tied Derek Jeter, Mariano Rivera and Jorge Posada of the New York Yankees and Jorge Posada from 1995-2011 for the longest three-team streak in major North American sports history.

Perhaps the biggest concern of the Penguins’ big three is Malkin, who was re-signed at the last minute over the summer to avoid free agency and has played just half the season in 2021-22 after major knee surgery.

But Malkin and the other two may have helped dispel doubts when, against the Coyotes on Thursday, Crosby had a goal and two assists, Malkin scored a goal and Letang had two assists in a 6-2 win.

“We still have fun every day,” Malkin said. “We play against each other and joke around. We are like children, but big children. We have fun every day, not only on the ice, but in the locker room, on the plane, in the hotels. Just try to enjoy life.

Still, he takes the games seriously.

“The game is a big game against Tampa,” Malkin said. “Every day, every game you have to get better, not just against a (rebuilt) team like Arizona. We have to play better every game against the top (teams), too.”

Pittsburgh could have a few advantages on Saturday. The Lightning played Friday, a 5-2 win in Columbus while Pittsburgh did not play, and Tampa Bay No. 1 goaltender Andrei Vasilevskiy, a former Vezina Trophy winner, made 26 saves.

That means backup Brian Elliott is likely to make his first start of the season Saturday and is expected to face No. 1 Pittsburgh, Tristan Jarry.

Tampa Bay opened the season with a 3-1 loss to the New York Rangers and will close out a three-game road trip against the Penguins to open the season.

The Lightning were outscored in their opener 39-25, but turned it around on Friday, outscoring the Blue Jackets 39-28.

“It was a turnaround compared to the other night in New York. We were the better team (Friday),” Tampa Bay coach Jon Cooper said. “It was a well-rounded game, something we needed, and now we just have to carry it over to (Saturday).

“I think everyone played well. Did we make any mistakes? We are. I think (Vasilevski) was there to bail us out when we needed it.”