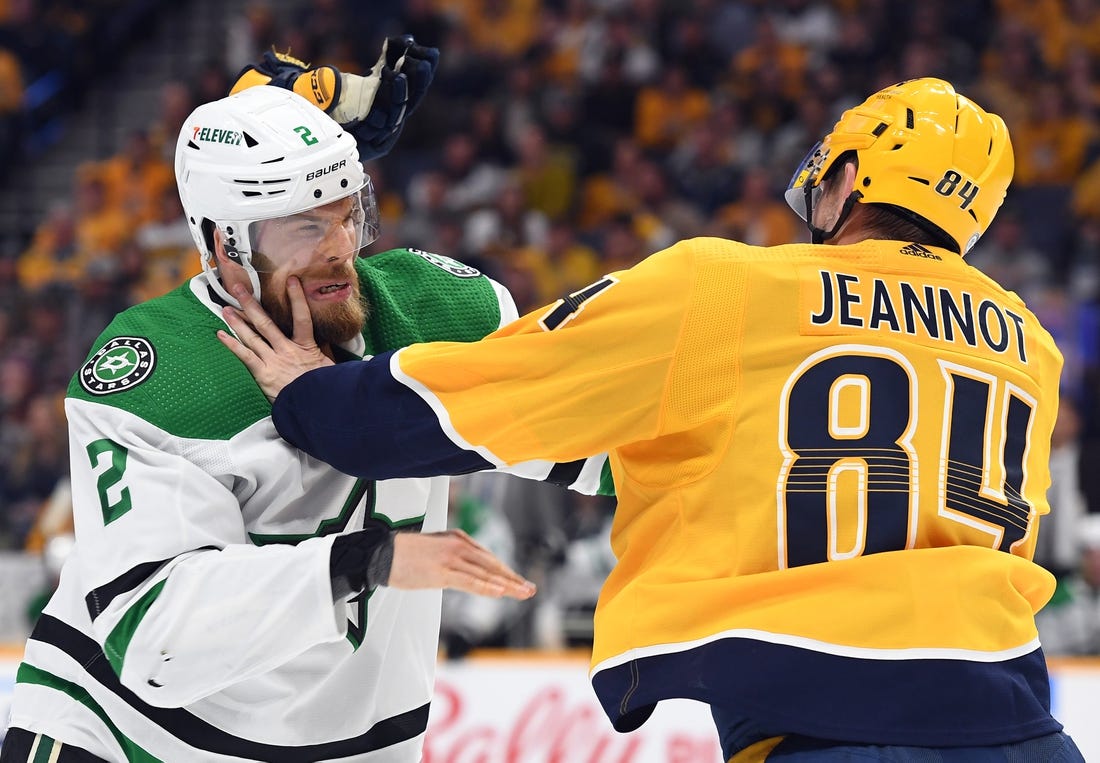 The Peter DeBoer era couldn’t have gotten off to a better start for the Dallas Stars.

“If you were to draft it, that’s probably what it would look like,” DeBoer said after earning his 514th NHL win as a coach. “Tough build up against a really good team. I thought we had good teamwork. There were no passengers tonight. I thought everyone contributed.”

But DeBoer and the Stars have little time to savor the win because of a rematch Saturday night in Dallas.

“Our special teams was good, our goaltending was good, our young guys came into a really tough building, fought hard, competed and didn’t look overwhelmed,” DeBoer said. “There were a lot of good things. But now we have to turn around and do it again on Saturday.”

Johnston became the youngest player in Stars history to score in his debut. DeBoer wasted no time putting the 2021 first-round pick on ice by inserting the 2022 Ontario Hockey League MVP into the starting lineup.

“You only play the first game once, so you’re good to go,” DeBoer said. “He was great. He was not burdened in any situation we threw at him. He’s not surprised he scored. He has a special element about him.”

Marchment, who signed a four-year, $18 million contract after his season-ending stint with the Florida Panthers, also shined with two goals in the first period as Dallas took a 3-0 lead after two periods.

Marchment’s first goal 2:31 into the game was especially impressive to DeBoer. It went around 2020 Norris Trophy-winning defender Roman Josi, then went up and past goalkeeper Juuse Saros.

“Man, that was a big goal,” DeBoer said. “There were visions of Mario Lemieux. I think he was visiting Josi, wasn’t he? That’s… wow. I knew he was a good player, I didn’t know how much skill he had.”

“I don’t think it could have gone any better,” Marchment said. “We got a big win and I couldn’t have asked for a better start.”

Dallas finished two for four on the power play with Marchment and Johnston scoring.

“Obviously their power play gave them momentum; ours are not tonight,” Nashville defenseman Mattias Ekholm said. “So that’s something we’re going to have to work on.”

Nashville’s Ryan Johansen scored at 4:53 of the third period to make it 4-1 and give the sellout home opener at least something to cheer about.

“We all know how great our fans are and how much we love them,” Johansen said. “It stinks now, but there is still a lot of hockey left and we will be better. We should have done better (tonight).”

Despite the loss, the Predators still hold the lead in the Central Division with four points as they head to Dallas for their first road game on US soil. On October 7-8, Nashville swept San Jose in two games in the Global Series in Prague, Czech Republic to open the NHL season.