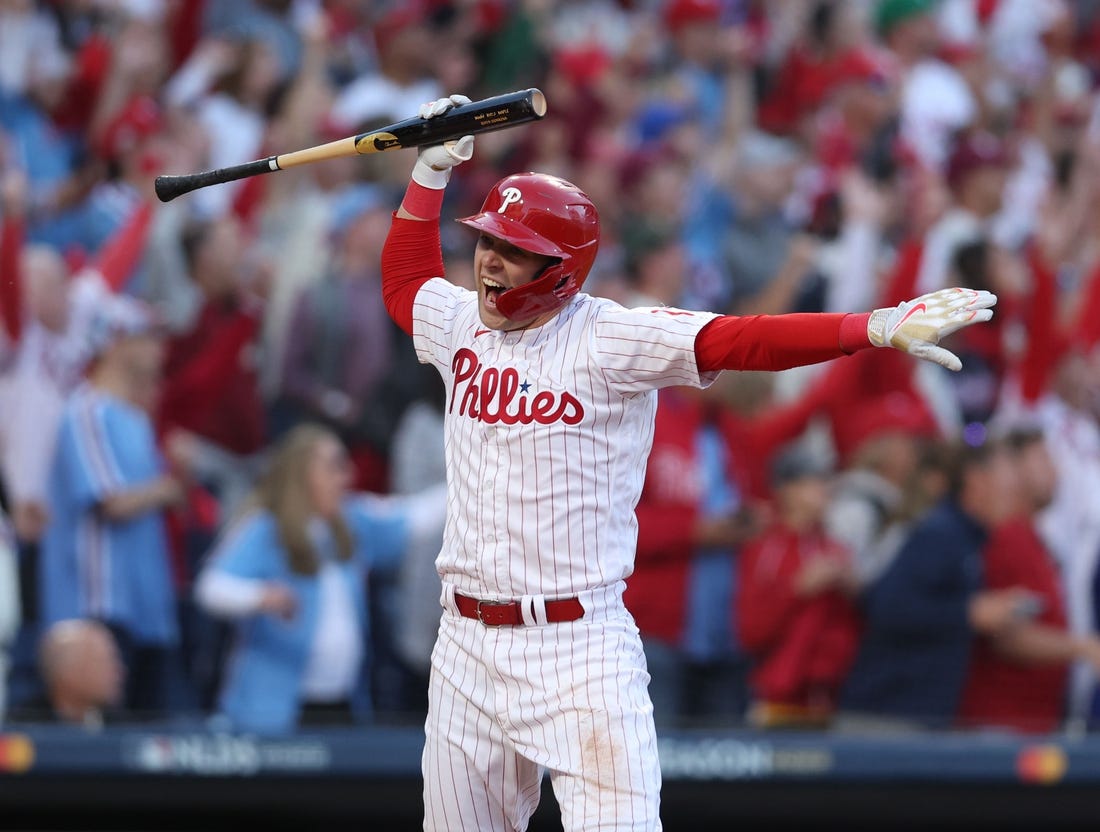 PHILADELPHIA – Rhys Hoskins hit a three-run homer, Bryce Harper added a homer, a double and three RBIs, and the host Philadelphia Phillies defeated the Atlanta Braves 9-1 to take a 2-1 lead in the National League Division Series on Friday.

The fourth game will be played on Saturday afternoon.

Nick Castellanos had two hits and two RBIs and Bryson Stott had an RBI double for the Phillies, who played their first playoff home game since 2011.

Ronald Acuna Jr. reached first base on a throwing error by Alec Bohm with one out in the third inning. Dansby Swanson flied out to center and Matt Olson popped out Bohm on the mound.

Brandon Marsh walked on four pitches to open the bottom of the third. Jean Segura struck out, but Marsh advanced to third on a two-base throwing error by Strider with Stott at the plate. Stott followed with an RBI double to right.

After an intentional walk to Kyle Schwarber, Hoskins launched a three-run homer to left for a 4-0 lead.

JT Realmuto singled and Harper added a two-run shot for a commanding 6-0 lead.

In the fourth, d’Arnaud doubled with one out but was stranded.

The Braves took advantage of a Hoskins fielding error in the sixth, which led to Harris’ RBI single to make it 6-1.

Harper hit an RBI double in the seventh, which Harris nearly caught on the fence, for a 7-1 lead. Castellanos followed with a two-run single for an eight-run lead.