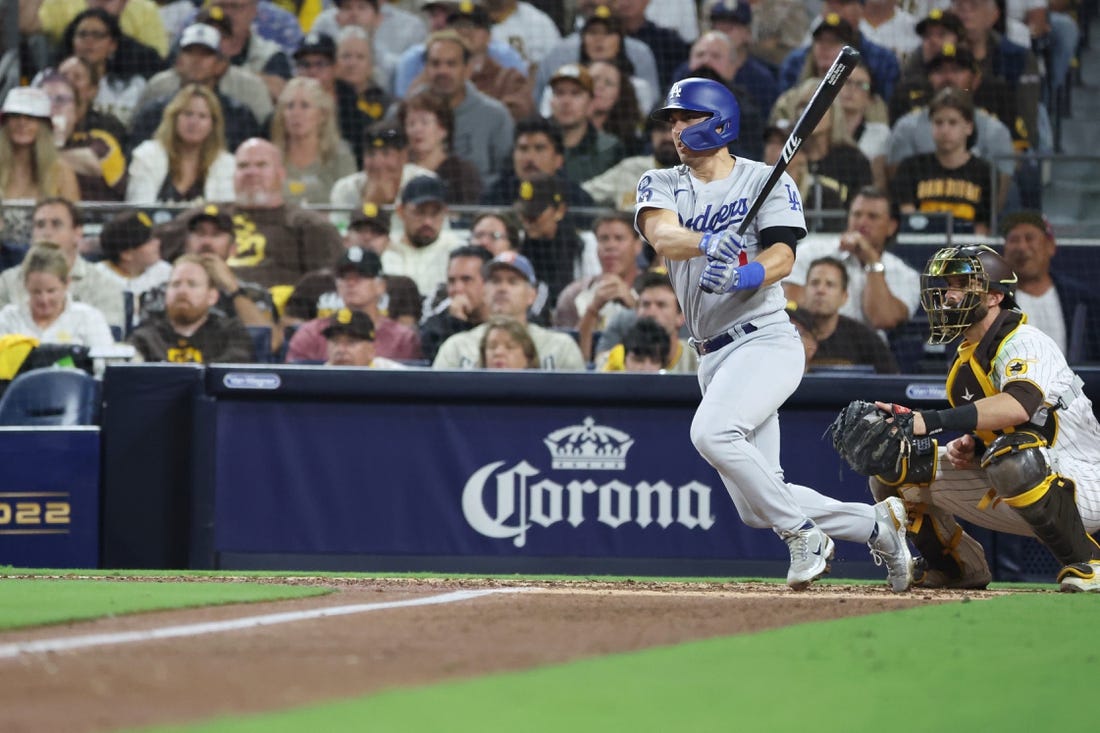 SAN DIEGO – Blake Snell and four relievers held the Dodgers to one run on six hits Friday night, and Trent Grisham’s third homer of the postseason proved decisive as the San Diego Padres beat the Los Angeles Dodgers 2-1 to take a 2-1 lead in the their best-of-five National League Division Series.

A Padres victory Saturday night in San Diego would eliminate the Dodgers, who set a franchise record with 111 regular-season wins.

Snell earned the win, pitching 5 1/3 innings and holding the Dodgers to one run on five hits and two walks with six strikeouts.

Nick Martinez, Luis Garcia, Robert Suarez and Josh Hader then went 3 2/3 scoreless innings, with Hader getting the save.

Martinez followed Snell in the sixth and retired both hitters he faced. Garcia hit two in a perfect week. Suarez had a strikeout as he retired three straight after giving up Treo Turner’s single in the eighth. Hader struck out two in a perfect ninth.

Including the final two innings of San Diego’s elimination win over the Mets in New York, the Padres bullpen had gone 15 straight scoreless innings, allowing four hits and four walks with 18 strikeouts.

San Diego entered the game in the first against starter and loser Gonsolin. Juan Soto doubled with one out and scored on Jake Cronenworth’s single to center. But the Padres left runners on second and third in both first and second when Heaney came in to get Gonsolin out of a two-on-one jam.

Grisham made it 2-0 in the bottom of the fourth with his third postseason homer. Grisham, who hit .184 during the regular season, is 7-18 in six postseason games.

The Dodgers finally found themselves in the top of the fifth against Snell. Trayce Thompson opened the inning with a single to right, moved to third on Austin Barnes’ double to left center and scored on Mookie Betts’ sacrifice fly to right that was deep enough to move Barnes to third.

But Snell got Treo Turner to foul out and then retired Freddie Freeman at third.

–Bill Center, Media on the Ground