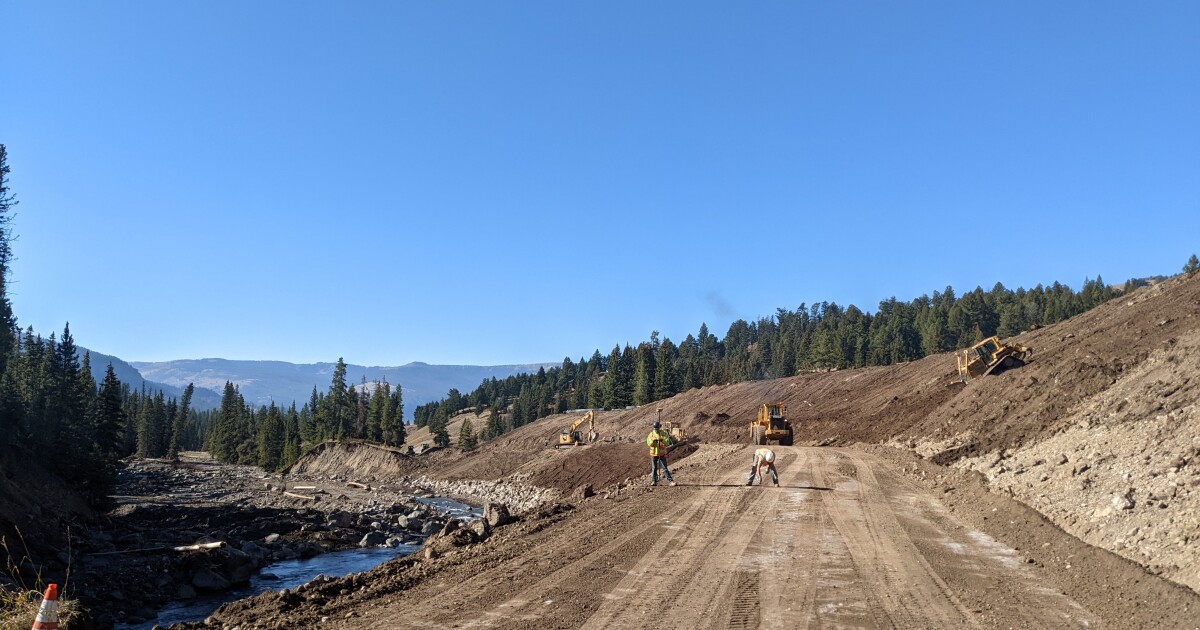 COOKE CITY – Vast swaths of Yellowstone National Park will reopen to vehicular traffic as the park’s northeast entrance near Cooke City is scheduled to open Saturday.

Roads were impassable after June’s historic flooding washed out entire sections of the 212 Freeway.

Four months later, to the day, construction crews are completing repairs that will once again allow vehicles to drive through the park, connecting Cooke City to Mammoth, West Yellowstone and beyond.

“I think if you asked me on June 13th, when we started seeing reports of damage, we evacuated the park, there was no power for 48 hours, 200,000 gallons of sewage was dumped into the Gardiner River, if you asked me at that time if we would have standing here and talking about what we’re doing, looking at how the repairs have been done, I’d say it’s probably not feasible,” Park Superintendent Cam Sholi said Thursday.

The repairs paid off. Scholey says the park has spent about $50 million repairing flood-ravaged roads. Crews brought in about 300,000 tons of road repair materials.

“I’ve never seen this level of coordination and cooperation in such a short amount of time to get so much done,” Scholey said.

As this entrance to the park is scheduled to reopen, businesses in the Silver Gate and Cooke City entrance communities are closing.

The only road in the park that will remain open to regular traffic this winter will be from Gardiner to Mammoth, the last stretch of major repairs the park needs to complete.

Scholi says it will open on November 1st.