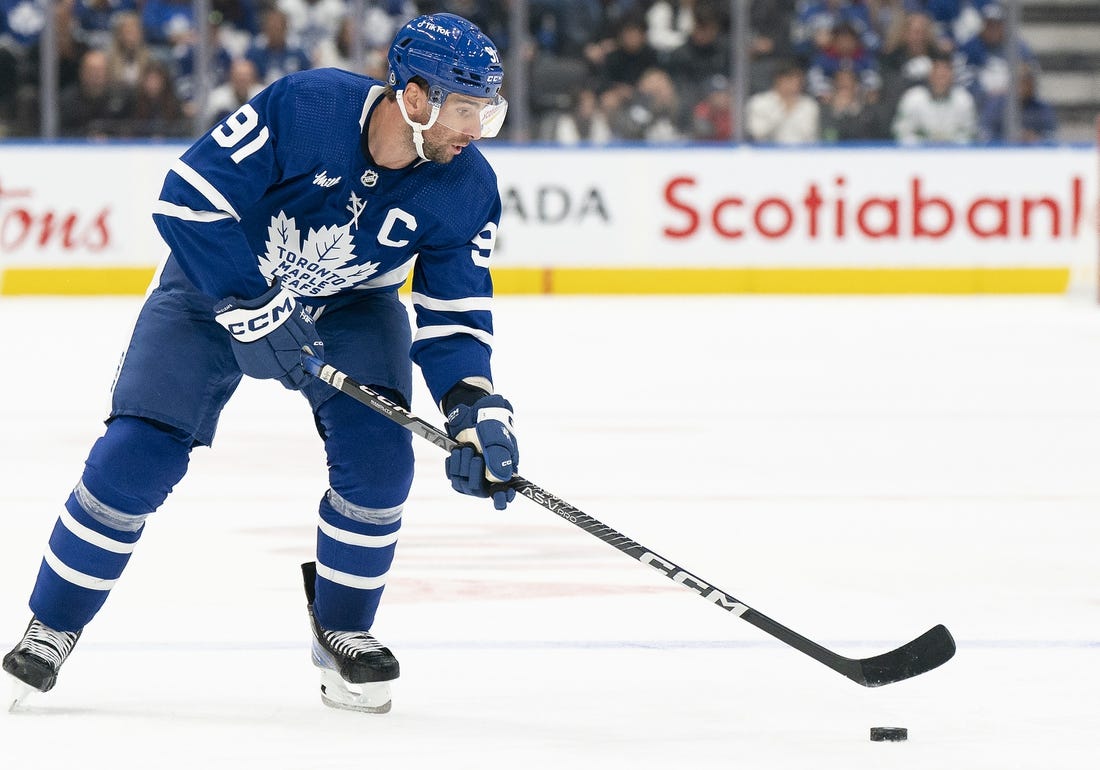 The host Toronto Maple Leafs will look for their second straight win, while the new-look Ottawa Senators will go for their first win of the season on Saturday night.

After losing their season opener to the host Montreal Canadiens 4-3 on Wednesday, the Maple Leafs bounced back to defeat the Washington Capitals 3-2 on Thursday in the first of a four-game homestand.

The Senators lost their season opener Thursday, 4-1, to the Sabers in Buffalo.

The Maple Leafs failed to execute their game plan on Wednesday. Coach Sheldon Keefe expressed his displeasure and talked to the team about it.

“You don’t want to use one of those bullets after the first game, but it was important,” Keefe said. “We have high expectations as a team, not only in terms of the results we want to achieve as we go through this journey, but just in terms of how we conduct ourselves and how we work.

“The first game of the season was a good opportunity for us to build positive momentum, but we failed to do so. So I think it was important for us to really talk about it, be honest about it, and not just dismiss it as just another game or just another game out of 82. We had an honest discussion (Thursday) morning, and I thought the guys reacted really well.”

Auston Matthews, who scored 60 goals last season, scored the game-winner on a deflection in the third period. It was his first goal of the season.

“It was a good comeback,” Matthews said. “This was not an easy game, it lasted the full 60 minutes.”

Murray didn’t impress in Montreal, while Samsonov overcame two early goals before settling in against his former team the Capitals on Thursday.

“Samson, after giving up two early in the game, is keeping it,” Keefe said. “That’s all you can ask for. If the goalie can keep it to two or less, we have a really good chance of winning consistently. So I really liked how he just dug in and held it there. It’s a big win for us and a big win for him.”

While expectations are high for the Maple Leafs, the rebuilding Senators are trying to take the next step. To that end, they added Alex DeBrincat and Claude Giroux.

“I thought we had a really good first period,” Senators coach DJ Smith said after Thursday’s game. “We need to score on the power play, which was really good for us, but not tonight. We didn’t create enough chances and we didn’t score on five on three.”

“I thought we had a weak three minutes in the second period where we got caught a couple of times. We had a lot of chances, we had a breakaway, we had two for nothing and we just couldn’t capitalize. It was an execution. The boys wanted it, maybe too much. They were mashing it and it didn’t go into the net, but there were plenty of chances.”

Maple Leafs captain John Tavares, who scored a goal Thursday and had two assists Wednesday, is two points away from 900 points in his 14-season NHL career.