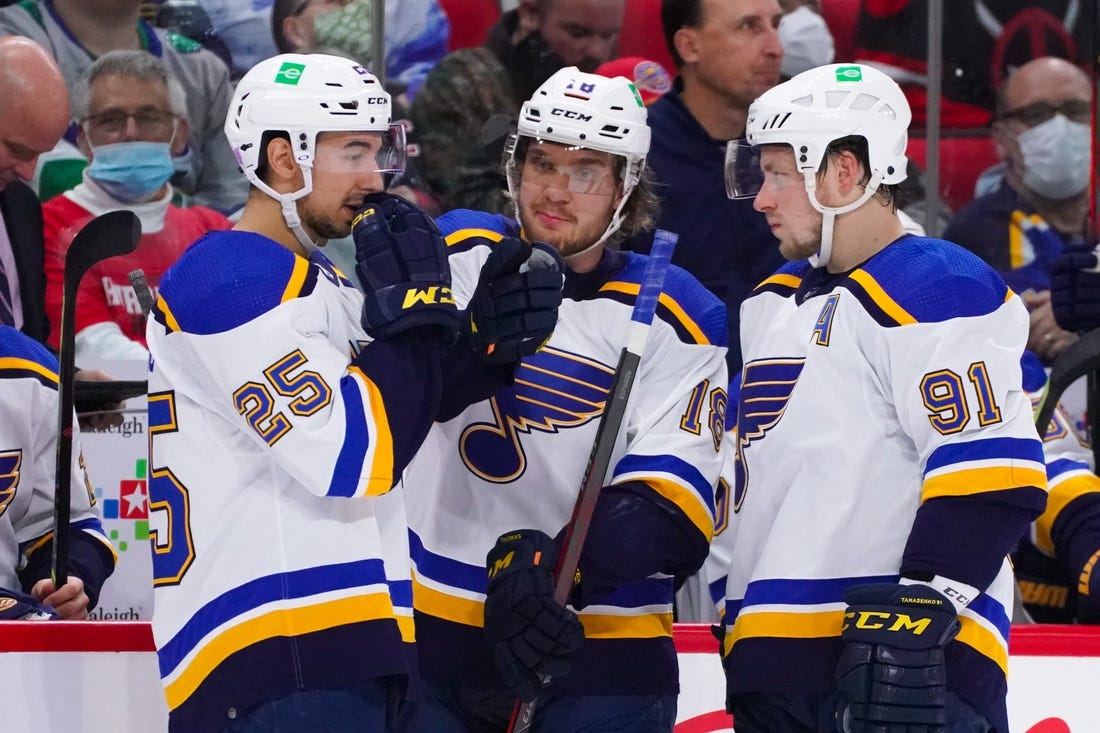 They will open their campaign on Saturday by hosting the Columbus Blue Jackets, who are playing their third game but looking for their first win, following a 4-1 loss to Carolina on Wednesday and a 5-2 home loss to the Tampa Bay Lightning on Friday.

“These are foundational players for us,” Blues general manager Doug Armstrong told St. Louis Post-Dispatch. “You don’t commit — you don’t have an ownership that’s willing to put up that kind of money — if there’s not a belief that these guys can grab the flag and lead the charge.”

The speedy Kyrou will enter the season skating on a line with center Ryan O’Reilly and winger Brandon Saad. That line built offensive chemistry during the preseason.

“I’ve felt every game, you can tell we’re getting more comfortable with each other and knowing where we’re at — and just the little plays, the tendencies that we have,” O’Reilly said last week. “So it’s nice, and I think it’s only going to get better from there.”

Tomas will move back into the center between Vladimir Tarasenko and Pavel Buchnevich, using his elusiveness and playmaking skills.

“He can move and he can protect the puck,” Buchnevic said of Thomas. “He’s super easy to play with. He can get the puck in the corner (against) someone one-on-one and find someone on the wing for a shot. I’m happy to give it to him and I don’t have to do anything.”

The Blue Jackets were hoping to have their new top line of Boone Jenner center Patrik Laine and free agent acquisition Johnny Gaudreau to power their offense this season. Laine scored 26 goals in 56 games last season, while Gaudreau scored 115 points in all 82 games for the Calgary Flames in 2021-22.

But Laine suffered a sprained elbow against the Hurricanes and could be out for three to four weeks.

“I think they were building something there,” Blue Jackets coach Brad Larsen said. “They had a couple of good looks, ended up on one and then . . . it’s hockey. You can’t sit and feel sorry for yourself now. Let’s move on, we’ll see where it goes.”

Laine’s injury opened the door for 2021 fifth overall pick Kent Johnson to jump into the lineup on Friday. The top prospects opened up on the third line with Cole Sillinger and Gustav Nyquist both earning assists.

Justin Danforth picked up an assist Friday as he filled Laine’s spot with Jenner and Gaudreau. But the Blue Jackets were caught chasing a game against the Lightning all night.

“I don’t think we had the focus tonight, myself included,” Columbus defenseman Zach Werenski told Bally Sports. “Throughout our lineup, we just lost focus. . . It seemed like it was one failure after another.”

Goaltender Daniil Tarasov started his second straight game for Columbus on Friday. So Elvis Merzlikins, who missed the opener due to illness, is likely to start against the Blues after backing up Tarasov on Friday.