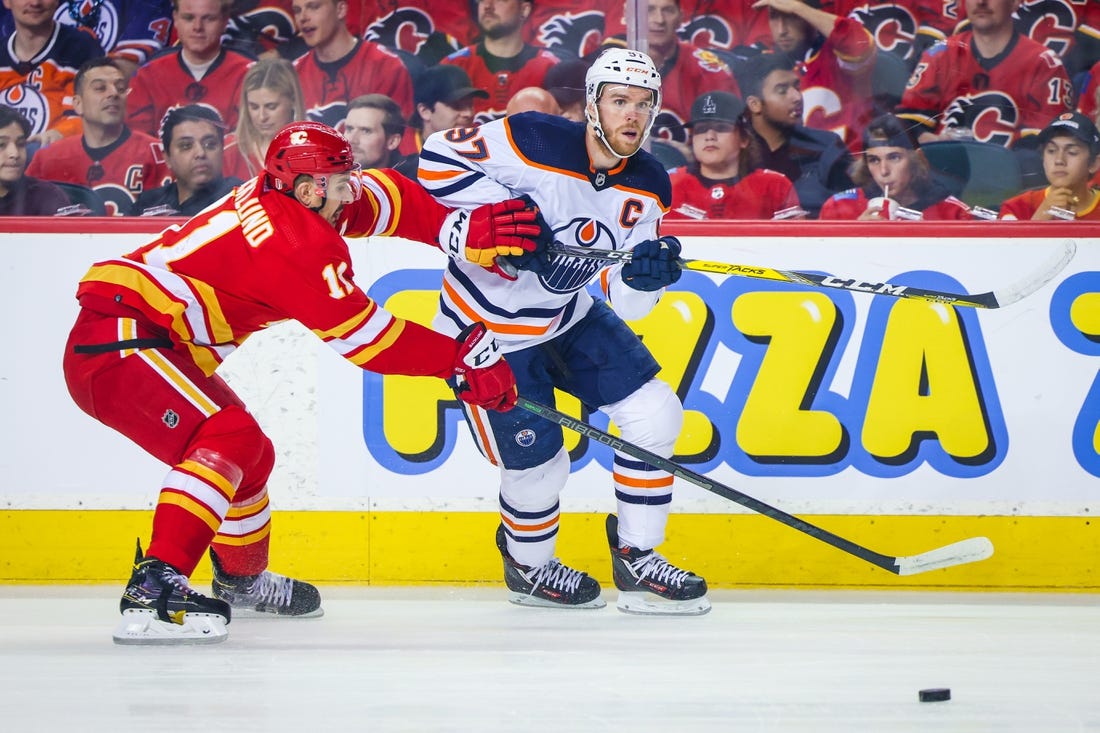 After coming from behind to defeat the Vancouver Canucks 3-0 in the season opener, the Edmonton Oilers turned their attention to a home game against the defending Pacific Division champion Calgary Flames on Saturday night in the Battle of Alberta.

It’s a rematch of the 2022 Western Conference second-round playoff series that Edmonton won 4-1 to advance to the conference finals. The Oilers then lost to eventual Stanley Cup champion Colorado.

Edmonton won the final four games of that second-round playoff series, outscoring the Flames 19-11. It was the first Battle of Alberta playoff series in 31 years.

Calgary is celebrating a 5-3 win over the visiting Avalanche on Thursday. It was Darryl Sutter’s 700th coaching victory, making him the 11th coach in NHL history to reach the milestone.

The Flames held Colorado to just three shots on goal in the first period and took a 5-1 lead into the third period. The win snapped a 12-year drought (0-10-2) dating back to 2009 in Calgary’s opening games.

“I think I saw a random fact that it’s been a while since the Flames won a (home) opener,” said defenseman MacKenzie Weegar, who had two assists. “I’m happy we can put that off our backs and we can just go on for another 81 games here.”

Edmonton trailed Vancouver 3-0 in the first 21 minutes before scoring five straight goals, including a Connor McDavid hat trick, to pull out a 5-3 win on Wednesday. McDavid finished with four points, while Leon Draisaitl added a goal and two assists for the Oilers, who also got outstanding goaltending from Jack Campbell (33 saves) to keep them in the game.

The Oilers finished 3-for-4 on the power play and killed seven of eight penalties and also got a shorthanded goal by Darnell Nurse late in the second to tie the game 3-3.

“You have to give Vancouver some credit,” Oilers coach Jay Woodcroft said of his team’s slow start. “They’re a good hockey team and they started the way they wanted to. Not every period will go our way, but can we do better? Yes, we can be better.

“I think we’d be living in a fool’s paradise if we thought the winning recipe going forward was to go three goals behind and take eight penalties and try to win.” I don’t think that’s a recipe that leads to sustainable success. We have dealt with things that can be cleaned. … We’ll be ready Saturday night.”

“Obviously not our best game,” added center Derek Ryan. “Not the way we planned it, but it feels good to win even though you’re not playing your best. That’s what good teams do. They find a way to win.”