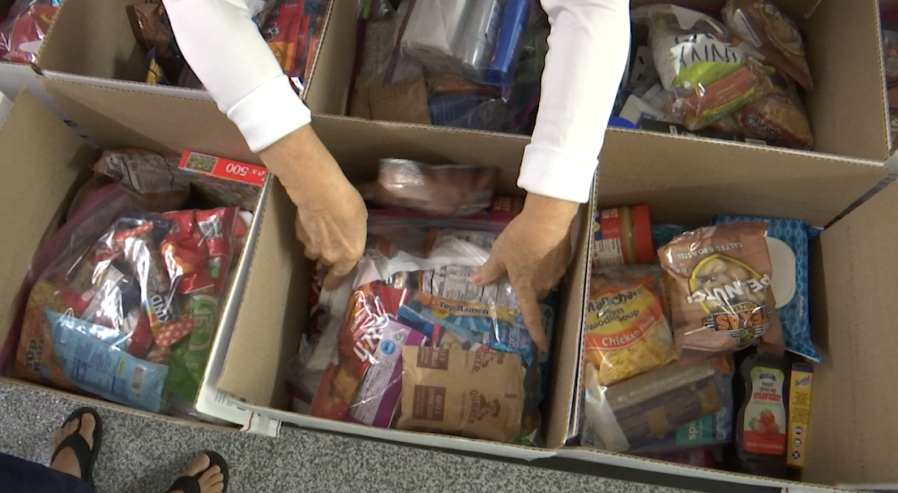 PINELLAS COUNTY, Fla. (WFLA) – One Tampa Bay teenager is making sure the men and women who serve our county feel remembered and supported while they’re deployed.

Operation: Military Affairs sent 8,000 care packages to our military around the world.

“When I was 9 years old, I went to a Veterans Day gathering and they said they didn’t feel appreciated when they were in the military overseas,” said Gracie Tubbs, founder of Operation: Military Matters.

Operation: Military Matters began as a school project for now 16-year-old Graci Tubbs. Thousands of care packages have since been sent to show love and support to the military.

Capt. Andrew Steighner and his unit received 200 care packages during his last two deployments. On the state side, he drove from Georgia to say thank you in person as dozens of volunteers welcomed him home.

“When you feel a connection and you can see that someone took the time to pack and put something together for you,” Steighner said.

That’s why Tubbs continues to make packs and raise awareness – to make a difference.

“It lets me know we’re doing a good thing and we need to keep going, and it’s great to see him come here,” Tubbs said.

There are several of them ways of supporting the Operation: Military issues, through donations, helping with packaging or creating donation bins in schools or offices.