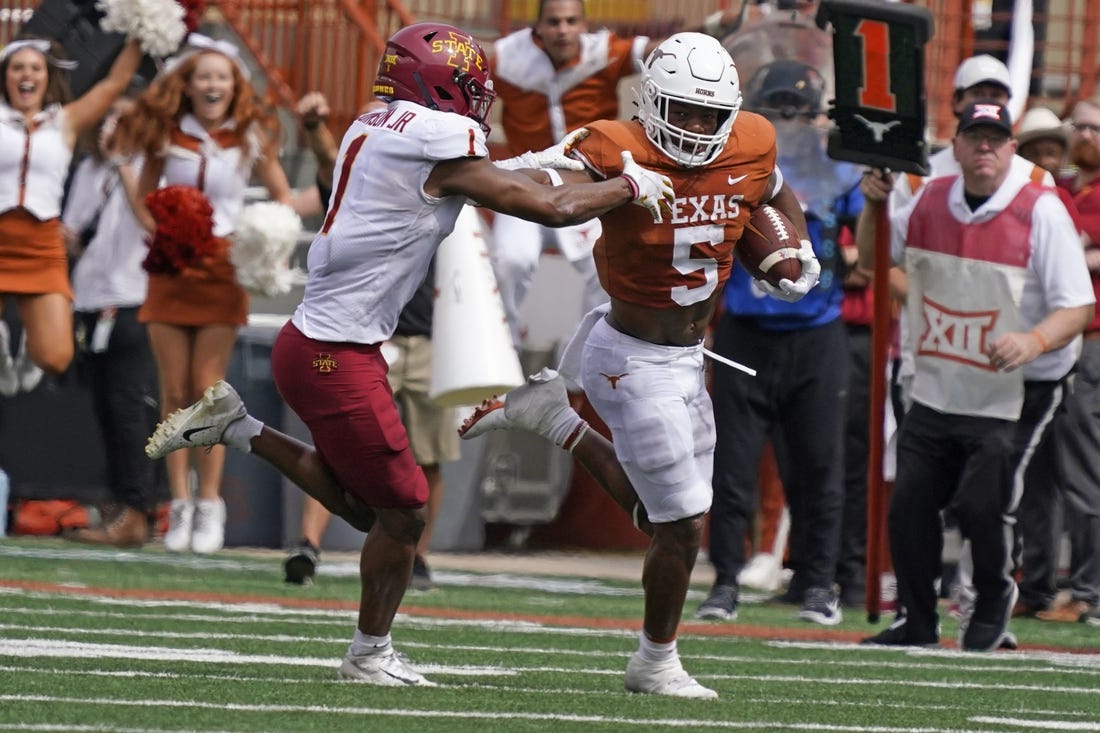 The Longhorns (5-2, 3-1 Big 12) played just enough down the stretch to win their third straight contest despite being outrebounded by Iowa State 403-263 and making several big mistakes. Texas snapped a three-game losing streak to the Cyclones.

Bijan Robinson ran for 135 yards on 28 catches and had a 36-yard catch for the Longhorns.

Texas took a three-point lead it wouldn’t relinquish on a 3-yard touchdown pass from Ewers to Xavier Worthy with 4:43 to play.

Iowa State’s Xavier Hutchinson then dropped a wide-open deep pass from Hunter Dekkers at the Texas 10-yard line with less than 3 minutes left that would have put the Cyclones in range for the game-tying field goal. Later in the drive, Dekkers fumbled his way inside the Texas 30-yard line, and the Longhorns were able to run out the clock.

Deckers passed for 329 yards and two TDs and ran for a third score for the Cyclones (3-4, 0-4 Big 12). Hutchinson caught 10 passes for 154 yards, while Jaylin Noel caught both of Dekkers’ scoring tosses. Iowa State started its Big 12 campaign 0-4 for the first time in coach Matt Campbell’s tenure.

Those four defeats, three of which were against ranked teams, totaled 14 points.

The Cyclones lit the board first with a 5-yard touchdown pass from Dekkers to Noel with 57 seconds left in the first quarter. Texas answered with a 15-yard scoring pass from Ewers to Worthy with 5:48 to play in the second quarter to tie the game at 7-7.

The Longhorns then took the lead on Ewers’ 5-yard TD pass to Jordan Whittington with 13 seconds left in the half. Texas extended its lead with Bert Auburn’s 31-yard field goal on the opening possession of the third quarter.

Iowa State answered and cut its deficit to 17-14 with its second Dekkers-to-Noel TD pass of the game, this one from 54 yards with 4:27 to play in the third quarter. Dekkers then put the Cyclones back on top with his 11-yard scramble with 10:58 left that set the table for a furious finish.