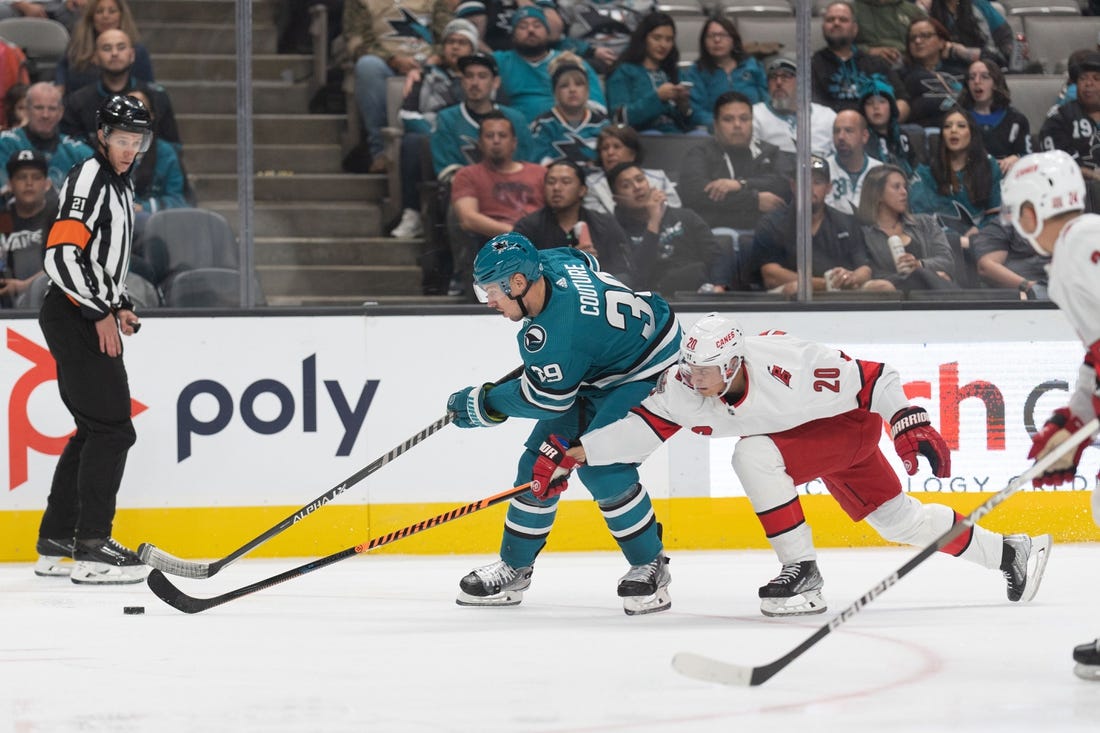 Sebastian Aho scored the tiebreaker with 1:58 left in the game and the Carolina Hurricanes rallied for a 2-1 victory over the host San Jose Sharks on Friday night.

Perfectly positioned in front of the net, Aho deflected the puck from Brett Pesce toward the goal and past Sharks goaltender James Reimer, who made a strong 33-save performance.

Martin Necas scored for his second straight game and Antti Raanta stopped 18 shots as the Hurricanes slipped to 0-4-2 at San Jose. Evgeny Svechnikov scored for San Jose, which scored just four goals while losing its first three games of the season.

Norris Trophy defenseman Brent Burns, who played the previous 11 seasons with the Sharks before agreeing to a trade to Carolina over the summer, was honored with a video before Friday night’s contest. Burns had two shots on goal in 23:19 of ice time.

Ville Husso made 29 saves in his debut in Detroit’s season-opening shutout of Montreal.

In his NHL debut, 2019 draft pick Elmer Soderblom scored late in the third period for Detroit, which had Derek Lalonde behind the bench in his first game as an NHL head coach. Michael Rasmussen had a hand in all three goals, scoring the second and assisting on the other two.

Jake Allen made 37 saves for Montreal, which opened the season with a 4-3 win over the Maple Leafs on Wednesday.

On the first-period power play, the Lightning’s Corey Perry recorded his 406th career goal to put him in the top 100 in the NHL, tying Rod Gilbert and John LeClair for 99th. He also had an assist. Ross Colton had a goal and an assist, Cal Foote also found the back of the net and Andrei Vasilevskiy stopped 26 shots.

Free agent star Johnny Gaudreau scored his first goal for the Blue Jackets, and Gus Nyquist was fine as well.

Mark Scheifele scored twice to help the Jets win on opening night, and Nikolaj Ehlers had two assists. The Jets are without new coach Rick Bowness, who has tested positive for COVID-19. Assistant coach Scott Arniel is coaching in Bowness’ absence.

Dryden Hunt scored a goal and Jaroslav Halak made 30 saves in his debut for the Rangers, who were playing for the second straight game. Artemi Panarin scored his fifth assist. New York won the first two games.