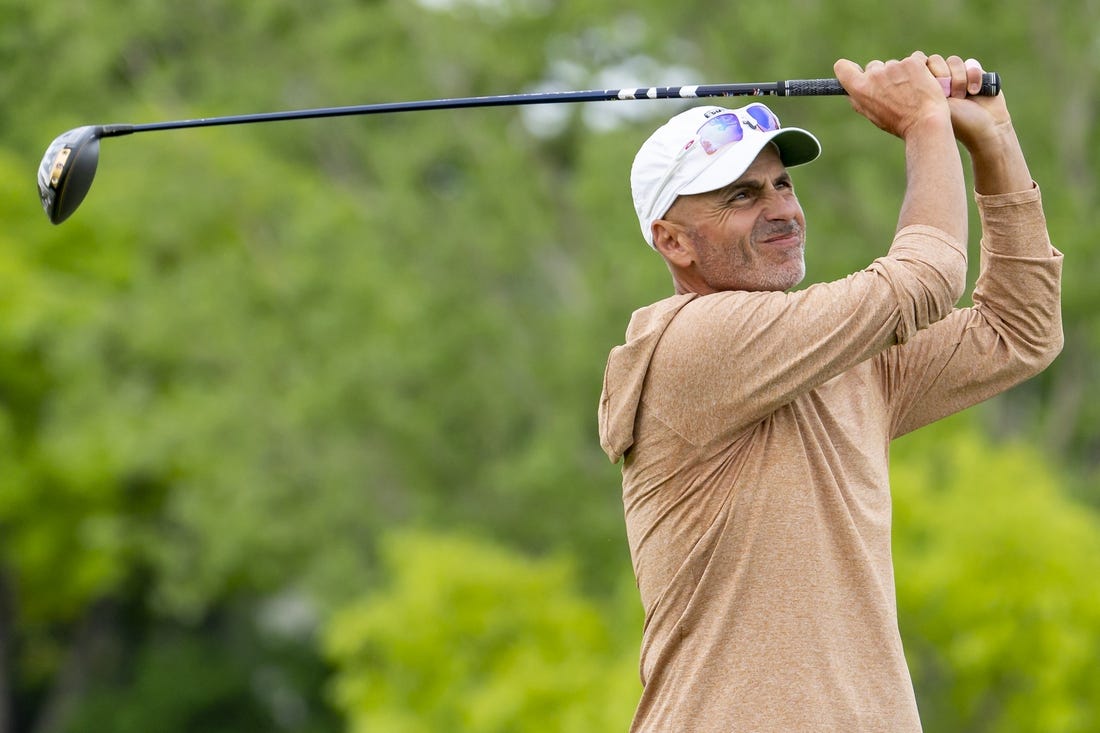 Rocco Mediate used a late eagle to shoot a 7-under-par 65 to take the first-round lead at the SAS Championship in Cary, NC

Not long after his second and final bogey of the day on the par-4 15th hole at Prestonwood Country Club, Mediate reached the green in two on the short par-5 17th and sank the ensuing eagle putt from about 15 feet.

That put him at 7 under, which was enough for a one-shot lead over YE Yang of South Korea.

Asked what helps, Mediate, who made seven birdies on Friday, quickly replied, “Everything.”

“I drove a lot of good short clubs today, a lot of clubs close to the hole early. Huge,” Mediate said. “Then I put it well. You have to. He has to work on days like today, that’s how it was. I’ve been waiting for that to happen. We are slowly but surely moving in that direction.”

Mediate, 59, hasn’t won on the PGA Tour Champions since the 2019 Sanford International.

“My daughter, my Francesca is like, when I talk to her every night, ‘Are you close to the lead, are you doing well?'” Meditt said. “It’s hard to say ‘not really’ … so I’m kind of rooting for her, so it’s kind of fun.”

Mediate and Yang were among those who praised the condition of the track.

Yang birdied four holes on the front nine, went birdie-bogey on No. 13 and 14 and rebounded with birdies on the 16th and 17th holes.

The SAS Championship is the regular season finale of the PGA Tour Champions season. The top 72 players in the standings will qualify for the first round of the Schwab Cup playoffs.

Tom Gillis, who entered the week on the bubble at 68, put himself in good position for a playoff spot by opening with a 5-under 67. He was tied for third after one round.

“I know where I am. I’m a long way from maintaining full status (on the tour),” Gillis said. “We really only have one option, which is to win pretty much or really have two great, great weeks.”

Fred Couples, Jerry Kelly and Colin Montgomerie of Scotland were part of a big tie for fourth place with 4-under 68s.