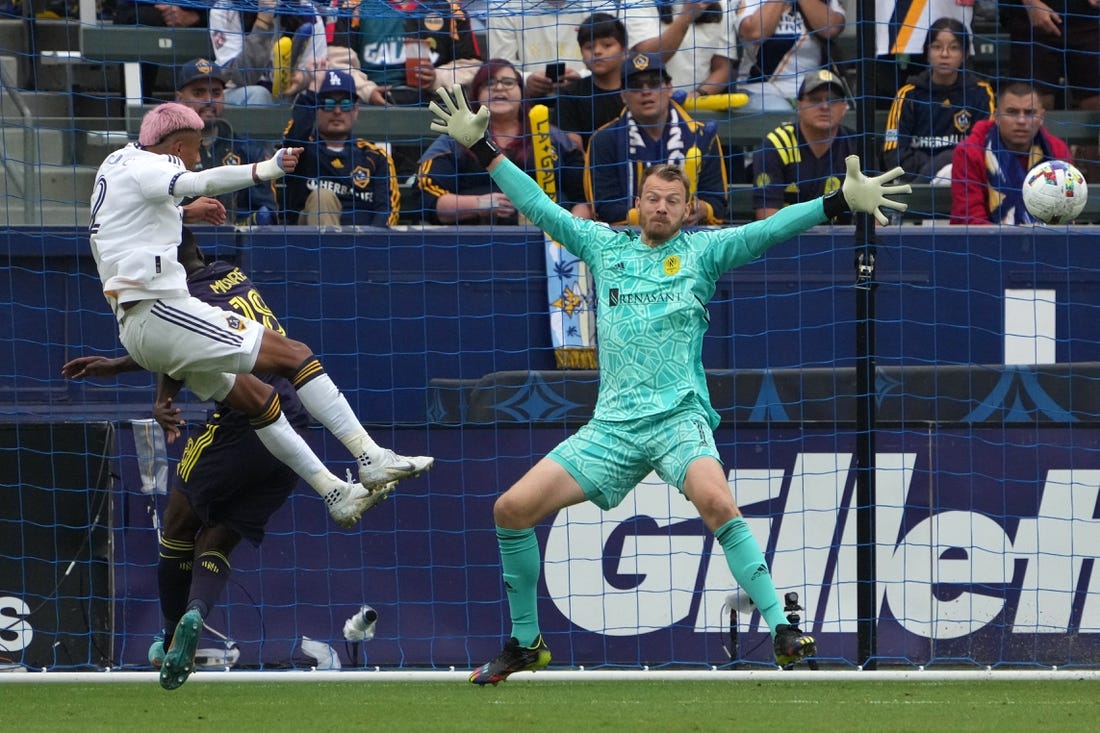 Defender Julian Araujo scored in the 60th minute to lift the host Los Angeles Galaxy to a 1-0 victory over Nashville SC on Saturday in a Western Conference first-round matchup in Carson, California.

Samuel Grandsir and Douglas Costa each recorded an assist to send the fourth-seeded Galaxy into the conference semifinals for the first time since 2019. They will visit top-seeded FC Los Angeles on Thursday.

Jonathan Bond finished with five saves for the Galaxy, who improved to 4-0-3 in their last seven home games and 6-1-5 in their last 12 contests overall.

Joe Willis made three saves for fifth-seeded Nashville SC, who were without their head coach Gary Smith due to illness. First assistant coach Steve Guppy took over as coach in his absence.

Los Angeles opened the scoring in the 15th minute of the second half after Grandsir’s cross from the back line was hit by Araujo at the back post. Araujo went scoreless in 33 regular season appearances in 2022 and has just one regular season goal in four seasons.

The Galaxy appeared to take the lead first in the 50th minute.

Los Angeles won the ball 50/50 and on a rush to the goal, Ricky Puig laid the ball off to Javier “Chicharito” Hernandez, who sent a shot that sailed into the top of the net. However, the goal was disallowed after a lengthy VAR process, with referee Armando Villarreal flagging a foul by the Galaxy on Nashville SC star Hany Mukhtar.

Los Angeles’ best chance to open the scoring in the first half came in the 16th minute after Hernandez cleared Araujo’s cross and separated Nashville SC defenders Dave Romney and Walker Zimmerman. Hernandez’s ensuing shot went wide of the net.

A late Zimmerman tackle on Hernandez from behind resulted in a yellow card in the 20th minute.

Mukhtar collected Randal Leal’s cross and sent a shot from the right which was blocked by Bond. Mukhtar was the 2022 Golden Boot winner after scoring 23 MLS goals during the regular season.