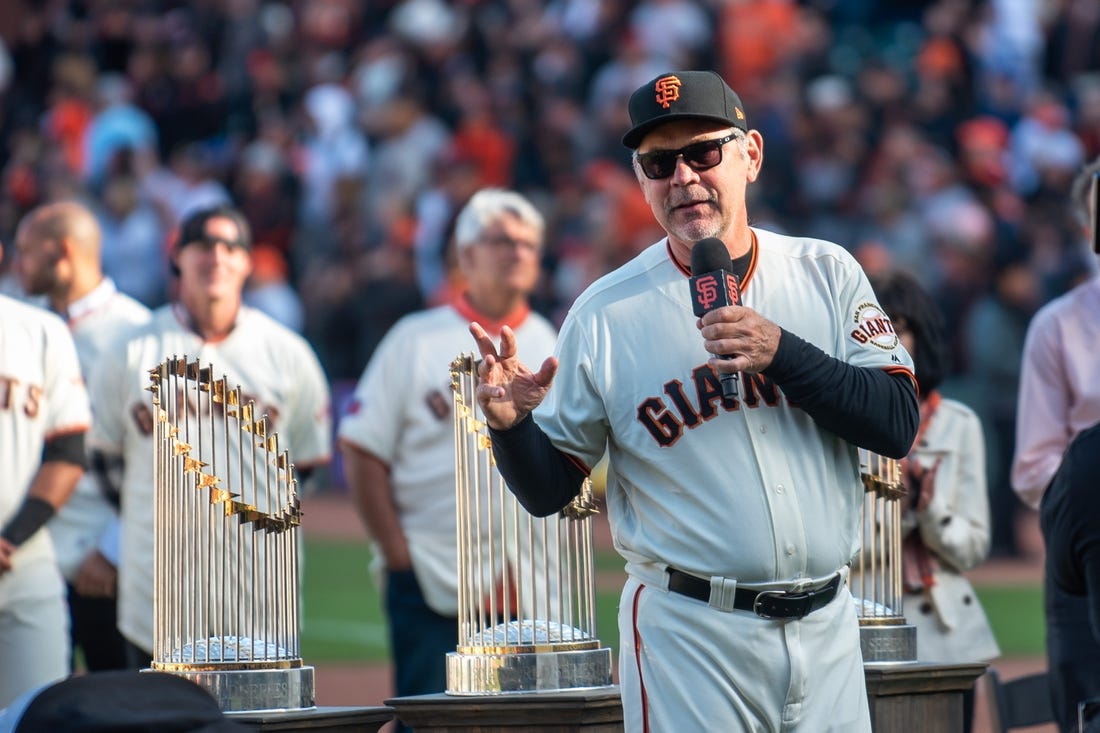 The Rangers are in the process of hiring a new manager and Young is familiar with Bochy. Young was a pitcher for the San Diego Padres in 2006 when Bochy was the club’s manager.

It was not immediately known if the 67-year-old Bochy will officially interview for the job. He reportedly lives in Nashville now, hence Young’s trip to the city.

The Rangers went 68-94 this season and Chris Woodward was fired at 51-63 in his fourth season as coach. Tony Beasley (17-31) finished the season on an interim basis.