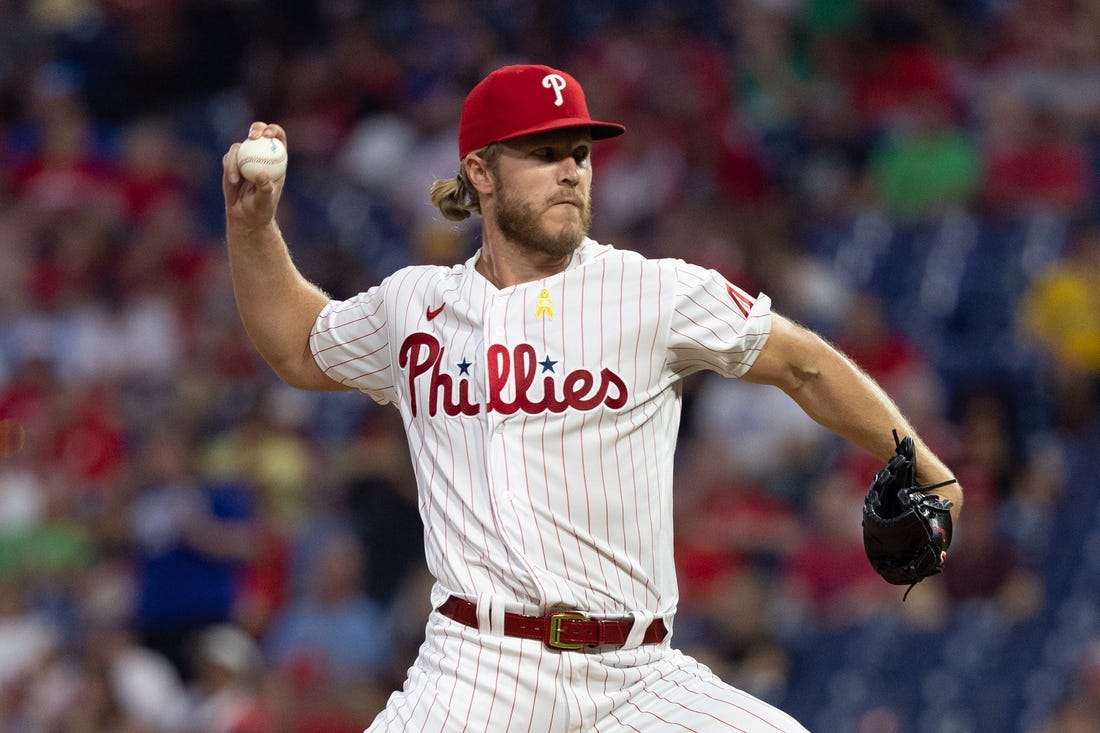 PHILADELPHIA — The Philadelphia Phillies didn’t clinch a playoff spot until the final series of the regular season.

It was the last place in the National League playoffs.

Then the sixth-seeded Phillies swept the St. Louis Cardinals in the wild card round, and now need just one win to knock off the defending World Series champion Atlanta Braves in Game 4 of the NL Division Series on Saturday afternoon.

The host Phillies won 9-1 on Friday and are on the verge of their first trip to the NL Championship Series since 2010.

In a 1-for-18 slump entering Game 3, Rhys Hoskins snapped out of it with a three-run home run in a six-run third inning.

Bryce Harper hit a home run and a double and drove in three runs.

The sellout crowd was exuberant.

“I’ve never been this far in the playoffs,” said Nick Castellanos, who had two hits and two RBIs in Game 3. “I’m not going to take it for granted. Keep it up, Philadelphia.”

Harper had never won a playoff series before the wild card round. One more win and Harper will have his second win of the series.

After struggling down the stretch after missing 52 games with a fractured left thumb, Harper appears to be finding his offensive rhythm.

And at the right time.

“One game away – that’s what it’s all about,” Harper said. “We have a chance to clinch at home.”

The Phillies will hand the ball to Noah Syndergaard (0-0, 0.00 postseason; 10-10, 3.94 regular season ERA). Syndergaard pitched one scoreless inning in relief in Game 2 at Atlanta and is 2-1 with a 2.33 ERA and 37 strikeouts in six career postseason appearances.

A year after their championship parade, the Braves must win just to send the series back to Atlanta for a decisive Game 5.

“This team is great,” Riley said. “We’ve been doing that all year. It’s a matter of going out and regrouping.”

“It’s out of season. You just have to be ready to take the ball when they call on you,” Morton said.

Morton gave up 18 hits and 10 runs in his last three regular season starts. On Sept. 25 in Philadelphia, Morton allowed six hits and six runs in 4 2/3 innings.

However, his teammates have the utmost confidence in him.

“He’s just even-keeled. He’s the same person every day,” reliever AJ Minter said of Morton. “Never let a situation get too big. He comes in, he has a smile on his face. He greets everyone when he enters. But when he’s on the hill, you can tell the switch is flipping. Super focused, confident. But only – he never escalates the situation.

“And you want a pitcher who doesn’t show emotion and is always locked in and even.”

No matter how well Morton pitches, the Braves need a spark from their offense.

“The back is against the wall. We all know that,” said Travis d’Arnaud, who had two of Atlanta’s six hits in Game 3. “I think every baseball fan knows that. We will be ready to go and give everything we have.”