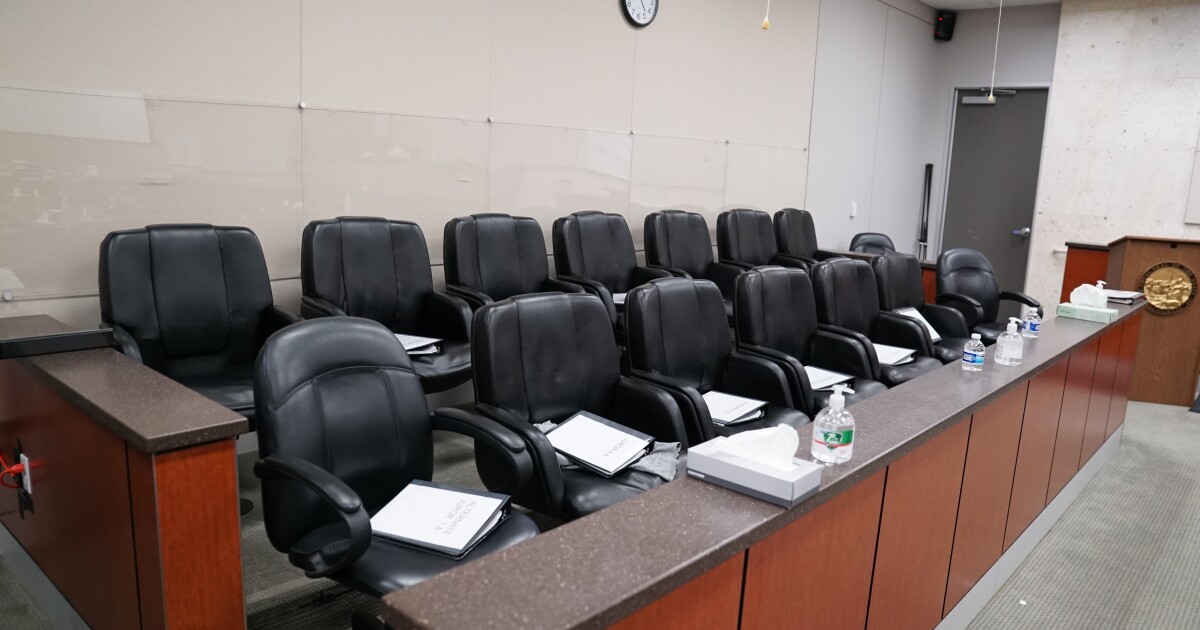 Jury deliberations resumed Friday in Kristin Smart’s murder trial, but only for one jury.

Court officials say the jury assigned to Paul Flores’ case did not deliberate Friday. They would not provide information on why or say whether a verdict has been reached in Paul’s case, but said his jury is scheduled to return to the courthouse on Monday.

However, Ruben Flores’ jury was said to be deliberating on Friday.

Those ongoing deliberations came a day after one of the jurors assigned to the 81-year-old’s case was excused by a judge on Thursday after he admitted seeking guidance from his priest about the case because of what he said was stress On him.

An alternate was selected to take his place on the 12-member jury, and the judge instructed the jurors to start over with their deliberations.

Paul and Reuben go on trial in relation to Kristin Smart in May 1996 from the Cal Poly campus.

Witnesses say Paul was the last person seen with Kristin, 19, before she disappeared.

Paul and his father were arrested in April last year and charged in connection with Christina’s murder.

While they were tried at the same time, each had separate juries to reach separate verdicts.

Paul was charged with murder. Prosecutors allege he killed the Cal Poly freshman while raping or attempting to rape her.

His father, Ruben, was charged as an accomplice and was accused of helping his son cover up the alleged crime.

While Paul remains behind bars and is not allowed bail, Ruben is currently out of custody and faces a maximum sentence of three years in prison if convicted.

The trial was moved from San Luis Obispo County to Salinas beginning with opening arguments in mid-July.

Councils were not held for the first three days of this week.

If or when the verdicts are handed down for both defendants, they will be read consecutively.

The judge has refused audio and video recording of the trial and allows only photography.

For more information on the Kristin Smart case and murder trial, click here.