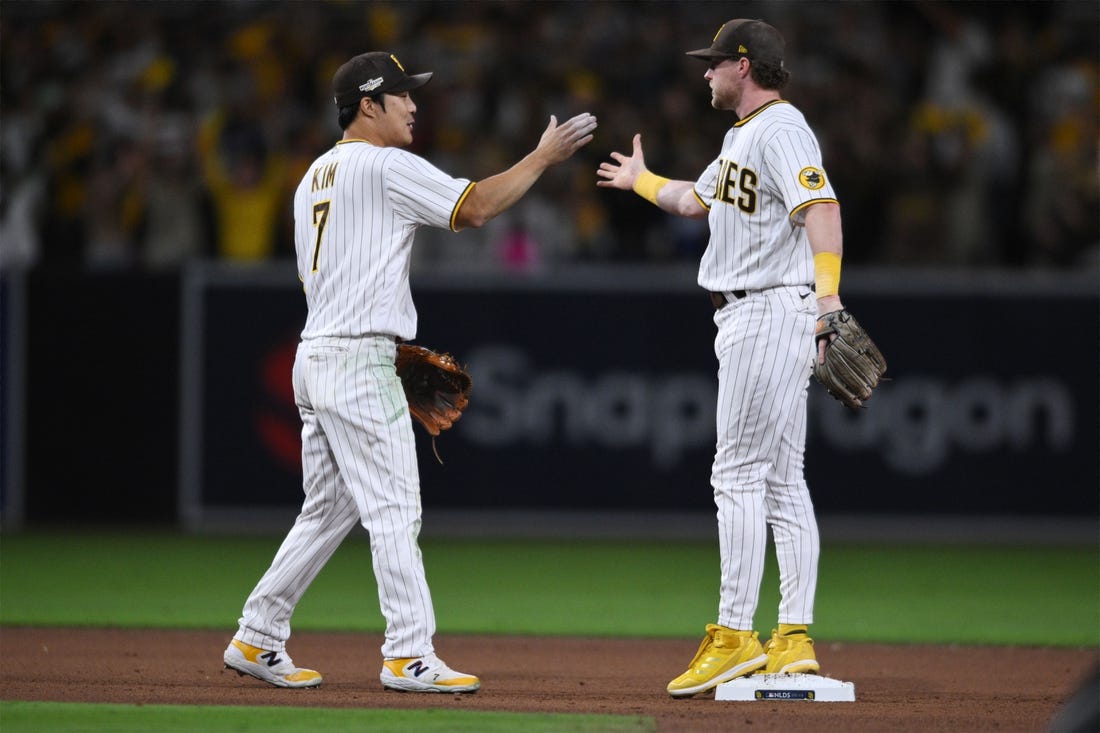 Last Sunday in New York, Joe Musgrove matched the Mets with 100 wins with one hit in seven innings to lead the San Diego Padres to a National League wild card victory.

On Saturday night in his hometown, Musgrove will try to eliminate the 111-win Los Angeles Dodgers in Game 4 of the NL Division Series.

The Dodgers, who are on a two-game losing streak against the Padres, will take on Tyler Anderson in an attempt to bring the best-of-five series back to Los Angeles for a winner-take-all game on Sunday night.

“Seems like it’s meant to be, doesn’t it?” Padres manager Bob Melvin said Musgrove was given the opportunity to advance the team to the NL Championship Series for the first time since 1998.

“I mean, from getting assignments on opening day this year, the way he pitched, the reception he got when he came off the field. It seems like he was the guy when the season started and he got even more into it.

“It’s really cool to watch when you have a hometown guy who gets embraced and embraced by the city and his teammates and everyone in the clubhouse. It almost seems like it was meant to be for him to present one of these games in a way.”

“This is where we are right now,” Dodgers manager Dave Roberts said after Friday night’s 2-1 loss. “It was a very good regular season, but like we said before, none of that matters. We are in a series of five games against a very good club that we know.

“The team that plays the best baseball will win the series. And so far they have played better than us. It’s interesting, I wear a different uniform, but I can still appreciate the excitement that this city feels right now.”

Including his win in New York last week, Musgrove has allowed one run on 16 hits and nine walks with 32 strikeouts in 29 innings over his last five starts.

“I know there’s going to be a lot of positive cheering and a lot of screaming for me and the team on Saturday night,” Musgrove said. “That will be something I will have to deal with. It will probably be a little more emotional.”