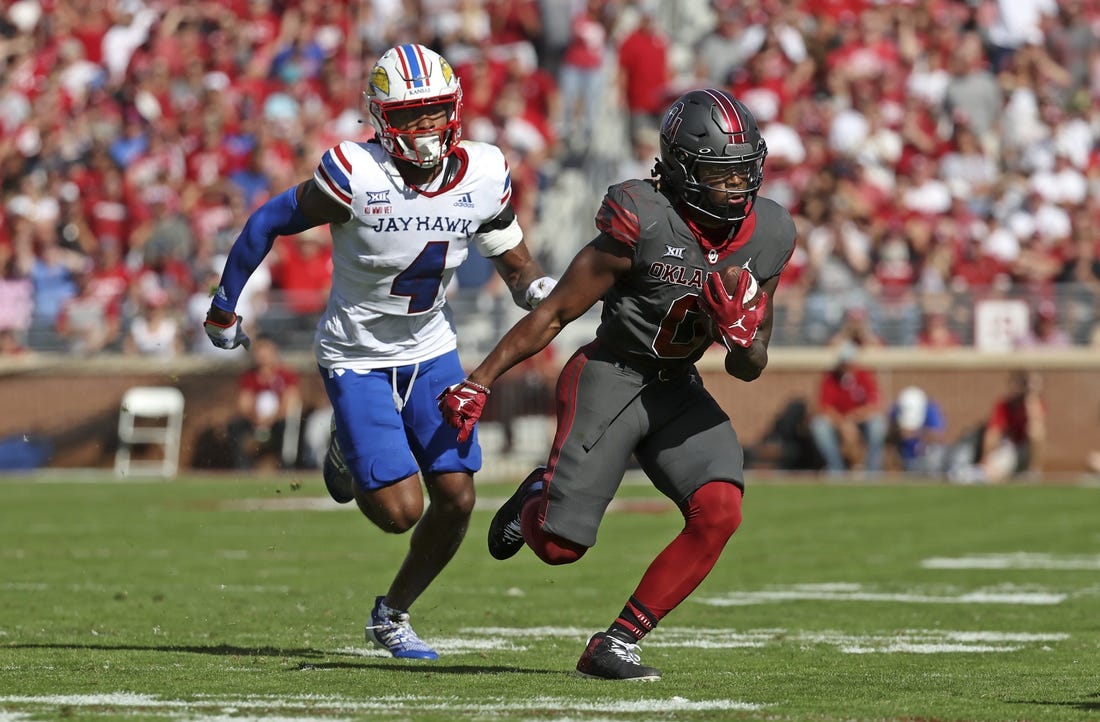 Dillon Gabriel threw for 403 yards and two touchdowns, Eric Gray ran for 176 yards and two scores, and Oklahoma cruised to a 52-42 victory over No. 19 Kansas on Saturday in Norman, Okla.

The win snapped the Sooners’ three-game losing streak, their longest since 1998.

It didn’t take long for the Sooners’ offense to show more life than at any point in their 49-0 loss to Texas last week.

Three plays into the game, Gabriel had more passing yards (49) than Oklahoma did all of last week when they finished with 39. Gabriel was out against the Longhorns with a head injury.

Oklahoma’s Jovantae Barnes scored the first of his two touchdowns on a 1-yard run to cap the first drive.

After the teams traded touchdowns on their first four drives, the Sooners finally got a break before holding the Jayhawks offense on four straight drives.

After amassing 550 yards combined over the last two games, the Sooners finished with 701 yards on Saturday. It was Oklahoma’s most yards against an FBS opponent since 2018.

The 487 yards Oklahoma posted in the first half were the second most in a half in school history.

Marvin Mims led Oklahoma with nine catches for 106 yards, while tight end Brayden Willis had five catches for 102 yards and a touchdown in his first career game with more than 100 yards.

Kansas quarterback Jason Bean, who started in place of the injured Jaylon Daniels (shoulder), was 16 of 27 for 265 yards, four touchdowns and two interceptions. Bean also ran for 41 yards.