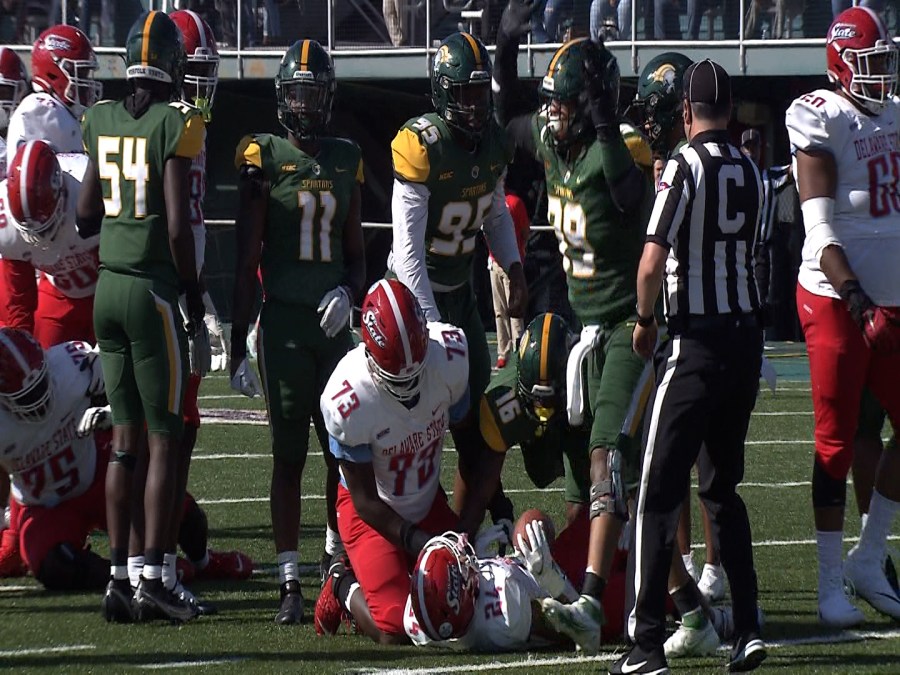 DSU wasted little time on the lead. The Hornets took the first down and scored three plays later on a 41-yard TD pass from Henry to Halsey for the game’s first points just 1:09 into the game.

The score remained until the second quarter. The Spartans got one scoring chance back for DSU when safety RJ Coles sacked Henry on 4th downth-and-1 by Spartan 3 midway through the period.

But after forcing NSU to punt, the Hornets drove 51 yards in four plays to double their lead. Henry’s pass down the middle of the field deflected off one Hornet receiver into the hands of NyGhee Lolley, resulting in a 29-yard TD pass with 3:26 left in the half.

After the Hornets forced NSU to punt on the first drive of the third quarter, Henry led the Hornets on a five-play, 55-yard march. He finished by finding Halsey for a 22-yard TD pass for their second score of the day, giving DSU a 21-0 lead with 10:18 left in the third quarter.

Marquis Gillis capped DSU’s first possession of the fourth quarter with a 23-yard TD run, extending the Hornets’ lead to 28-0.

The Spartans prevented a shutout by answering DSU’s TD drive with one of their own. Kuhns engineered a 75-yard, three-play march, capping it off with a 42-yard TD pass to Chris Butler with 11:19 remaining in the game. The score was the first of Butler’s collegiate career.

Gillis ran 16 times for 123 yards for the Hornets. Halsey had three catches for 77 yards.

NSU is off next week before returning to action against Howard at 2pm on October 29th at Dick Price Stadium.