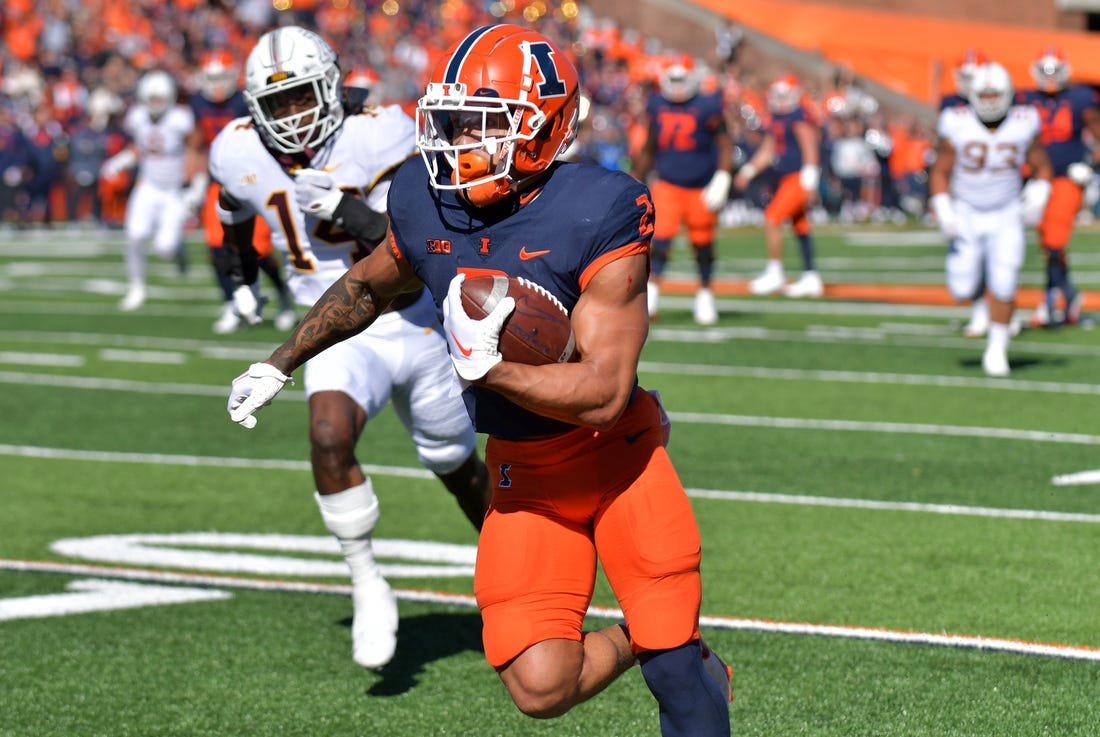 Chase Brown finished with 233 yards from scrimmage as No. 24 Illinois beat Minnesota 26-14 on Saturday in Champaign, Illinois.

Brown rushed for 180 yards on 41 carries and also hauled in three receptions for 53 yards and a touchdown to lead the Fighting Illini (6-1, 3-1 Big Ten) to their fifth straight victory.

Illini quarterback Tommy Devito threw for 252 yards and a touchdown on 25-of-32 passing, and Isaiah Williams had nine catches for 62 yards.

Minnesota’s Tanner Morgan struggled to get the passing game going, completing just 4 of 12 passes for 21 yards and an interception before leaving the game in the fourth with an apparent head injury.

Ibrahim scored on Minnesota’s first offensive play of the second half after Quentin Redding returned the kickoff 92 yards to the Illinois 8. The collar moved the ball to the 4, and Ibrahim ran it in for a 14-13 advantage.

The quick score didn’t faze the Illini as they responded with a seven-play, 75-yard drive in just 2 minutes, 49 seconds that ended with Devito’s 5-yard touchdown run to the keeper.

Fabrizio Pinton added a pair of field goals in the fourth quarter to seal the win.

Illinois wasted no time getting on the board, as Devito found a wide open Brown on a wheel route, and he raced up the sideline for a 40-yard touchdown. Brown was 64 of 75 yards on a nine-play drive to open the game.

Pinton made a 31-yard field goal early in the second quarter to extend the Illini’s lead to 10-0.

The Golden Gophers answered on the ensuing drive, going 80 yards in eight plays to pull within 10-7. Ibrahim’s 44-yard run set up a 9-yard run by Morgan, the first TD allowed by Illinois at home this season.

Pinton made a nice 23-yard field goal with 20 seconds left in the first half to send the Illini into the break with a 13-7 edge.