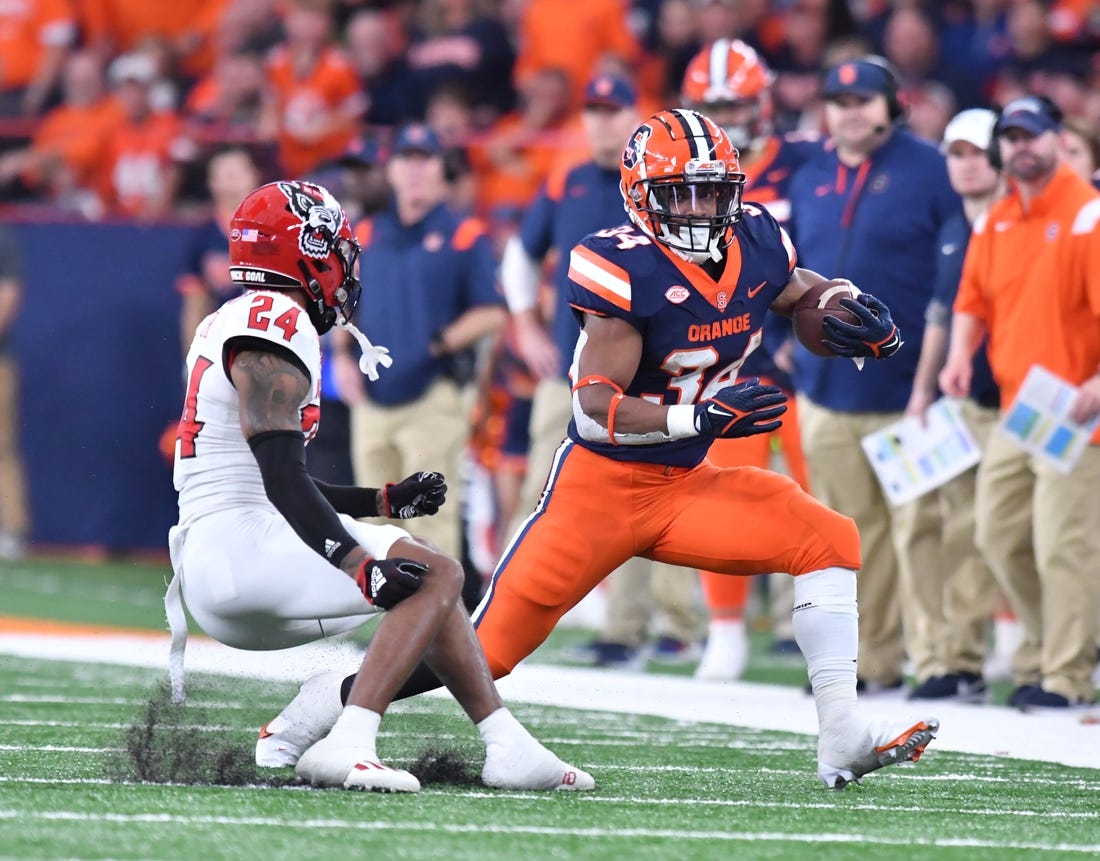 Garrett Shrader and Oronde Gadsden II had two touchdown drives in front of a raucous home crowd Saturday as No. 18 Syracuse defeated No. 15 North Carolina 24-9 to remain undefeated.

Jack Chambers went 18 of 30 for 160 yards with no touchdowns or interceptions for NC State (5-2, 1-2). The Wolfpack were without starting quarterback Devin Leary, who suffered a season-ending injury during last week’s game against Florida State.

Chambers also led the visitors with 58 yards in the game, while teammate Jordan Houston had 44 rushing yards on 12 attempts.

Shrader’s first pass for Gadsden was a 12-yard strike just over two minutes into the game. The teams then traded punts before the Wolfpack got on the board on Christopher Dunn’s 20-yard field goal.

The offense settled down for a while, as the only scoring in the second quarter was a 22-yard field goal by Syracuse’s Andre Szmyt.

The third quarter featured a 42-yard field goal by Dunn to put NC State up 10-6 midway through the period. But the Orange responded on their next possession, marching 78 yards in 13 plays, capped by a 17-yard TD run from Shrader to Gadsden.

However, the hosts sealed the outcome with a 25-yard strike from Tucker, who sprinted untouched down the left touchline to keep the Orange clean for the season.

Chambers drove the Wolfpack into the red zone on the final possession of the game, but his fourth down pass was incomplete as the final buzzer sounded.