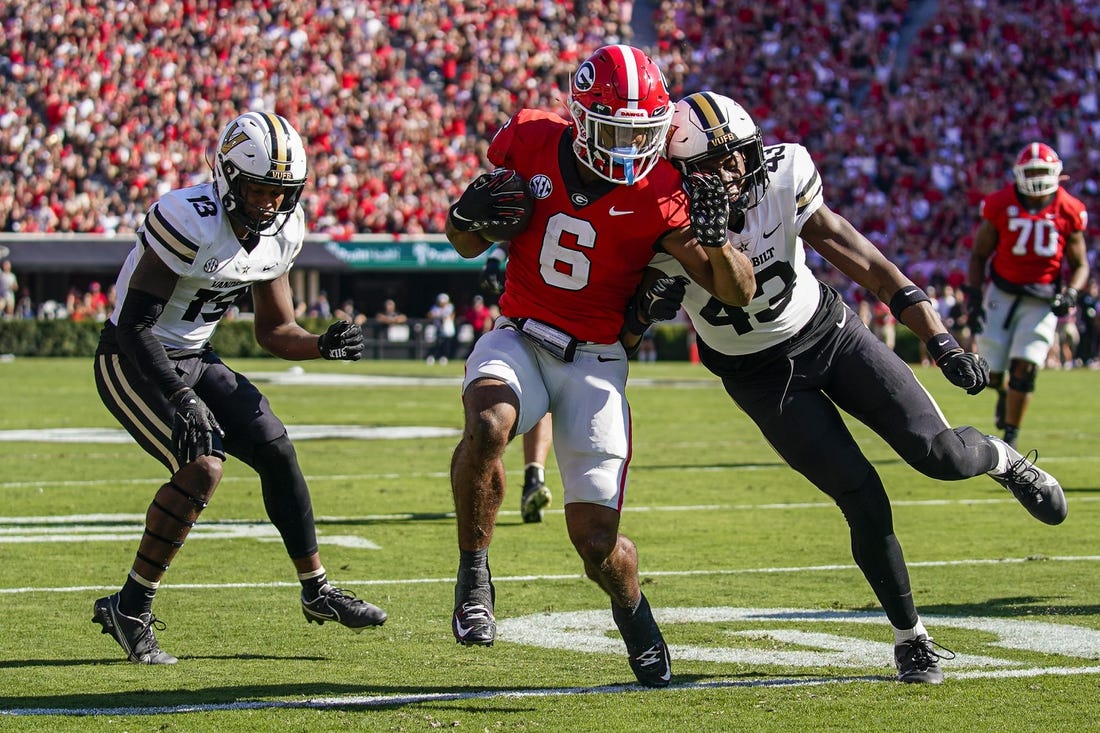 Stetson Bennett threw for 289 yards and two touchdowns to lead top-ranked Georgia to its second straight road shutout at Vanderbilt with a 55-0 victory in a Southeastern Conference game Saturday in Athens, Ga.

Bennett went 24-for-30 and completed at least one pass for eight Bulldogs before being replaced by Carson Beck with 38 seconds left in the third quarter and Georgia (7-0, 4-0 SEC) leading 34-0 .

AJ Swann went 12-for-23 passing for 105 yards and Will Sheppard finished with three receptions for 45 yards. Ray Davis was held to just 29 yards on 12 carries.

Georgia beat Vanderbilt 62-0 in Nashville last year and 30-6 in 2019. The teams didn’t play in 2020 because of the coronavirus, meaning the Commodores haven’t scored a touchdown against Georgia in four years.

After Bennett found McIntosh out of the backfield for an 11-yard touchdown pass with 10:01 left in the first quarter, the Bulldogs doubled their lead two possessions later.

McIntosh’s 7-yard run up the middle capped a four-play, 42-yard drive that extended the Bulldogs’ lead to 14-0 with 1:40 left in the first quarter.

Edwards’ 1-yard touchdown run up the middle capped an 11-play, 81-yard drive that extended Georgia’s lead to 21-0 with 9:00 left in the first half.

After Vanderbilt fumbled the ball at the Georgia 15-yard line, the Bulldogs turned the fumble into points when Bennett hit Dominick Blaylock 10 yards out for a 28-0 lead with 1:06 left in the half.

Jack Podlesny made field goals of 28 and 35 yards in the third quarter to make it 34-0.