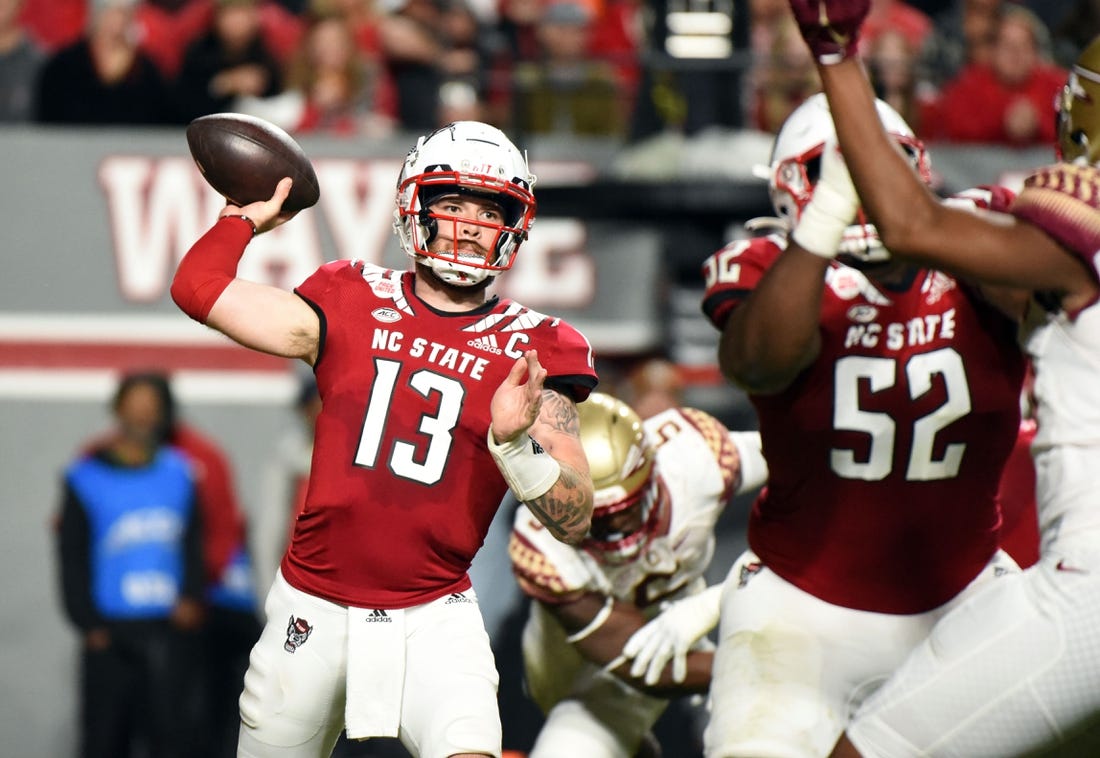 North Carolina State quarterback Devin Leary will miss Saturday’s top-25 game at Syracuse with a shoulder injury, according to ESPN.

Leary, the preseason ACC Player of the Year, was injured during last weekend’s 19-17 win against Florida State. There is no timetable for his return.

“It could be this week or six weeks,” Wolfpack coach Dave Doeren said earlier this week, adding that X-rays on Leary’s shoulder came back negative.

Chambers completed 6 of 14 passes for 48 yards and one touchdown this season.

Chambers is in his first season with the Wolfpack after transferring from FCS program Charleston Southern. He spent four seasons with the Buccaneers and passed for 2,490 yards, 17 touchdowns and 10 interceptions in 2021.