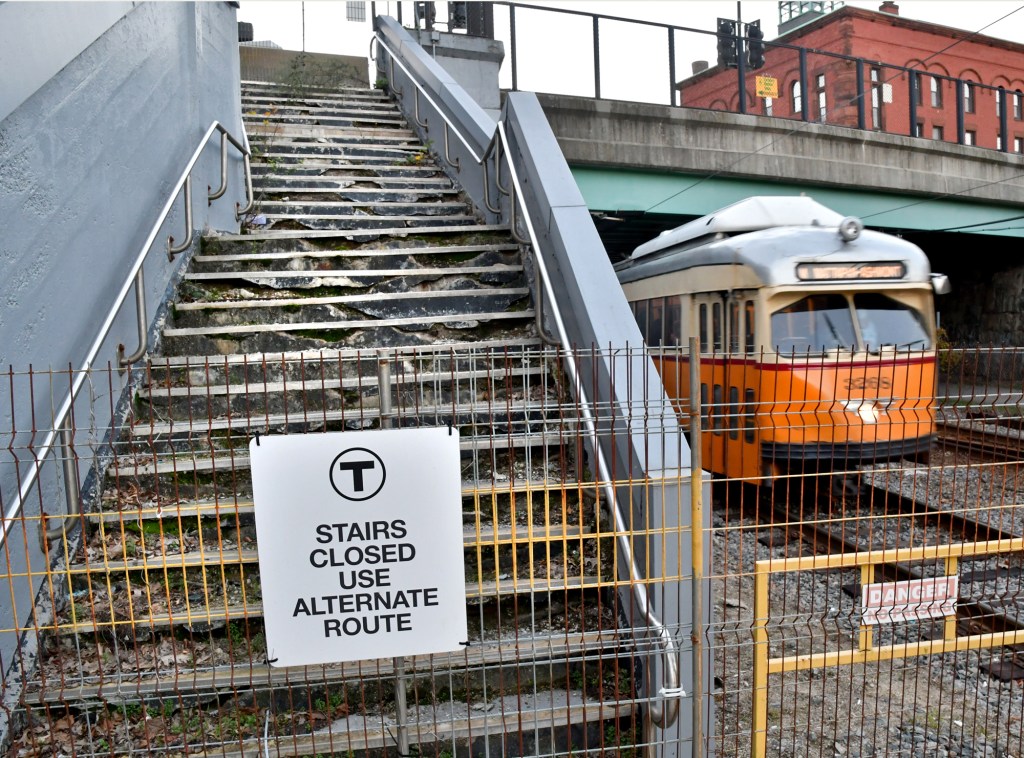 The city of Milton has filed a lawsuit against the MBTA, alleging it failed to repair a broken stairway that had been closed for a decade, obstructing access to the trolley platform.

The complaint, filed Friday in Norfolk Superior Court, follows numerous communications from city officials and state lawmakers urging the MBTA to repair, rather than demolish, the stairway because the agency has no immediate plan to replace it.

“Milton’s efforts have been ignored by the MBTA, leaving Milton with a perpetually dilapidated stairwell at a station frequented by its residents and residents of Dorchester and Mattapan,” the complaint states. “After years of trying to resolve the issue and experiencing serious frustration, Milton is filing this lawsuit as a last resort.”

Before the MBTA closed the pedestrian stairway for public safety reasons, it provided a crucial connection from Adams Street to the station. An “aggravated safety hazard” was created when commuters were left without that obvious access path, the complaint said.

In a Sept. 14 letter to the city, MBTA General Manager Steve Poftak said the T is in the process of demolishing the stairs, as part of a larger Mattapan Line transformation project that will eventually replace the entire Milton station.

The T plans to hire a demolition contractor by the end of the year, but no date has been set for when the stairs will be leveled. In the meantime, he said, the stairwell will remain closed and barricaded.

“Unfortunately, the Adams Street stairway cannot be repaired and reopened at this time because it would require extensive repairs to make it fully accessible,” Poftak said. “This would affect all station connections and eventually require a full station replacement.”

An MBTA spokesman said Saturday that the agency had no further comment.

Improvements to the Mattapan line will be made over the next decade. The line’s “historic” trolley fleet runs on 1.6 miles of track between Ashmont, on the Red Line, and the Mattapan station, according to the MBTA’s website.

In August, state Sen. Walter Timilty, D-Milton, wrote to Poftak and MassDOT Secretary and CEO Jamey Tesler to express his “extreme disappointment” in their handling of the Mattapan Line project, which he said is “at least two years” behind schedule. schedule.

“The proposed demolition of the stairs at the Milton trolley stop without immediately initiating a project to reconstruct and restore the stairs to the highest possible safety standards is completely unacceptable,” Timilty said.

“Furthermore, to suggest that Milton will not see improvements until the redesign and reconstruction phase occurs sometime in the next decade dismisses the demands and safety needs of the citizens who pass through the Mattapan Trolley every day.”

In its lawsuit, the city said it is not seeking monetary damages, and that it is seeking only one thing.

“Milton wants the MBTA to do its job: repair and reopen the stairway at the Milton station,” the complaint states.