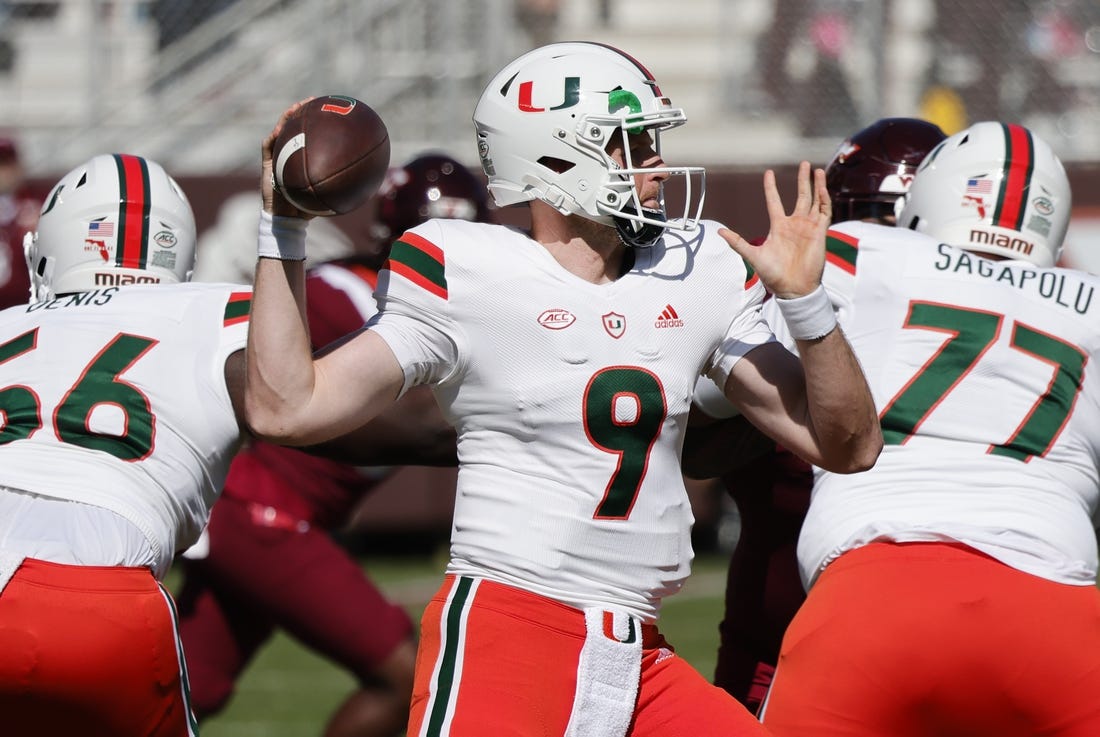 In snapping a three-game losing streak, the Hurricanes (3-3, 1-1) held the Hokies in check for three quarters before Tech pulled away late behind quarterback Grant Wells.

Tech’s first touchdown came early in the fourth quarter, when Malachi Thomas caught a pass from Wells and beat a defender to the end zone pylon. A 14-yard play capped a 65-yard drive to cut Miami’s lead to 20-7.

Later in the quarter, Wells scored on a 3-yard run to cap a drive that included back-to-back 15-yard penalties against the Hurricanes.

The score was 20-14 with 3:20 left, but they never regained possession as Van Dyke finished with Frank Ladson Jr.’s third goal.

Operating behind a line that was missing injured starters at center and running back, Van Dyke completed 27 of 44 passes for 288 yards without an interception.

Van Dyke’s top target, Colbie Young, had nine receptions, including two one-handed catches in the first half, one setting up Miami’s first touchdown and the other the Hurricanes’ second score.

Van Dyke was in good form from the start. His first three passes covered 72 yards as Miami scored on its first possession. After Young made a one-handed 37-yard catch, Ladson Jr. followed with a 5-yard touchdown catch in the back of the end zone for a 7-0 lead.

The Hurricanes’ next march was more methodical as they used 18 plays to drive 71 yards and set up a 28-yard field goal to Andres Borregales, his first of two of the game.

Miami extended its lead to 17-0 with an 80-yard drive in the second quarter, capped by Van Dyke’s 17-yard touchdown pass to Young.