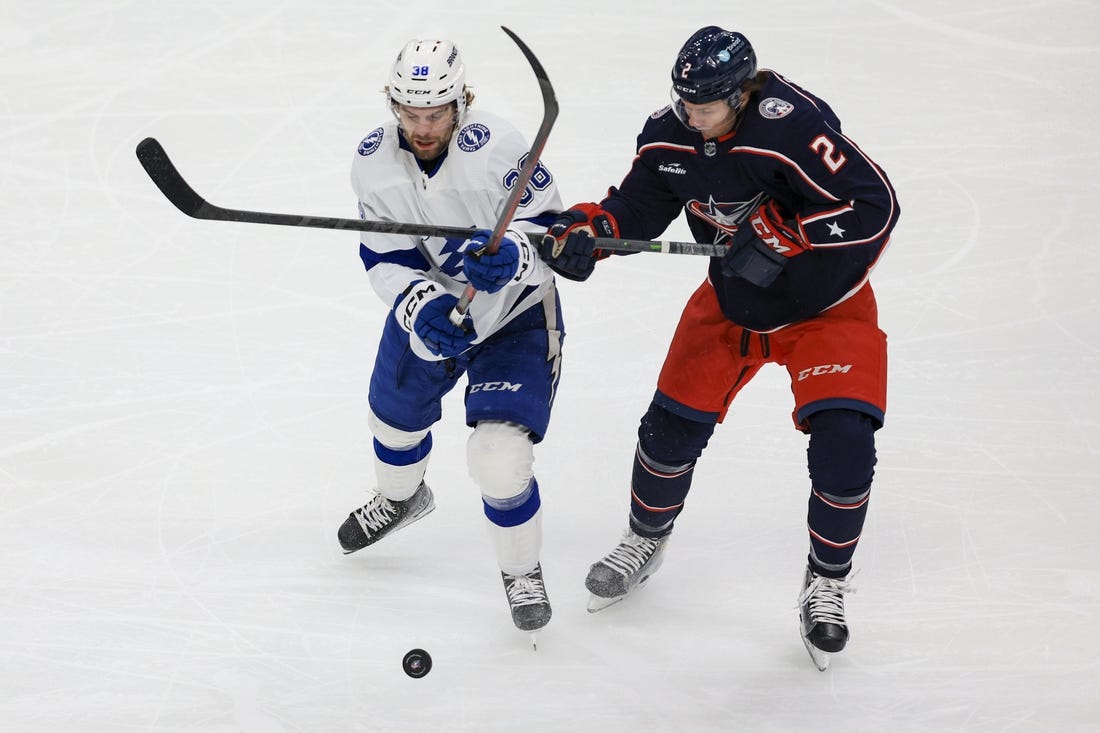 Steven Stamkos scored twice as the Tampa Bay Lightning recorded their first win of the season with a 5-2 victory over the host Columbus Blue Jackets on Friday.

The Lightning captain scored his second and third goals of the season in the first and third periods as the three-time Eastern Conference champions bounced back from a 3-1 loss to the Rangers in New York on Tuesday.

On the power play in the first period, Corey Perry recorded his 406th career goal to put him in the top 100 in the NHL, tying Rod Gilbert and John LeClair for 99th overall. He also had an assist.

Ross Colton had a goal and an assist, Cal Foote also found the back of the net and Andrei Vasilevskiy stopped 26 shots.

Vladislav Namestnikov, Mikhail Sergachev and Alex Killorn had two assists each, while Victor Hedman played in his 900th NHL game.

Johnny Gaudreau scored another goal for the Blue Jackets, who lost for the second time in two games. Gus Nyquist also scored for Columbus.

In the pre-game, introduction of the entire team, star right wing Patrick Laine emerged from the tunnel as his number 29 was announced – resplendent in a fine suit and hat instead of a blue jersey – with his right arm in a sling.

Injured in the second period of Wednesday’s loss to the Carolina Hurricanes, Laine will miss 3-4 weeks.

Behind Vasilevsky’s net, just over two minutes in, Justin Danforth deftly delivered a backhand to Gaudreau. The high-profile free agent acquisition got his first goal through traffic near the Lightning netminder.

Perry tied the score at 14:08 when he scored his first goal on a layup. Stamkos put the visitors ahead 73 seconds later when his pass deflected off the right skate of Columbus defenseman Adam Boqvist and into his second marker.

The Blue Jackets tied the score at 2 when Nyquist skated in on a 2-on-1 for his first score at 15:55. But Colton added his first when he grabbed a carom off the backboard three minutes later.