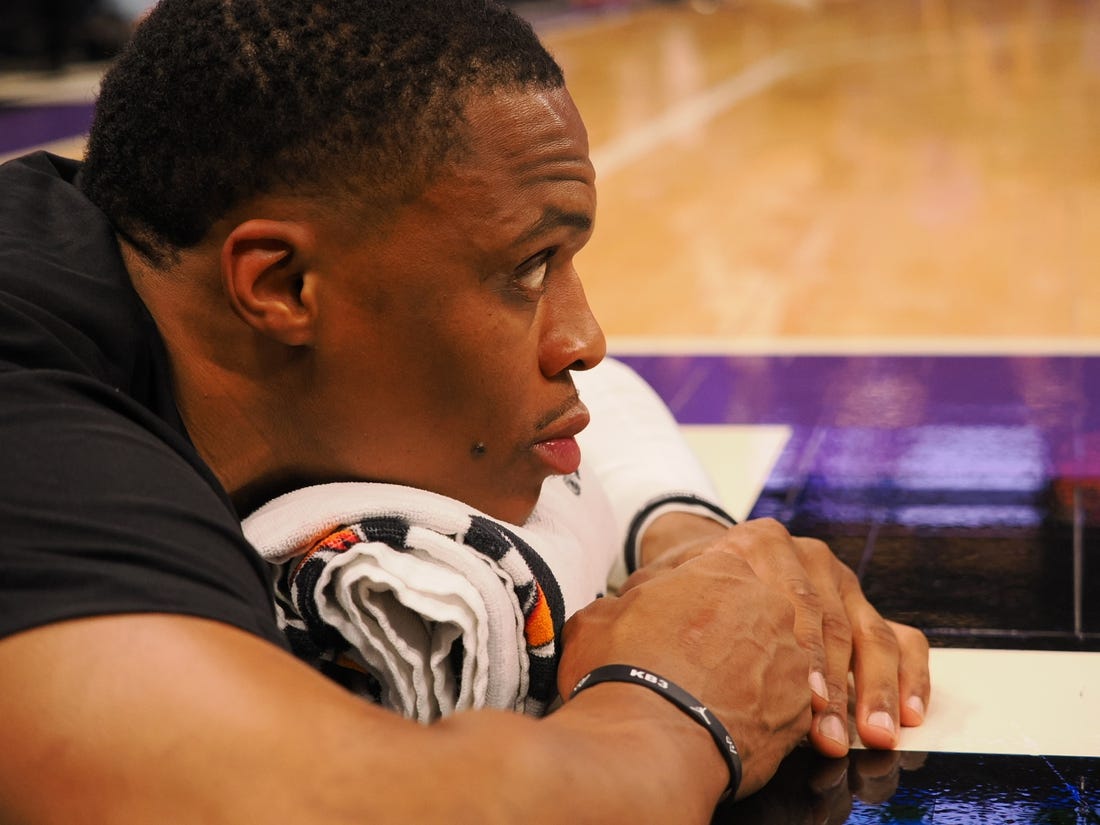 Westbrook, a former league MVP and nine-time All-Star, came off the bench for the first time since his rookie season in what new Lakers coach Darwin Hamm called a “reshuffling” of the team’s roles instead of a “demotion.” ” especially for Westbrook.

Westbrook entered the game with 7:30 left in the first quarter and exited about five minutes later. It was not immediately clear when the injury occurred. He missed two 3-pointers and finished with two turnovers.

Westbrook will be re-evaluated on Saturday. According to Spectrum SportsNet, Ham said Westbrook expected the injury not to be serious.

The Lakers ended the preseason with a 133-86 loss to finish 1-5. They open the regular season Tuesday against the Golden State Warriors in San Francisco.

In 14 NBA seasons, Westbrook averaged 22.8 points, 8.4 assists and 7.4 rebounds in just under 35 minutes per game. He averaged a triple-double in points, assists and rebounds four times in his career.

Westbrook spent his first 11 seasons with the Oklahoma City Thunder, followed by one season each with the Houston Rockets, Washington Wizards and Lakers.