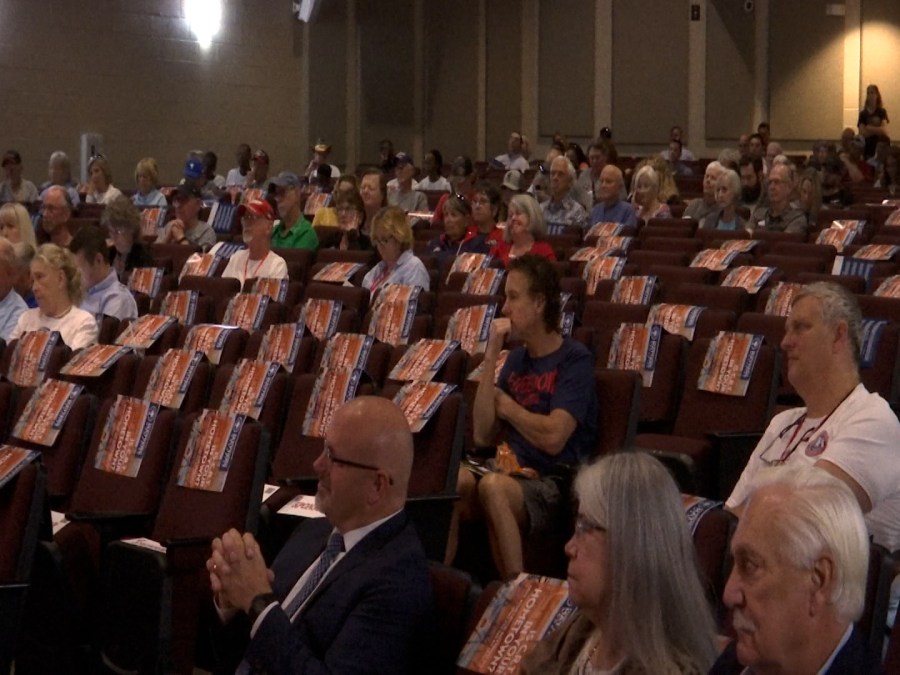 The organization says it hosted the event to educate and empower voters from the Low Countries as we approach Nov. 8.th.

The Berkeley County Republican Party is getting voters excited ahead of Election Day.

“This is a candidate rally at its core,” said Victoria Cowart, chairwoman of the Berkeley County Republican Party. “So we want to hear from the lieutenant governor, representatives from Senator Scott’s office, county supervisor candidates, school board candidates, mayoral candidates. We want them to be informed voters.”

Cowart says many of the 20 candidates who spoke at Saturday’s rally are involved in tight races.

“There is always apprehension when it’s time to vote,” she said. “That’s how things are going to work out, right?”

But she is optimistic that each candidate will emerge victorious.

“This is an action-oriented group,” Cowart said. “We don’t sit at home and worry. We are together. We plan for success. We are engaged, active and informed, so we are excited more than anything.”

One of those candidates in the midst of a tough campaign is South Carolina District 117 candidate Jordan Pace.

“We have a lot of good things in South Carolina,” Pace said. “We’ve seen tremendous growth, especially in this neighborhood, and it will continue to grow.”

Pace says he believes in 117th The current District representative is doing an inadequate job of leadership.

“I think a lot of people heard the things she said that she probably didn’t want to come out,” he said, “but she did in the end. It turns out she might not be good at making decisions that are good for everyone.”

He believes that he is the person best suited to lead the district forward.

“I think we can make change in a civil and conversational way, instead of demagoguery and hyperbole,” Pace said.

If you are interested in voting this year, you must register. Early voting begins on Monday, October 24thand the general election is on Tuesday, November 8th.