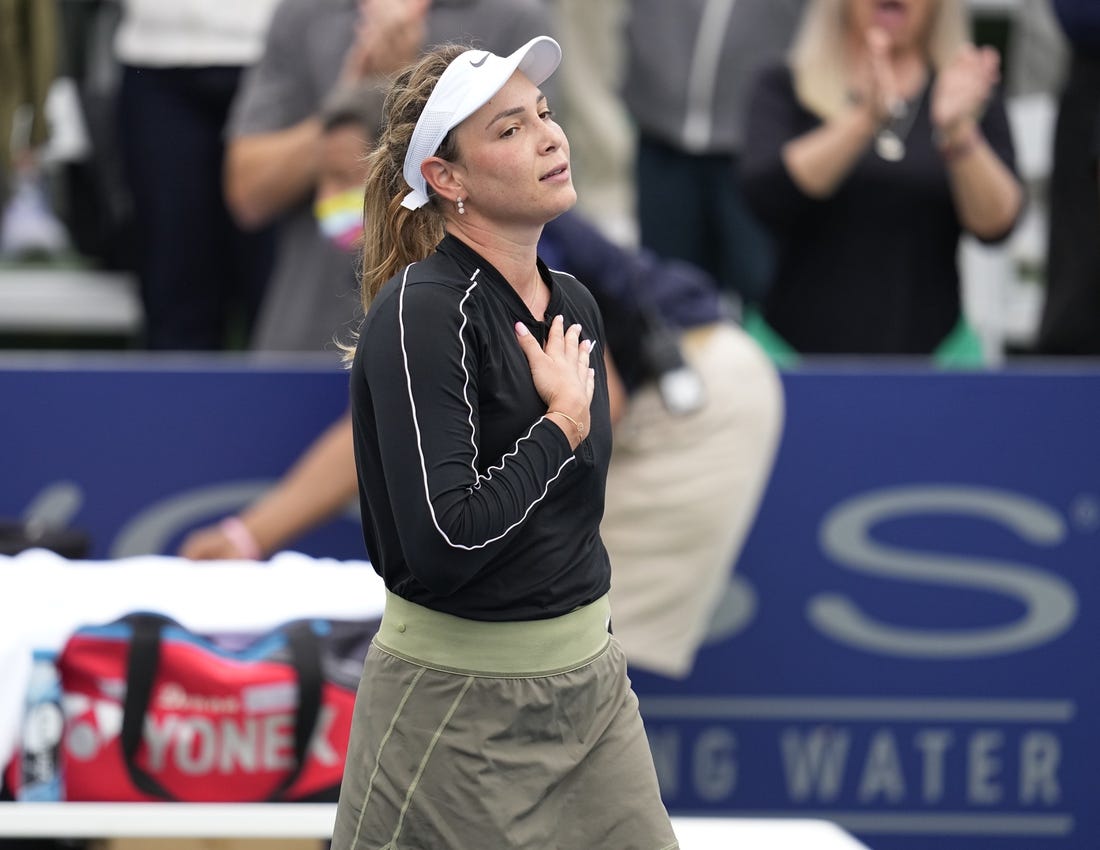 Donna Vekic of Croatia dominated the third set over second-seeded Aryna Sabalenko of Belarus to win a quarterfinal match at the San Diego Open on Friday, 6-4, 6-7 (5), 6-1.

Vekic missed an opportunity to end the match in the second set tiebreak when she lost her serve on consecutive points to fall behind 6-5, before Sabalenka won on set point.

However, Vekić took the lead after that, breaking Sabalenka twice in the third set.

The tournament’s top seed, world No. 1 Iga Swiatek from Poland, needed just over an hour to finish Coco Gauff from the USA 6-0, 6-3.

Swiatek will next play against fourth seed Jessica Pegula of the USA, who beat compatriot Madison Keys 6-4, 7-5.

Second-seeded Anhelina Kalinina of Ukraine won her first set against Anna Blinkova of Russia but crumbled after that, losing to 138th-ranked Blinkova 6-7 (7), 6-1, 6-3 in the quarterfinals in Cluj-Napoca, Romania.

Kalinina took the tiebreak in the first set on the third set point, but then broke her serve three times in the second set and once more in the third.

Blinkova advances to a match against fourth seed Anastasia Potapova of Russia, who defeated eighth seed Anna Bodnar of Hungary 7-7, 3-6, 6-1.

In the other semi-final, Xiyu Wang of China, the seventh seed, will meet Jasmina Paolini of Italy.