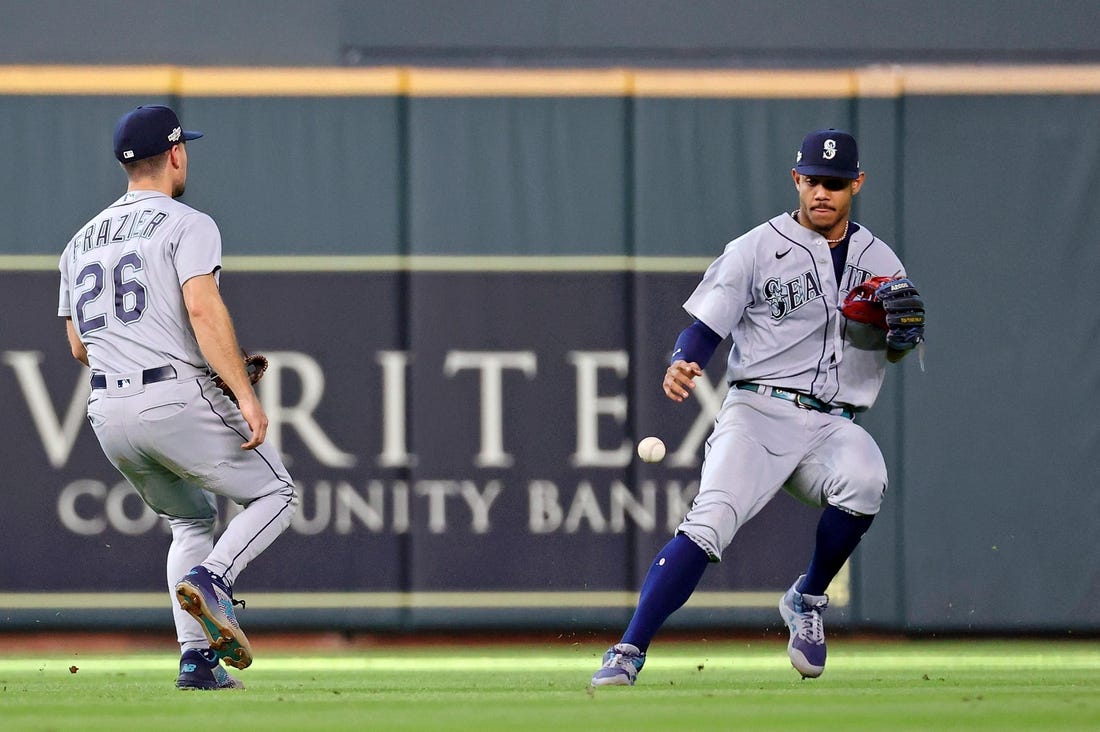 Seattle Mariners fans are ready to party like it’s 2001.

The Mariners will host their first playoff game after a record 116-win season when they take on the Houston Astros in Game 3 of the American League Division Series on Saturday afternoon.

Being in an 0-2 hole in the best-of-five series isn’t expected to dampen their enthusiasm.

“There’s going to be a lot of excitement out there,” rookie outfielder Julio Rodriguez said in a press conference Friday after the Mariners took practice. “I can’t wait to get on the field with them in the first postseason game in a long time here. I’m definitely excited about it and I know they’re going to enjoy it.”

The Astros rallied for an 8-7 victory in Tuesday’s series opener after Yordan Alvarez hit a three-run homer against reigning AL Cy Young Award winner Robbie Ray with two outs in the bottom of the ninth inning.

Alvarez went deep again Thursday with a two-run home run in the sixth inning off Mariners ace Luis Castillo to lead the Astros to a 4-2 victory.

“Certainly things didn’t go our way in Houston, but we also know what the environment is going to be here and we’re really excited about it and we’re looking forward to it,” Mariners manager Scott Servais said. “We have the pieces for it, no doubt about it. … The factor that I don’t think is talked about enough, I think will come up (Saturday) in the first inning, is when the 45,000 Mariners fans in the stands are pumped up and ready to play and everybody’s behind us.

“I talked about when we won or ended the drought, how valuable our fan base was to this team. This team really – we kind of bond, we go when it gets loud in here. And I’m really asking everyone to bring it… because we need it.”

The Mariners will also need another big performance from right-hander George Kirby (0-0, 0.00 ERA postseason; 8-5, 3.39 ERA regular season), who became the first rookie in major league history to record a postseason save in his first relief game in career when he closed out the wild card round in Toronto.

Kirby faced the Astros once this season, on July 31 in Houston. In the strict 75-pitch limit, he allowed two runs on four hits in four innings with seven strikeouts and a no-decision in a 3-2 extra-innings loss.

The Astros should start right-hander Lance McCullers Jr. (2022 postseason debut; 4-2, 2.27 regular season), who made just eight appearances this season — none against the M’s — after missing the first four months with a forearm strain. McCullers is 10-3 with a 2.80 ERA in 18 career starts against Seattle.

This will be McCullers’ 17th playoff appearance since 2015.

“There’s something to be said for a guy who’s been there before,” Astros manager Dusty Baker said. “So let’s just hope Lance is sharp and Lance is Lance.”

This will also be the eighth time McCullers has played in a game in which the Astros have a chance to close out the series.

“I think these are the moments where you want to be, as a team, as an individual. We put in a lot of hard work,” McCullers said. “I think pitching in big games … it’s an honor, it’s a privilege, it’s something you grow up as a little kid dreaming of doing. So there’s no doubt it’s going to be rocking (Saturday). But I’m excited to feel the energy and go out there and do my best.”