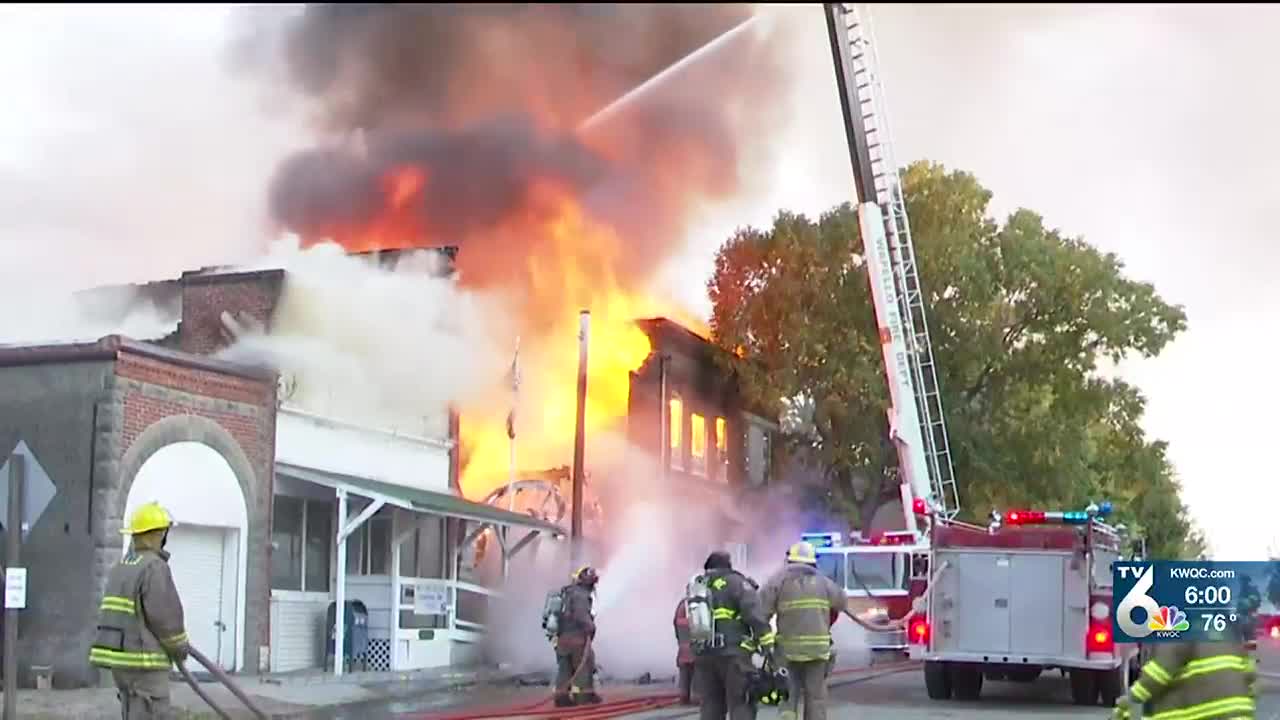 A fire that broke out in downtown Grandview on Friday caused the displacement of several people and the destruction of a post office.

Louisa County Dispatch received a report at 4:28 p.m. stating that a store located behind 114 S. Main St. was on fire.

The Grandview Post Office, which is located at 113 S. Main St., was among the three buildings where the fire had already spread when emergency personnel arrived.
According to the Louisa County Sheriff’s Office, all of the tenants were evicted before the fire spread to the buildings and the post office’s mail was removed.

While firefighters battled the blaze and tried to prevent it from spreading to other structures and homes, sheriff deputies helped to keep the people away from the area.

The fire did not cause any injuries.

All of the burning structures, including the post office, a bar, an apartment building, and a city shed, are regarded as total losses.

The cause of the fire is yet unknown. The Louisa County Sheriff’s Office and the Iowa Fire Marshals Office will continue their investigations into the fire.

According to the sheriff’s office, the fire forced the relocation of several households.

To aid families affected by the fire, the Grandview Community Bible Church and Red Cross are raising money and supplies. You can learn more about their initiatives at https://gcbchurch.com/give.