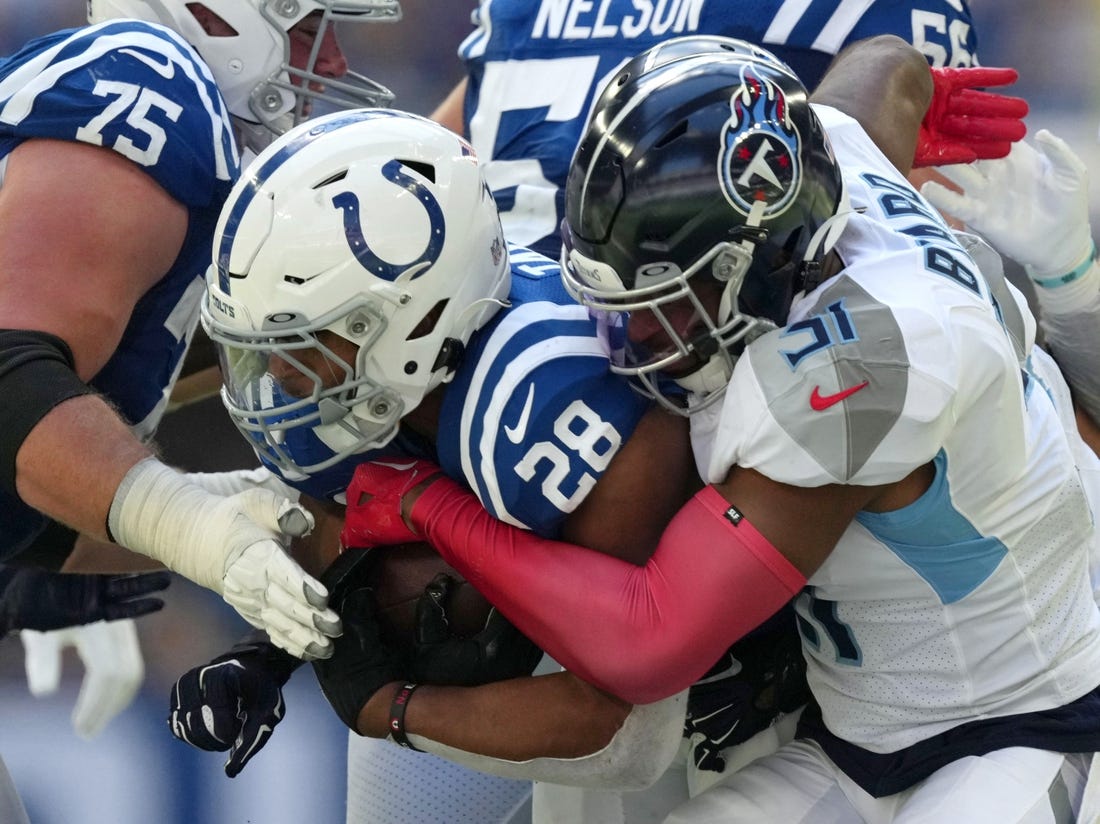 Indianapolis Colts running backs Jonathan Taylor and Nyheim Hines have been listed as questionable for Sunday’s game against the visiting Jacksonville Jaguars.

Taylor did not play in the Week 5 win against the Broncos because of an ankle injury that also kept him out of Wednesday’s practice. He was limited to sessions on Thursday and Friday.

The 2021 NFL champion suffered the injury in the fourth quarter of the Colts’ Week 4 loss to the Tennessee Titans.

Taylor, 23, has rushed for 328 yards and a touchdown and has nine catches for 44 yards in four games this season. He was held to 54 yards in the first meeting with the Jaguars, a 24-0 loss at Jacksonville in Week 2.

Hines was limited in practice on Wednesday before making full appearances in Thursday and Friday’s sessions. He is coming back from a concussion he suffered on the third offensive play against the Broncos.

The Colts ruled out linebacker Shaquille Leonard (concussion, nose, back) and defensive tackle Kwity Paye (ankle) on Friday for Sunday’s rematch against the Jaguars.

Price, 23, has yet to play in an NFL game after going undrafted out of Florida International.

Coutee, 25, had one catch for 5 yards in two games this season.

Tenuto, 23, was claimed by the Colts on Aug. 31, a day after being released by the Buffalo Bills. He has yet to play in an NFL game.