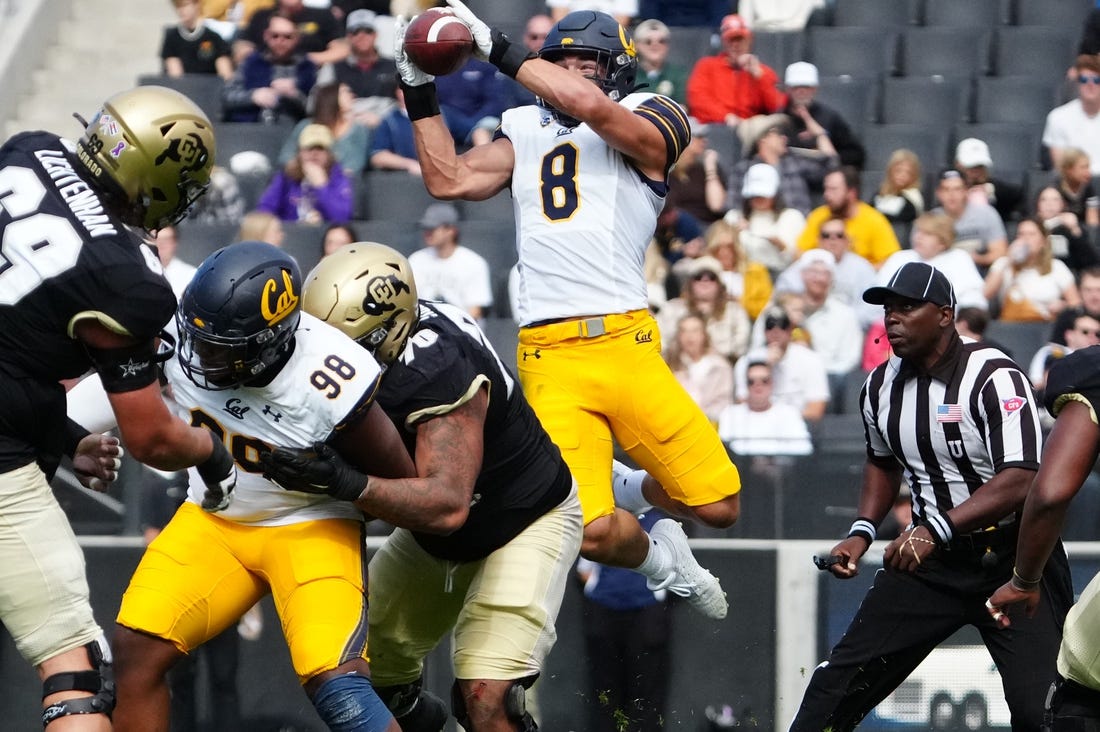 Colorado won its first game of the season, beating California 20-13 in overtime Saturday in Boulder, Colo., and interim head coach Mike Sanford Jr. he led the Buffaloes in his first game.

Sanford took over for the fired Karl Dorrell at the start of the Golden Bears’ bye week last week.

Colorado scored a touchdown to open overtime after JT Shrout’s 22-yard pass to Montana Lemonious-Craig was reviewed by replay officials. The catch was initially ruled out of bounds, but replays showed Lemonious-Craig’s right foot was on the ground before he fell out of the end zone.

California was stopped on downs in its possession through overtime.

On fourth down at the 11-yard line, Jack Plummer’s pass into the end zone intended for Keleka Latu was incomplete.

Shrout completed 8 of 12 passes for 69 yards in relief of starter Owen McCown, who was 13 of 21 for 104 yards with an interception.

California answered with a 34-yard Dario Longhett field goal as time expired in regulation after the Golden Bears had gone 59 yards on 12 plays.

The Buffaloes entered the weekend ranked 129th out of 131 FBS teams in total defense, allowing 508.8 yards per game. They were last in rushing defense giving up nearly 300 yards per game.

Colorado led 3-0 at halftime after limiting California to 103 yards, 23 on the ground. The Buffaloes held the Golden Bears to 35 yards rushing and 297 total in the game.

Plummer threw a 14-yard touchdown pass to J. Michael Sturdivant with 5:49 left in the third quarter to give California a 7-3 lead.

The teams traded turnovers before the Golden Bears tied the game at 10 with 10:20 left on Longhetto’s 27-yard field goal.