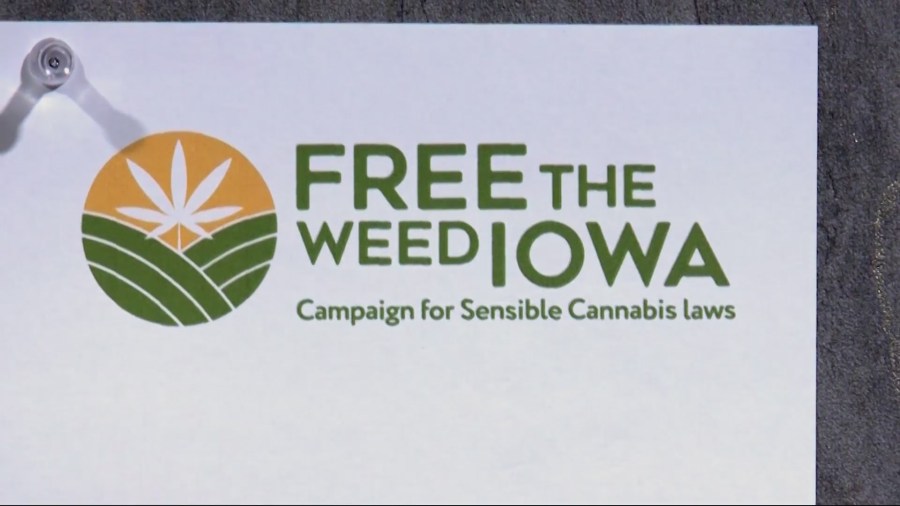 URBANDALE, Iowa — Cannabis reform is something the United States is seeing happen from state to state.

On Saturday morning, the Campaign for Sensible Cannabis Laws hosted a reform event to hear from community leaders and politicians about what needs to be done.

“Right now we’re trying to start a legislative and statewide debate about cannabis reform,” said Bradley Knott, founder of the Campaign for Sensible Cannabis Laws. “For whatever reason the Republican leadership refuses to let us have that conversation. So what we’re talking about is showing that there is political support for cannabis reform.”

The campaign has a petition to show political support for cannabis, which can be found here.

Politicians from several parties attended the event and gave speeches. Several state Democrats attended, and a state representative said Iowa House Democrats have a bill to introduce this session.

“The Iowa House Democratic Caucus has passed legislation to legalize recreational marijuana in Iowa,” said state Rep. Marti Anderson, (D) of Des Moines. “We’ve been working on it for about a year and it will be introduced in this upcoming legislature.”

Anderson noted that the Legislature needs to look at the facts about marijuana and act now, noting the potential tax breaks.

Rick Stewart, the Libertarian candidate for governor, was in attendance and gave a speech. He outlined what he would do on his first day in office to reform cannabis.

“I’m going to pardon every non-violent drug offender in the state. I can’t make the law, I’m just the governor,” Stewart said. “But when police and law enforcement know that everyone they arrest for a non-violent drug offense is going to get a pardon as soon as I hear about it, then they’re going to stop arresting people.”

Deidre DeJear, a Democratic candidate for governor, was also at the event and showed her support in a speech.