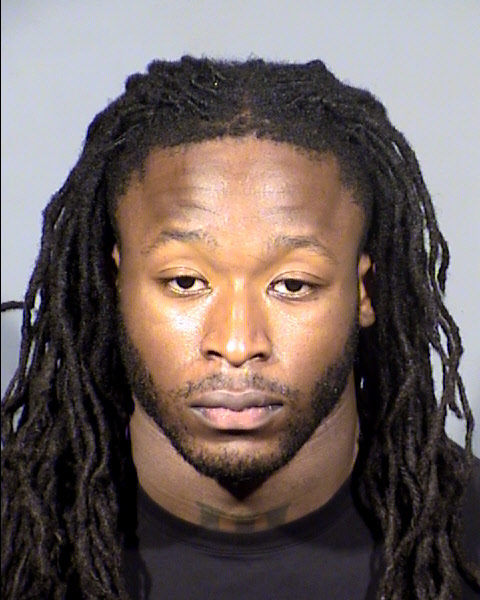 According to Las Vegas Police Department records, the victim, Darnell Greene, was at the Cromwell Casino at Drais After Dark on Las Vegas Boulevard around 6:30 a.m. on Saturday, February 5th. That’s when he said he was attacked by Kamara, less than six hours before the NFL Pro Bowl began at Allegiant Stadium.

Greene told police he was leaving the nightclub and headed toward the elevators, where he approached a large group of people waiting. He then spoke briefly with one of the group members. Then the problem started when the elevator doors opened.

Greene’s statement indicated that as he tried to get into the elevator with the group, a man, later identified as Kamara, put his hand on Greene’s chest to prevent him from entering. Greene then tried to push Kamara’s hand away from his chest, but was then pushed, causing him to stumble back.

His statement then stated that after he fell, several people kicked him and that he eventually fell unconscious.

Greene told police that the only person he remembered from the incident was a 5’10 black man in his 20s, with a muscular build and either dreadlocks or braided hair.

It was later discovered that Greene had suffered an orbital fracture on the right side of his face, which was so swollen that he could not open his eye. There were also minor injuries to the head, knees and hands.

Police surveillance added to the record showed the story played out exactly as Greene described the attack. He was seen briefly talking to the woman before being punched multiple times by the four suspects, including Kamara. Those photos were later published in lawsuit filed by Greene a few months later.

Greene falls back, still being hit. He becomes unconscious. Three other men join in and begin “stomping on Greene’s face, chest and legs.”

LVMPD reports that at no time did Greene hit, hit or push Kamara or anyone else in the group.

Nightclub security then gets involved and Kamara and the group are escorted out, leaving in a black SUV.

Although he was due to appear in court on Monday, February 7, Kamara’s trial was postponed to March 8.